Movsisyan was born to Armenian parents and moved to the Los Angeles area at a young age in the early ’90s due extreme violence against the Armenian community in his native country. Once settled, he discovered his passion for football (American soccer), starring on the Pasadena High School team and playing one year at Pasadena City College, before being discovered by MLS scouts in 2006. From that point on he played on multiple professional teams, gaining extreme popularity and fame. Movsisyan landed his current position on, Spartak Moscow, in August 2010 and was most recently cited as the best footballer of the Premiere League. 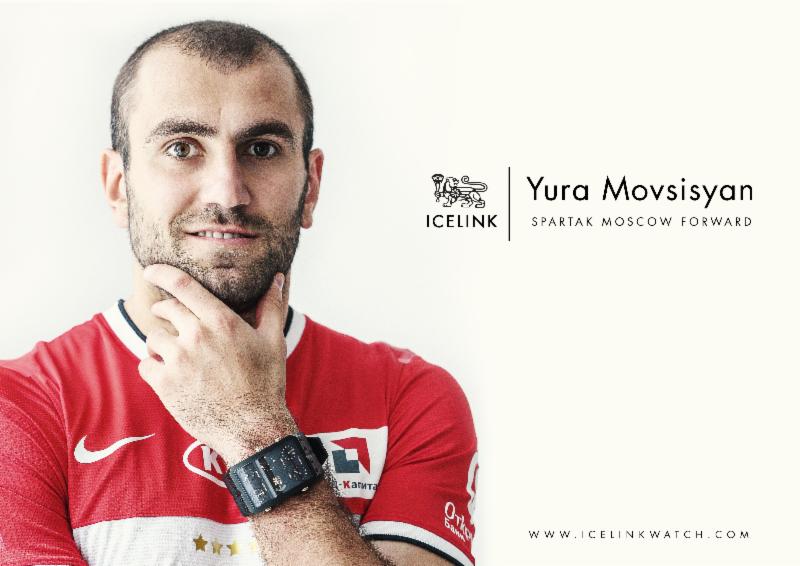 IceLink has chosen Movsisyan as a brand ambassador because he embodies the characteristics that IceLink has built its business on - beauty, pride, courage, fortitude, and a maverick sense of style and passion. The pro-footballer exemplifies standout authority, not in a dominating way, but by leading others with a loving heart both on and off the field. That along with his charisma makes him an obvious choice as the new brand ambassador for IceLink.

While Movsisyan is a fan of all of IceLink’s edgy, sophisticated designs, his favorite is the brand’s limited edition Zermatt - it helps him stay connected to family and friends no matter where his sport takes him.