A bit of mythology According to the legend, the maze of Knossos was built by the King Minos of Crete to imprison the Minotaur, fabulous monster with the body of a man and the head of a bull. Once construction has been completed, the building was such a tangle of streets, theaters and galleries, that even his engineer Daedalus and his son Icarus found themselves prisoners into the inside. 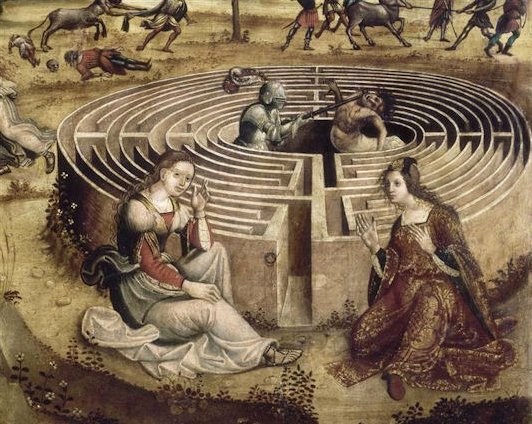 A medieval rendering of the Minotaur, Theseus and the Labyrinth myth

Each year, the city of Athens, under the rules of Minos, had to offer in sacrifice seven Athenians boys and seven girls to the Minotaur, who was eating humans. Until the day Theseus, son of the King of Athens, killed the Minotaur and managed to find the way out of the maze, thanks to the thread given by Arianne, (the daughter of Minos), which he used to scroll along the way.

When Valbray combines mythology and watchmaking: Oculus Minotaurus The circular aperture of the 16 diaphragm’s blades, manually actuated by the rotation of the bezel, reveals a three dimensional adjacent labyrinth and shaped in gold. Ingeniously positioned under a thin sapphire glass, a white steel ball moves free in this sinuous outline. 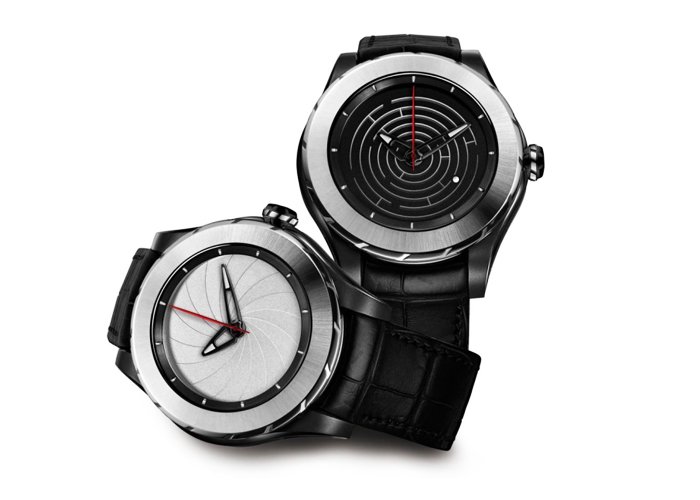 This is where the game begins: drag the ball among the branches, dead ends and wrong tracks in order to reach the goal, the center. Details of the watch, such as golden parts on sides crown and golden hours on the bezel, exalt technicity and precision of this timepiece. Finally, a magnificent engraving of the Minotaur appears on the back case.

Both classic and impertinent, the Minotaurus is an evocation to the mythology, a nod to a childhood game.