To launch its African Dream collection of ladies timepieces featuring leopard and giraffe print bezels, Gc held a special “American auction” at BaselWorld in which 250 numbered limited and signed prints by wildlife artist Stella Mays served as “raffle tickets” to win a specially commissioned work of art called “African Drama”. The beautiful pastel creation depicted a leopard in the savannah heat, and a heard of fleeing wildebeest in the distance.

All proceeds from the auction went to the David Shepherd Wildlife Foundation (DSWF), a small non-profit making charity supported by artists for the conservation of wildlife around the world. 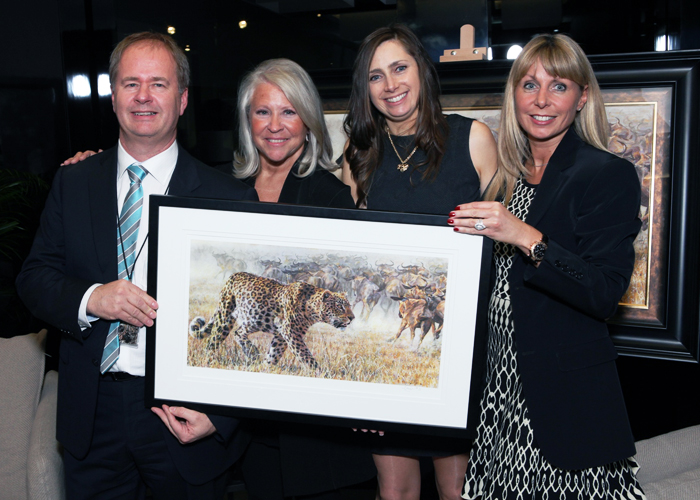 The Gc advertising campaign “Moments of Smart Luxury - Realise your Dream” is all about “real” people living “real” dreams. To promote its African Dream collection, Gc has chosen a young rising star artistic talent from the UK, Stella Mays. She, like many wildlife artists, has joined forces with the unique David Shepherd Wildlife Foundation (DSWF) to make a real difference in conservation through raising funds from their creations. Miss Mays thus embraced the brand’s spirit and became the perfect fit for Gc.

Launching this new collection‎, Gc revealed how the brand got inspired by the beauty of the animal’s unique coat and decided to apply it to its pieces. For CEO Cindy Livingston, “It’s time to give the leopard back its spots”.

The drawing of the winner took place on the evening of March 29th at the Sequel booth in the presence of the artist Stella Mays, Sequel business partners and international press.