“The Allegra collection is the showpiece which emerges out of a complex web, a boiling mass of ideas and feelings, but it also illustrates the harmony and sense of fulfillment that only fatherhood can bring. The Allegra collection is a symbol – my symbol – of life and love, made of all sorts of ties, some more important than others, but all forever united and entwined. Full, solid bonds of gold and leather – as colourful as life, and as vibrant as love. Rings, bracelets, earrings, pendants, and now a watch: the collection is complete, and I am proud of it.” Fawaz Gruosi 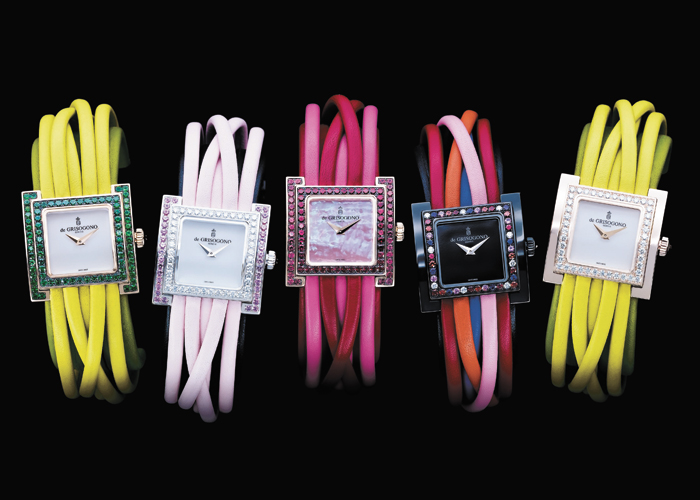 The square represents the essence of Fawaz Gruosi’s watchmaking style, even more than the circle. The Allegra watch - which gradually took shape in his imagination for ten year before it took shape in de Grisogono’s ateliers – is a double square or a squared square.

It encloses and encircles time with the dazzling fire, light, and energy of precious stones, featuring gems that sculpt the perfectly proportioned square form of the case. Aimed to be more than a watch, it becomes a jewel that tells the time; but most of all, it is a quintessentially, exuberantly feminine bracelet.

In deciding how to place this double square on the wrist, Fawaz Gruosi recaptured the essence of wristwatches of the 1930s when the stars of the silver screen wore precious wristwatches on delicate cords. There is a distinct Hollywood flavour to the firework array of colourful straps gracing the new Allegra collection: a spirit of dolce vita and of joie de vivre.

Above all, Allegra is about creating a multi-facetted and colourful companionship between the watch and the woman who wears it. The leather bonds both hold and release, their suppleness as a symbol of faithfulness, keeping step with every movement. As aimed by its creator, Allegra is a watch for the young and the young-at-heart. 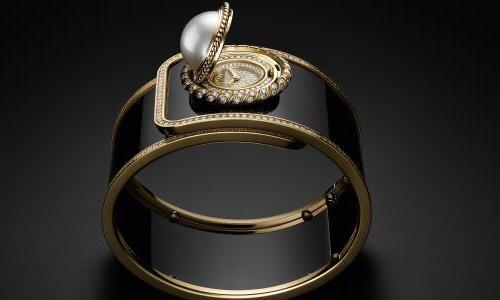 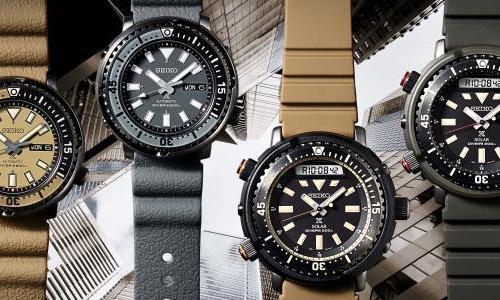 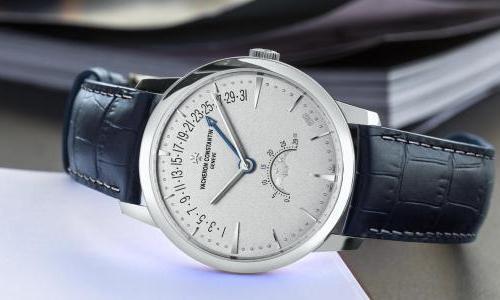