The watches will be worn as part of the players’ Matchday outfits this season, and mark yet another milestone of this long-term partnership between the Swiss luxury watch manufacturer and the emblematic London football club. 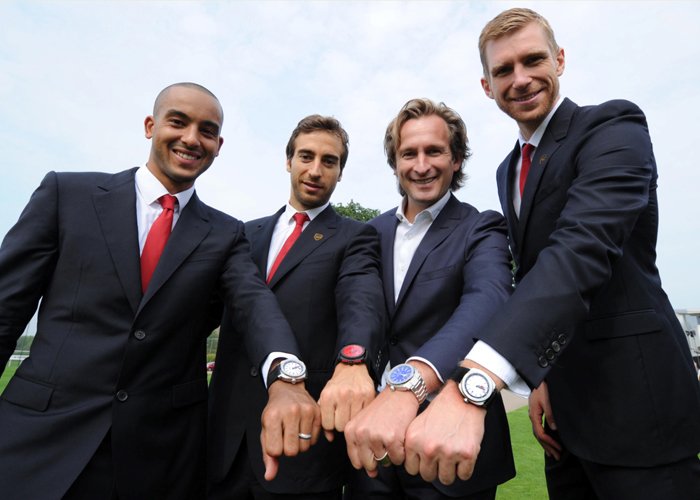 “It is my great pleasure to hand over each of these energetic and talented players their personal JeanRichard timepiece,” said JeanRichard Managing Director Bruno Grande. “This is the next step and a continuation of our partnership as well as an emphasis on the players’ own Philosophy of Life. JeanRichard is proud to accompany them on their campaign for the 2014/2015 season and on this exciting journey now also on their wrists.”

First introduced to the international media and watch aficionados in March 2014 at BaselWorld, the JeanRichard Aeroscope Arsenal FC Limited Edition and the Terrascope Arsenal FC Special Edition are both eye-catching timepieces. The two dynamic and sporty watches with “a strike” of red both reflect the JeanRichard Philosophy of Life as well as the strength and passion of the emblematic Gunners and are sure to keep the JeanRichard men, Arsenal fans, and any football enthusiasts on the ball.