The inaugural piece from the collection which will be unveiled during the World Presentation of Haute Horlogerie (taking place in Japan from October 28 - 31) is set with no fewer than 92 Ashoka® cut diamonds, 131 Ideal Cut diamonds and two baguette cut diamonds - making a total of 225 diamonds, one for every year that Backes & Strauss, the world’s oldest diamond company, has been in existence. The total weight of diamonds used in the watch amounts to 26.21 carats.

Visitors will be truly dazzled by this unique timepiece from Masters of Diamonds Backes & Strauss, which draws its inspiration from the legendary Ashoka the Great, benevolent ruler of India’s Maurya dynasty during the third century BC. From the depths of the Hindu Kush to the jungles of Bengal, Ashoka presided over an impressive empire - but, unlike many of his peers, he ruled with love, respect and compassion for his subjects having decided to turn his back on war and adopt Buddhism as his way of life. He spread the doctrine throughout Asia, establishing monuments to Gautama Buddha. 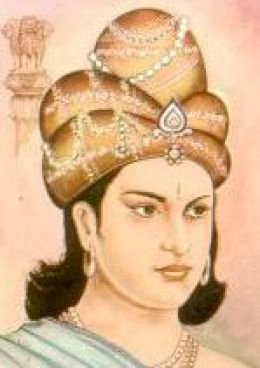 Many hundreds of years after his death in 232 BC, Ashoka’s name was adopted for a 41.37 carat, D colour, internally flawless diamond which was pulled from an Indian mine and cut by an unknown craftsman of unrivalled skill. Such is its beauty, it has been credited with the ability to abolish sorrow and eradicate pain.

Inspired by the mystical ’Ashoka Diamond’, William Goldberg, the legendary Manhattan diamond company, created an entirely new, unique and original cut called the ’Ashoka®’ that was granted its very own patent. An elongated, antique cushion cut that captures light and disperses it with a fiery brilliance, the Ashoka® can only be executed using diamonds that meet the Goldberg family’s exacting specifications - and only Goldberg master craftsmen have the skill, experience and expertise to bring to life the Ashoka® cut which has 62 displayed facets and rounded corners.

“We are thrilled to be partnering with Backes & Strauss for the launch of the Royal Ashoka® watch collection. The beauty of our diamonds will be accentuated in the magnificent Backes & Strauss timepieces and we are very excited with the launch in Japan as demand for Ashoka® diamonds grows internationally,” says Saul Goldberg, CEO, William Goldberg.

Combining a brilliance for horology and a passion for diamonds, Backes & Strauss is the ultimate diamond watch company. Adding a line of unique timepieces using William Goldberg’s Ashoka® diamonds was the perfect addition to the world’s oldest diamond company’s Royal collection. “William Goldberg and Backes & Strauss both share a deep appreciation for handcrafted precision and challenging their craftsmen at the highest level. The result of this meeting of masters is a collection of timepieces so intricate they are masterpieces inside and out,” comments Vartkess Knadjian, CEO, Backes & Strauss.