Sotheby’s - The Henry Graves Supercomplication Beats its Own Record

Sotheby’s - The Henry Graves Supercomplication Beats its Own Record

Last night, at Sotheby’s Geneva, The Henry Graves Supercomplication re-established its supreme status as the most valuable timepiece in auction history, selling CHF 23.2 million ($24 million / €19.3 million / £15.1 million), thereby beating the record of $11 million it established in 1999*. Five bidders competed for this masterpiece of horology which went to an anonymous buyer in the room after 15 minutes of suspense. 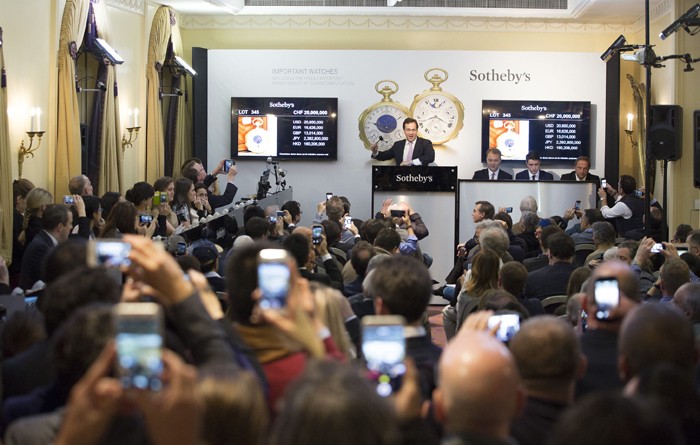 Commenting on the results of the sale, Daryn Schnipper, Chairman of Sotheby’s Watch Division and Tim Bourne, Sotheby’s Worldwide Head of Watches, and this evening auctioneer said: “This stellar result confirms the “rockstar” status of The Henry Graves Supercomplication. It is more than a watch. It is a masterpiece which transcends the boundaries of horology and has earned its place among the world’s greatest works of art. The fascination it has attracted over the past few months, as Patek Philippe celebrates its 175th anniversary, is a fitting tribute to the genius of the Swiss manufacturer.”

About the Henry Graves Supercomplication In 1925, Patek Philippe was commissioned by Henry Graves, a prominent New York banker, to produce the most complicated watch in the world. The product of three years of research and five years’ effort by the most skilled technicians, this extraordinary timepiece is a gold openface minute repeating chronograph clockwatch with Westminster chimes. 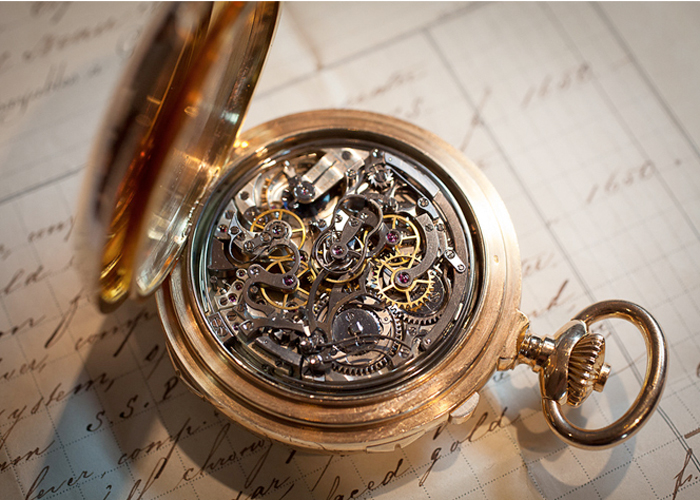 Among the features it incorporates are perpetual calendar, moon phases, sidereal time, power reserve, and indications for time of sunset and sunrise and the night sky of New York City. With a total of 24 horological complications, The Graves watch retained the title of the world’s most complicated watch for 56 years and even then was only surpassed by technicians working with the aid of computer-assisted machines.

*Sotheby’s first sold the Henry Graves Supercomplication in New York in December 1999, as part of a sale of 81 masterpieces from the world-renowned Time Museum. Offered with an estimate of $3-5 million, the watch sold for a record-breaking $11 million, a world auction record for a timepiece until last night.