Bomberg isn’t your average watch brand... It’s motto? Don’t do anything like everyone else.

The Swiss brand has demonstrated that it is possible to break the rules in the highly standardised world of watchmaking. Indeed, for its first campaign the brand chose Chris “Birdman” Andersen, a famous and highly tattooed NBA basketball star to carry its image and products.

For its second wave, Bomberg hasn’t lost its defiant approach. With a masculine, solid product, embellished with distinguishing features – crown and buttons placed at 12 o’clock, dual usage wrist or pocket, skull-and-crossbones chain – its advertising duty was bound to be just as provocative as the product itself. 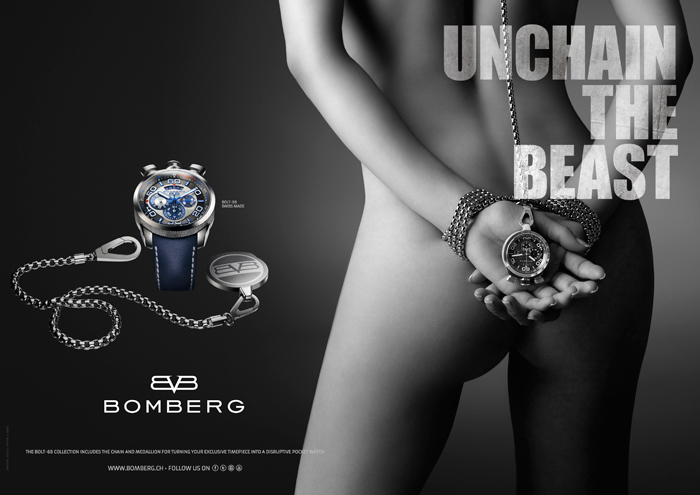 “Unchain the Beast” Advert by Bomberg

The new Bomberg campaign plays with both word and image, pushing the boundaries and “crossing the line”. The advertisements come in three versions; “Toys for Boys”, “Be the Boss”, “Unchain the Beast”. The visuals are just as straight to the point and direct. The juxtaposition of the two yields a strong campaign directly targeting male consumers. French photographer Hervé Lewis is behind the series of pictures. A disruptive approach sprinkled here and there with a hint of S&M. 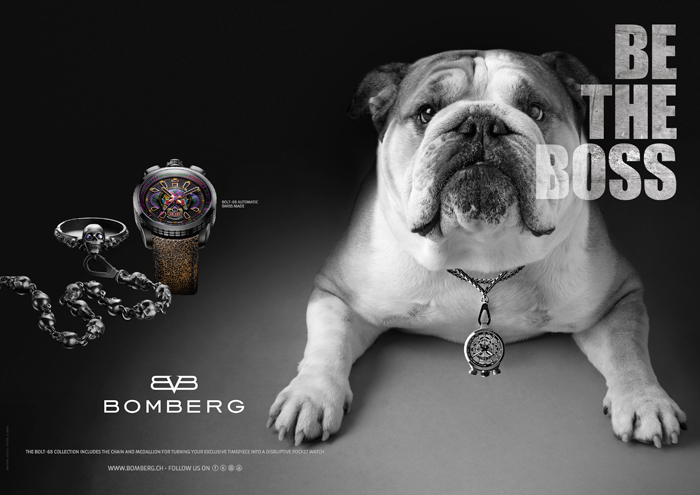 “Be the Boss” Advert by Bomberg