Phenomenally successful, Montegrappa’s Batman pen collection has inspired a range of writing instruments sure to delight any comic book fan with a love for objects related to favourite characters. Called “DC Comics Heroes & Villains” - the new series commences with four pens for four characters in each category. All will be offered as fountain, rollerball and ballpoint pens.

Chosen for the first quartet of heroes are Batman, Superman, Wonder Woman and Green Lantern. The nemeses of Batman comprise the first four villains: The Joker, The Penguin, Catwoman and The Riddler. Every pen boasts an evocative design, in each hero’s or villain’s signature colour scheme. 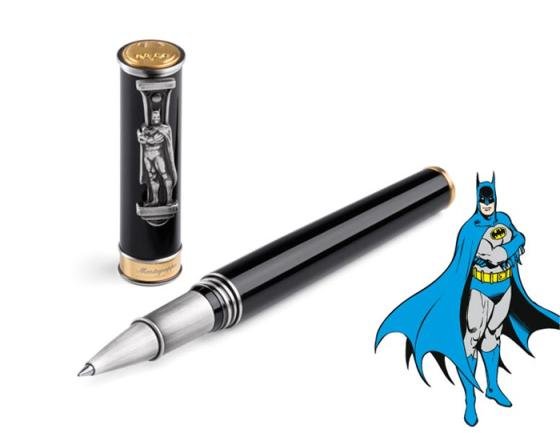 BATMAN Batman, of course, is all in black, with the ‘Bat’-Symbol on the cap’s top, and a pocket clip with lowrelief full-height figure. 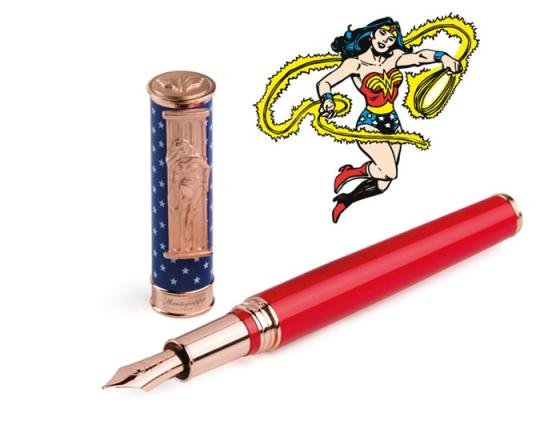 WONDER WOMAN The red-and-blue pen created for Wonder Woman features her signature white stars, the winged “W” logo on the cap and an image of the superheroine on the pocket clip. 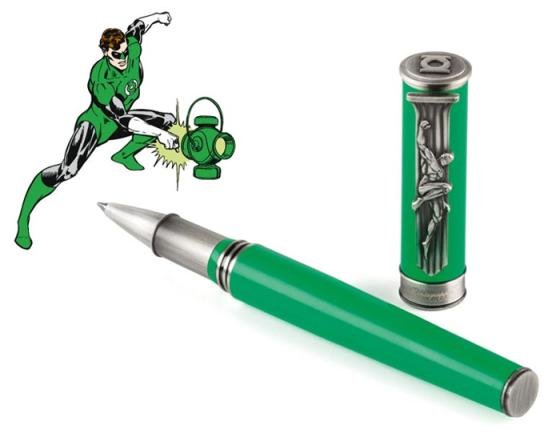 GREEN LANTERN The emerald-green pen dedicated to Green Lantern is accented with black fittings, his logo on the cap and an action pose on the pocket clip. 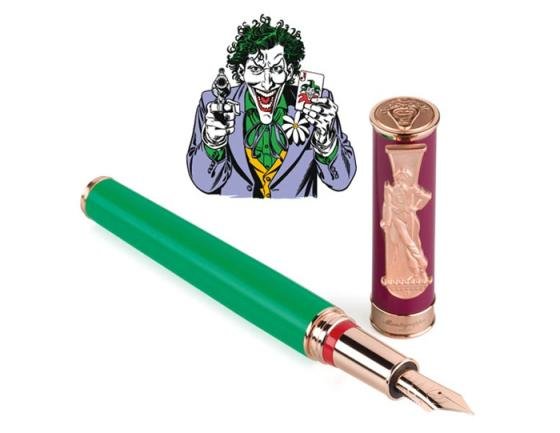 THE JOKER For the villains, each has his or her special features represented as well, with full height figures engraved on the pocket clips: for The Joker, the combination of purple cap and green barrel convey his lurid attire, with his grinning face adorning the cap. 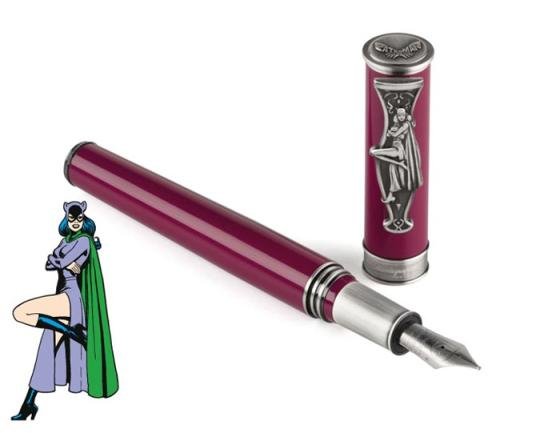 CATWOMAN Catwoman is honoured with a dark purple pen with her ‘cat’s eyes’ logo topping the cap, her pose as feline as one would imagine. 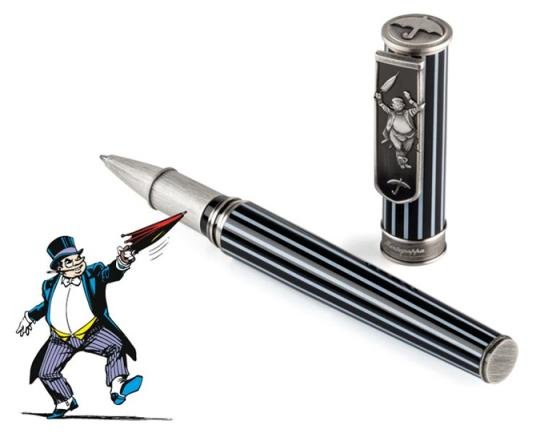 THE PENGUIN The Penguin, naturally, commands a black pen with the very pinstripes that adorn his trousers, the villain posed on the clip with umbrella held aloft, and the umbrella logo gracing the cap’s top. 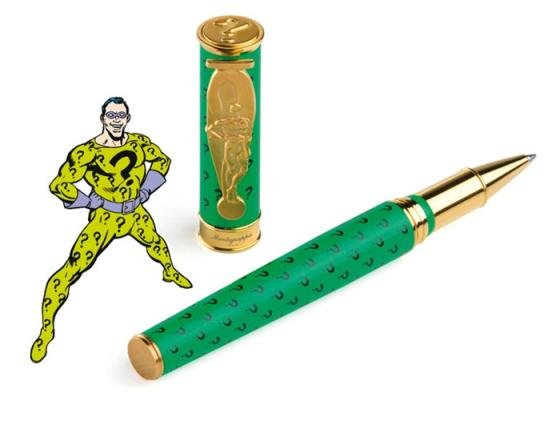 THE RIDDLER The all-green pen celebrating The Riddler boasts a question mark on the cap’s top and the same inquisitive punctuation all over the barrel and cap.