The (smart) watch of the day: Vector

The (smart) watch of the day: Vector

You have to walk a bit outside of the Messeplatz to find Vector’s venue. But this outsider intends to play its cards right in the middle of the new connected battle over the wrist. “For us, the Apple Watch is a blessing, as it will open up the smartwatch market”, says Joe Santana, ex CEO of Timex and new CEO of Vector. Next to him sat former Nike designer Steve Jarvis and Vector CTO Andrei Pitis, for a detailed talk with Europa Star.

A notable feature of the Vector smartwatch includes a 30 day battery life. For comparison, the Pebble can last 7 hours, and Apple – well, it remains to be seen... A prowess made possible with some compromises: among them, a black-and-white dial, no touch screen and low-energy Bluetooth.

Also, its main model is round, unlike many Californian or Korean connected devices: “People don’t want a hamburger on their wrist!” says Santana. “It must remain a watch and 80% of the watches people are used to see are round-shaped. We don’t trade design for technology”.

The team has been working like hell since September to present their collection of three styles of smartwatches, ready to order right now for delivery in July. Prices start at 200 dollars and go up to 349 dollars, “just between the lower-end products of Apple and the higher-end products of Pebble”.

Read the full story in our upcoming print issue. (SM) 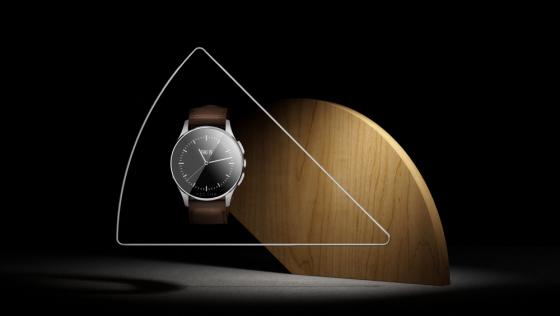