What do fine watches and fine arms have in common? Answer: LEBEAU-COURALLY

What do fine watches and fine arms have in common? Answer: LEBEAU-COURALLY

Lebeau-Courally has added a new star to its watch collection, although the focus this time is not the sun, but the moon. The new Phase de Lune features an innovative fixed moon phase, the first to embody a realistic representation of the different lunar phases. It reproduces the natural phenomenon of the moon by using a rotating disc that covers part of the fixed moon, which is made of extremely detailed enamel “grand feu”. This complication is achieved by a new in-house LC0040 calibre movement.

Speaking of caliber, back to our starting question: what do firearms and watches have in common? Calibre, barrel, lever…. both watch-making and firearm-making share the same vocabulary. In the valleys of Neuchatel, Switzerland, and Liege, Belgium, the same craftsmen that made the highly precise pillar plates for the world’s first clocks also crafted the pillar plates for the world’s most sophisticated firearms. It made sense; both crafts demand precision and quality.

From its early days until now, Lebeau-Courally continues to pays homage to both crafts. Each of its quality timepieces has the DNA of its origins in fine firearm-making. The Phase de Lune, for example, also has the iconic lever design feature of all Lebeau-Courally watches, the so-called “clé de fusil”. It also has a double barrel manual winding mechanism which guarantees a power reserve of at least 100 hours. Four days after your first wind, and you’ll still have your eyes on the moon! (VJ) 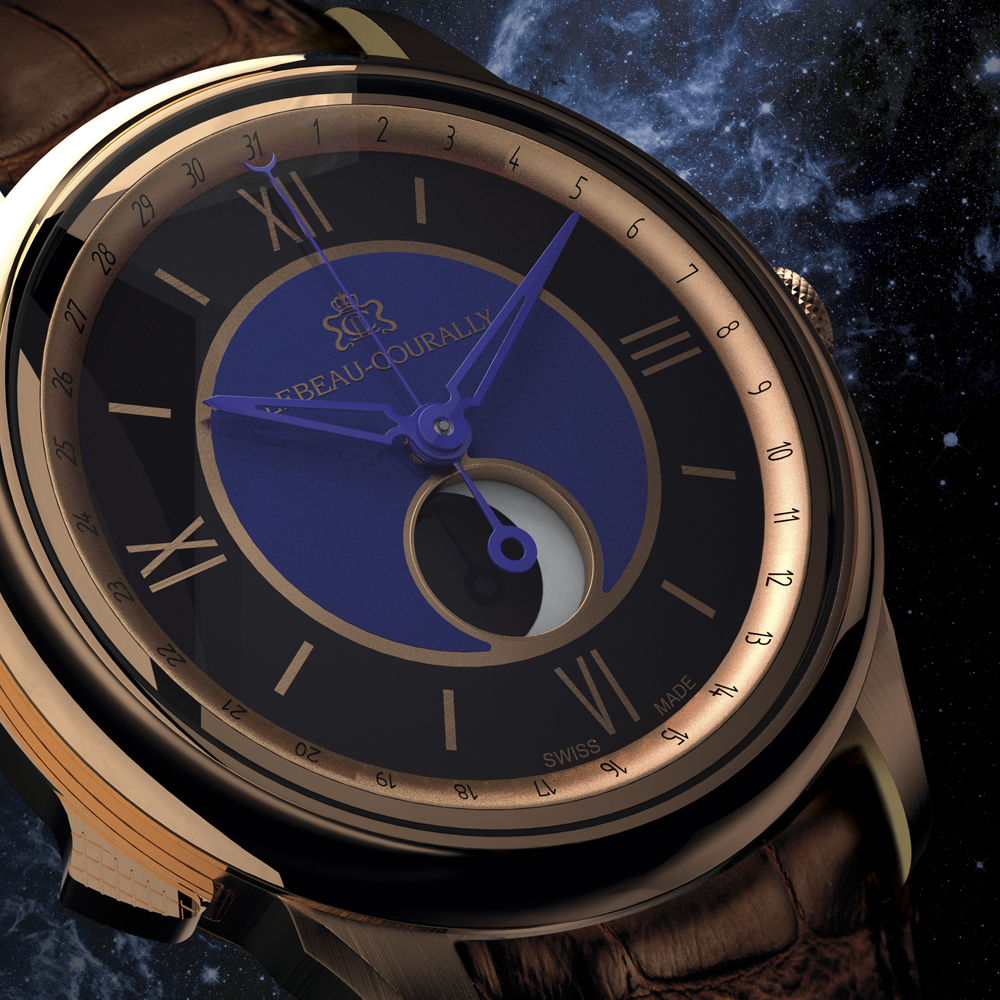