Each Wednesday, we feature a special watch that caught our eye. This week, we take to the skies and look at Christopher Ward’s new C8 P7350 Chronometer – 75-piece Limited Edition.

A symbol of British pride, the Spitfire made its name during the Battle of Britain in 1940, one of the most iconic air battles of the Second World War. To commemorate the 75th anniversary of that battle, Christopher Ward has announced a limited edition timepiece, of which, as expected, only 75 will be made.

Now for the special bit: each new watch incorporates a piece of that history – a fragment of original Dualumin from the most original and historically significant Spitfire to have flown in the battle, the P7350. In fact, this aircraft is still flying today! But don’t think that the plane is now missing some key components which were then used in Christopher Ward’s new wristwatches: the Dualumin that was taken from the cockpit of the plane has been replaced during restoration done in 2008. 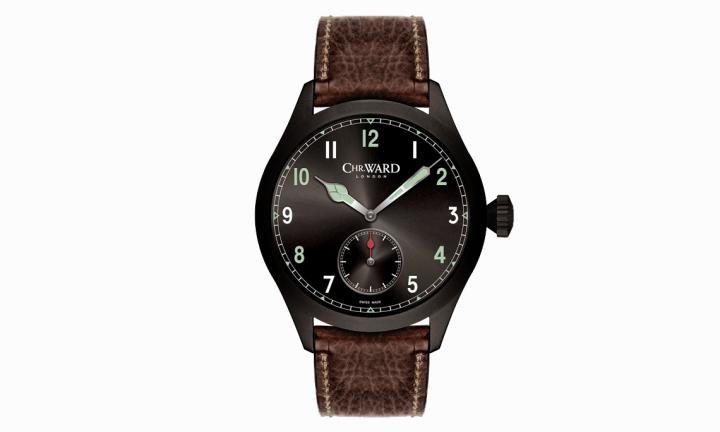 The design of the C8 Chronometer is based on the Smith Mk II A clock that was used in plane’s cockpit. The airplane and watch aficionados will notice that the original index fonts and colours, and the black, anti-reflective case are matched closely on each.

The case back shows the piece of metal from the P7’s cockpit, protected by museum-grade sapphire crystal. A silhouette of the plane has been cut into the metal, which also shows some bullet holes which seem to have just missed the plane. 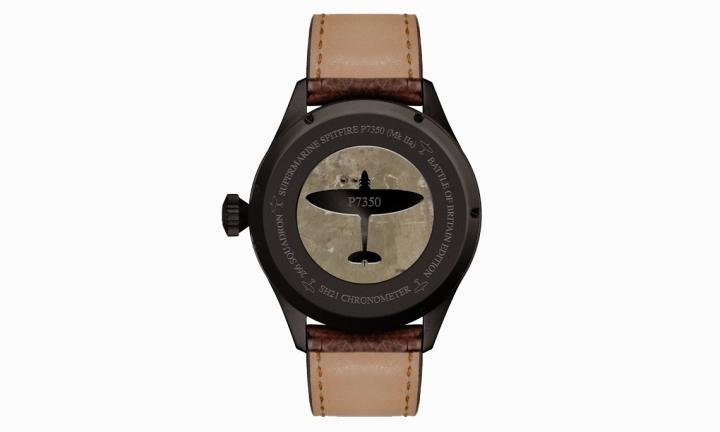 The watch is driven by Christopher Ward’s groundbreaking in-house 27-jewel movement, Calibre SH21, which was launched last year. Providing 5 days of power reserve, each movement is a certified chronometer through COSC.

And adding to the special story, Christopher Ward have arranged for the 75 limited edition models of the watch to actually take to the skies in a Spitfire flypast on 18th June, 2015.

This piece of British history, which also combines the talents of one of the most exciting British watch brands, is priced at £3495/US$4800/€4500, and is open to pre-orders. (VJ)