What James Bond Can Teach Us About Watches

What James Bond Can Teach Us About Watches

In the world of mechanical luxury watches, the “Quartz Revolution” - or “Quartz Crisis” depending on your tastes for the dramatic - is something that is talked about in a negative light.

For the purists, it was a “crisis” because a quartz watch doesn’t have the soul of a mechanical watch. This is similar to how car enthusiasts feel about electric cars compared to the classic internal combustion motors. During the 1970s and 1980s, many of the mechanical watch brands simply couldn’t compete with the quartz. They were either bought up by the bigger fish, or they simply went out of business.

But the pragmatists might say that it was a “revolution” and not a crisis, because it made watches more affordable and more accurate. This started with high volume production by Seiko in 1969 and followed shortly after by the Swiss in 1970. From that perspective, it wasn’t all bad, as more people could wear watches around their wrists more often, and they didn’t have to rely on others for constant servicing.

According to watch expert and enthusiast Dell Deaton:

“The Quartz Revolution was nothing more than about making watches cheaper. The most important outcome of the Quartz Revolution was that it delivered a vast leap in one’s personal, mobile ability to control his own timekeeping. It was the culmination of a centuries-old pursuit, and it was delivered at exactly the period in history when consumers were ready for it and demanding it.”

In that sense, the quartz brought on more of a revolution from the people than a crisis from the companies. As Deaton continues:

“The Quartz Revolution is essentially a consumer-driven story. That’s something too easily missed when you exclusively focus on the watch companies, betting on winners and losers who anted up for the battles as they played out in the 1970s, ’80s, and then finally settling down in the 1990s."

As quartz watches became more popular, they also democratized the industry from a consumer perspective, allowing more people to appreciate timepieces at an affordable price. But if something becomes commonly available, it suddenly loses its cool factor, doesn’t it?

Well, it’s hard to say that quartz watches were not cool, when they were worn by the cool and suave James Bond.

Known for his futuristic gadgets, James Bond’s quartz watches also fit in perfectly with the futuristic trends of that era. Take, for instance, the world’s first electronic digital watch - introduced by Hamilton on 6 May 1970 - which was worn by James bond in the film “Live and Let Die”. 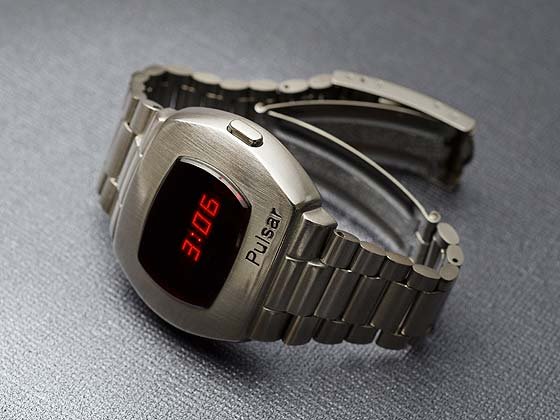 The Hamilton Pulsar from “Live and Let Die”

To commemorate the importance of quartz watches in society, there is a new exhibit called “James Bond Wore the Quartz Revolution”, curated by none other than James Bond expert Dell Deaton. Explaining the importance of Bond for the watch world, Deaton said:

“This exhibit seeks to explain why this revolution happened when it happened and shows how it continues to remain invaluable to contemporary society—at the very least, to reopen the discussion and move beyond cliché. By focusing on the fictional ’James Bond’ character, we create a proxy for the consumer that can stand as a brand on equal footing with those of watchmakers.” 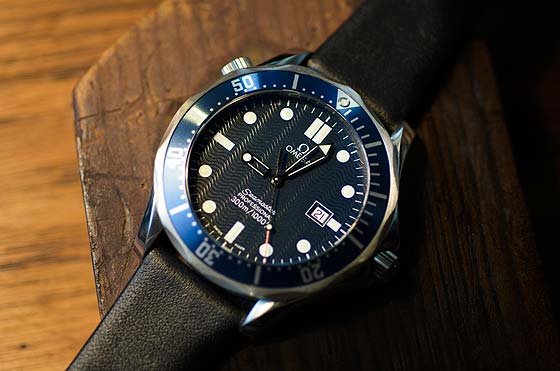 The Omega Seamaster from “GoldenEye”

This exhibit is based on all 12 examples of quartz wristwatches James Bond has worn, from 1973 through 1995. So now you can see what James Bond wore on his wrists when fighting the bad guys, and at the same time track the evolution of the quartz watches over two decades. Of course, now it seems that Mr. Bond’s tastes have changed, and he’s gone back to mechanical movements. I wonder if a sponsorship deal had something to do with that…

The James Bond Wore the Quartz Revolution exhibit opens June 3, 2015, at the National Watch & Clock Museum in Columbia, PA, USA. And to see James Bond’s evolving watch tastes, beyond his quartz phase, check out the infographic below. (VJ)

The evolution of James Bond’s wrist