How to best integrate tech with time? Look at the Montblanc e-strap

How to best integrate tech with time? Look at the Montblanc e-strap

The problem of integrating new technologies with the timelessness of mechanical watches is obvious. Montblanc’s approach aims to keep its customers connected while also wearing watches that stand the test of time.

Wristwatches made in the Swiss tradtion are made to stand the test of time, still ticking after decades if not centuries. In that sense, the best made watches can remain timeless. Sure, wirst watches today might have slightly bigger dials, and use modern materials like silicone. But thier mechanical essence remains largely consistent over time.

Technology, on the other hand, is everything but timeless. In fact, the technological innovations of today sometimes already feel obsolete by tomorrow. As one example, think about the first mobile phone you ever owned or the first computer, and then compare them to what you use today. In the tech world, the focus is not on today, but how to bring the future closer to our present.

With those two competing perspectives, how can the tech world and the mechanical world of watches become integrated? Is it really possible to make a watch stand the test of time, and at the same time make it adaptable to changing modern technology?

One solution is to go the Apple Watch route: constantly release new devices to keep up with technological innovations. Another is to separate the watch from the technoolgy alltogether.

Back in January 2015, Montblanc became the first luxury brand to combine wearable technology with luxury mechanical Swiss watchmaking. At the Salon International De La Haute Horlogerie (SIHH) here in Geneva, the brand announced the release of its TimeWalker Urban Speed e-strap. It made its first appearance on the wrist of CEO Jérôme Lambert. 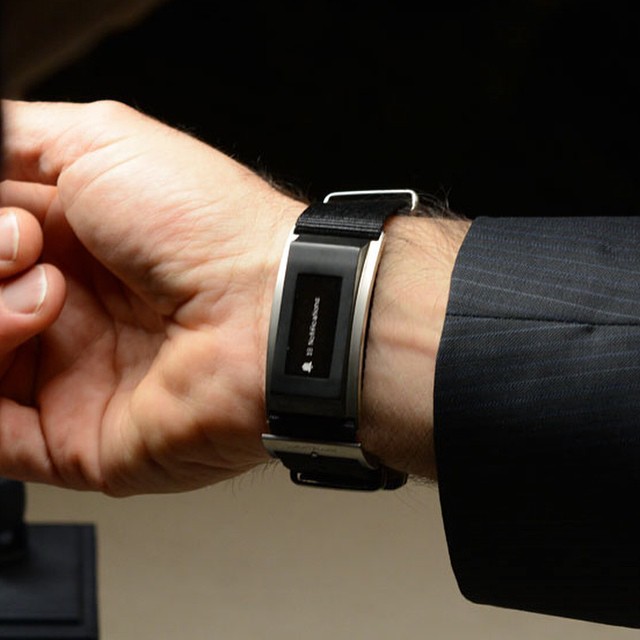 The e-strap on CEO Jérôme Lambert

The key part of that announcement was that the new interchangeable e-strap would integrate smart functions like activity tracker, notifications, remote controls and Find-Me functions. Importantly, it was designed to allow the wearer to stay connected and at the same time still wear a traditonal luxury mechanical timepiece. Costing around $390 (about the price of an Apple Watch), it accompanies the TimeWalker series of Montbalnc watches, which range between $3,700 and $5,800.

The smart strap was developed under Alexander Schmiedt, Montblanc’s managing director for watches, who was well aware of the possible problems for the fusion of mechanical watches and new technology. From Montblanc’s watch factory in the Swiss town of Le Locle, Schmiedt sounded bullish, suggesting that his watches will outlast the Apple Watch

“Our products should have very long life cycles. In modern technologies the life cycle is exactly the opposite. It may be the hottest thing today, and in one year it’s already outdated, and in two years you’re made fun of for still using it.” 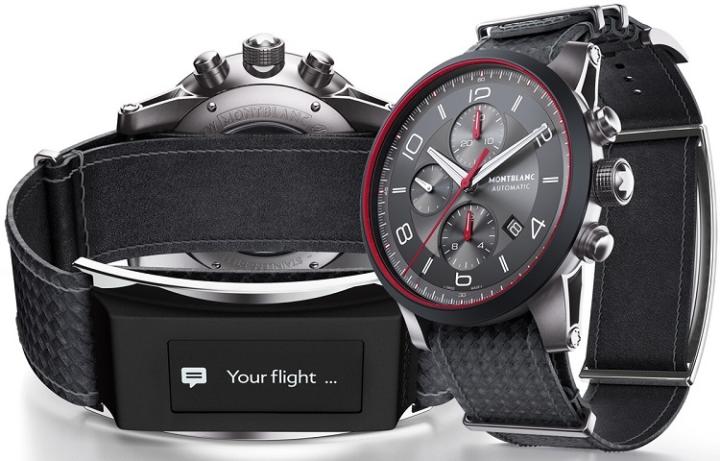 Richemont founder Johann Rupert also shared the same sentiment. And despite being a fan and user of Apple products, Rupert does not believe their model can apply to his company’s watches:

“I love Apple, but just when I’ve gone and set everything up for an iPhone 5, the iPhone 6 is coming out and the cords change. That is not to say the Apple Watch is not a great product. I predict it will do very well, but I don’t think that customers are going to be ecstatic to throw away watches in one to two years when the technology is obsolete.”

Montblanc’s strategy seems pretty clear: keep the purity of mechanical watchmaking and only integrate technology in its watchbands. In that way, it effectively separates the tech trends brought on by smartwatches, and simply moves them down to the underside of the wrist.

The strategy does have its merits. If the smartwatch ends up being only a fad, then a Montblanc customer can just remove the e-strap and continue to wear a traditional luxury timepiece. The drawbacks, at least initially, appear to be that the e-strap will not be able to match the functionality of a pure smartwatch.

In the end, between forward-looking smartwatches and timeless mechanical watches, there seems to be a third option, as shown by Montblanc. (VJ)