The brand with royal heritage has unveiled the new descendant in its watch collection.

Many watch brands pride themselves on their heritage, history, or tradition. In this case, we have a brand that can boast all there adjectives, and maybe include a fourth: imperial!

Jérôme de Witt, founder of DeWitt watches, is the descendant of European emperors and kings. He is the namesake of one of his ancestors, King Jérôme of Westphalia. His closest relative is King Léopold II of Belgium, his great-grandfather. But perhaps most widely known to us all is another man in his family tree, Emperor Napoléon! 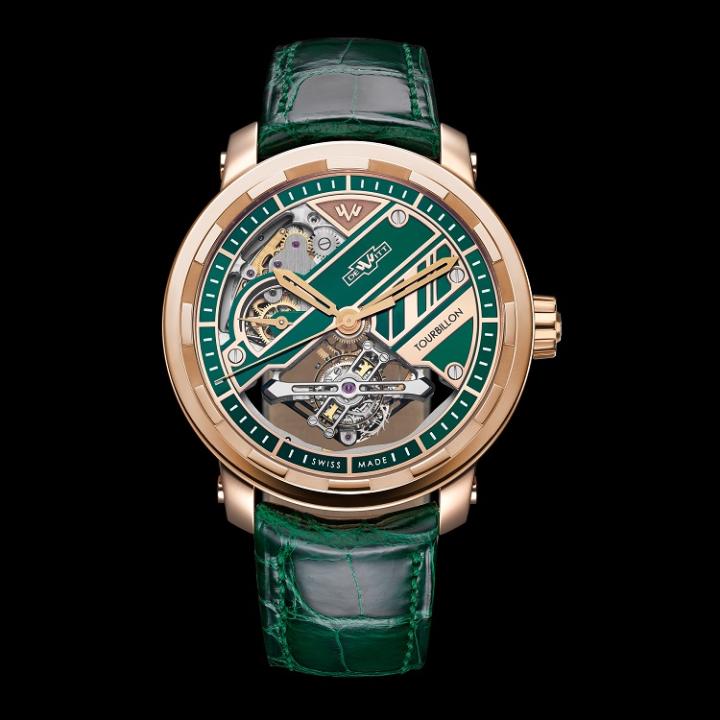 In many ways then, Jérôme de Witt has to serve his heritage proudly. And that rich lineage certainly shows in his watchmaking. His brand has now unveiled its latest creation, the Twenty-8-Eight Tourbillon Prestige watch. The limited edition timepiece was designed and assembled entirely in-house at the DeWitt Manufacture at its industrial estate in Meyrin, Switzerland.

The designs of this particular movement and the dial are inspired by the world of architecture. Solid geometrical forms inspired by industrial metallic structures run throughout the watch, reminiscent of steel girders which make the skeleton of a new skyscraper. On the front, the dial features a grid insert which showcases the gear-train. Peering through the case back, two re-designed rear bridges mark out a strong contrast because of their black PVD-treated surfaces. 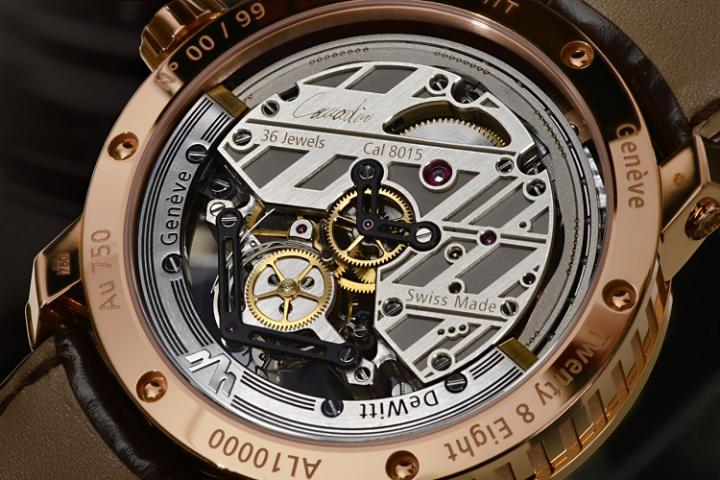 Making the watch tick is the calibre DW 8015, a descendant of the DW 8014 movement that was released in 2010. An addition to the new movement is a patented Automatic Sequential Winding device. What makes it ingenious is that it delivers a constant flow of energy to the main gear-train. The sequential winding of the barrel means that the movement operates in the ideal functioning range between 92 and 96% of the main-spring torque. Mechanics aside, in practical terms this helps to avoid running defects which are common on conventional automatic calibres.

Additional features include a suspended carriage for the Tourbillon, giving the effect of plunging into the very heart of the movement. The 72 hour power reserve is indicated at the 9 o’clock position by a hand that covers a 180 degree segment. The watch also has a “dead-beat” seconds hand in the centre of the dial, meaning that it marks a pause for each second counted. 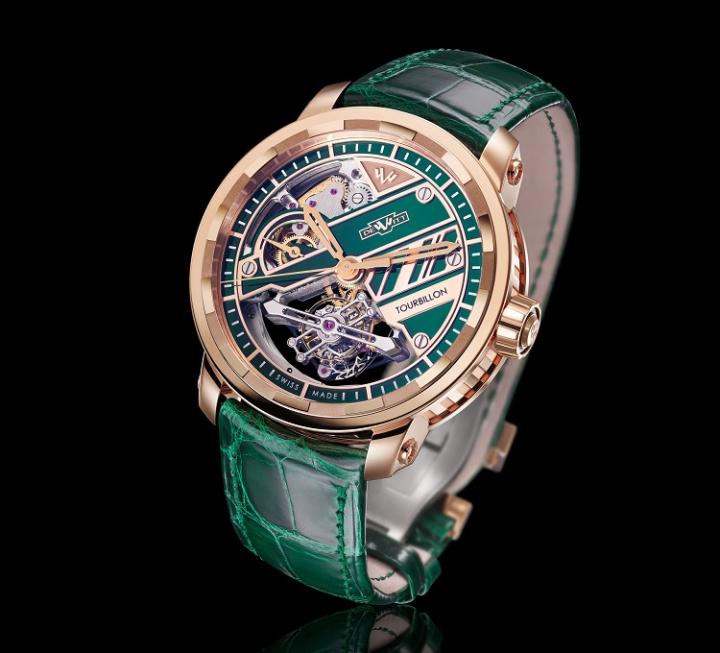