The makers of the world’s first invisible movement have announced a new line of watches honouring the samurai spirit.

When I think of Japanese watches, the first thing that comes to mind is Seiko, with its iconic “5” series of watches. Or maybe it’s Citizen, with its famous “Ecodrive”. Affordable and accurate, those two examples can be found in the lower market segment of the watch world. Yes, they also have high end luxury options.  Seiko, for instance has the “Grand Seiko” collection.

But there is another Japanese brand out there, producing high end luxury timepieces that are a true testament to Japanese precision and quality. The brand in question is Quinting. At the moment, the luxury brand is distributed in about thirty countries across Europe, Middle East, Asia, and the Americas. And I have a suspicion that its distribution channels will be growing over the years.

Part of reason why is because Quinting is famous for producing something truly unique in the watch world, the first and only 100% transparent watches. Their first movement – first released in 2000 - was the end result of 7 years of research and development and an initial investment of $15 million. The end result was well worth it, delivering a unique and patented sapphire movement and making it a true pioneer in the industry. But the magic of their movements is something better seen than described.

Other watches with sapphire glass, on either the front or the back, are made to show off the movement that is usually hidden inside. But Quinting watches don’t show their complexity. As if a magician made the movement disappear, the dial of the watch is completely see-through. Yet the brand insists that there actually is a movement inside the watch somewhere, even though we cannot actually see it!

The magic of engineering 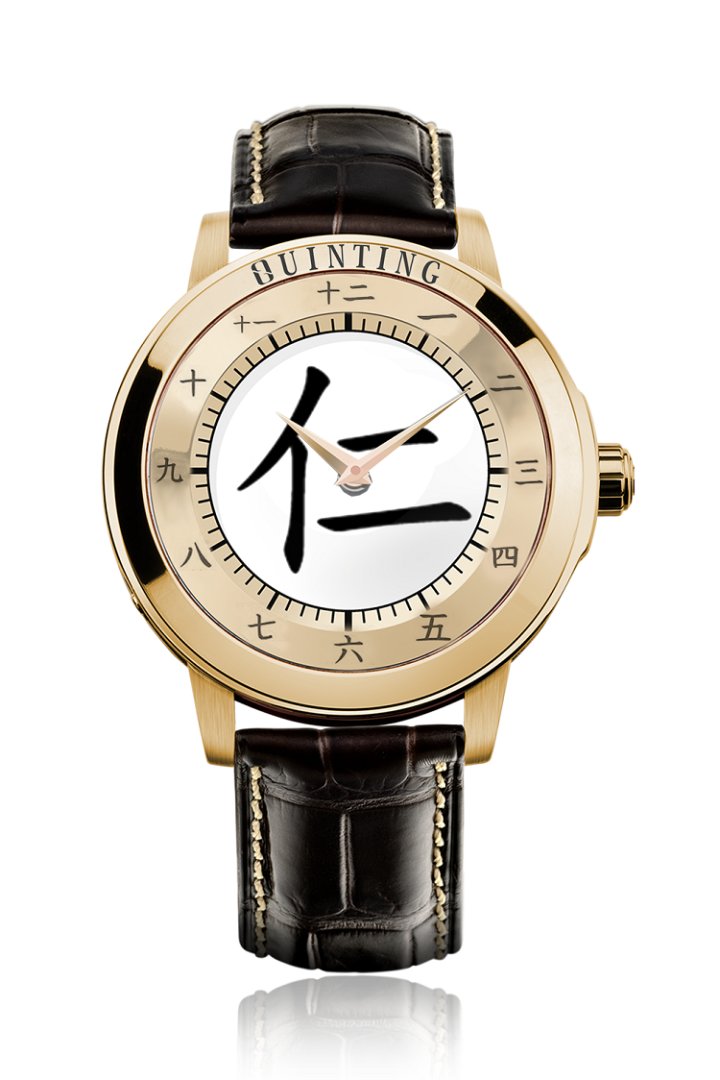 In this case, it is more a feat of engineering than magic which accomplishes the effect. But the engineering is so special that it might as well be magic. Part of the mystique of Quinting watches is that the two hands on the dial seem to float on the wearer’s wrist. The effect is accomplished by the fact that the dial is made of 7 sapphire discs, which have a special anti-reflective coating, producing the perfect transparency of the dial. Two of the sapphires are mobile and house the hour and the minute hands to tell the time. The other disks remain stationary.

Spirit of the samurai 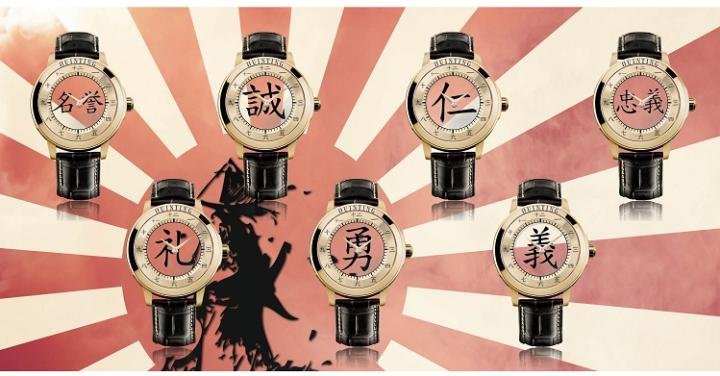 The seven watches of the Bushido collection

Meaning “the way of the warrior”, Bushido represents the samurai way of life. It is the soul of traditional Japan, which has its roots in the Middle Ages. The Bushido code has seven virtues: Rectitude, Courage, Benevolence, Respect, Honesty, Honour, and Loyalty. Each of the seven virtues is represented by a watch, and each watch will be produced in a limited edition of seven, making 49 in all.

If you don’t manage to get your hands on a Bushido and have some patience (which is also a virtue, by the way), rumour has it that Quinting is currently working on a new tourbillon movement. It is meant to be completed in four years, and we are eagerly waiting. (VJ)