Watches that are built tough and worn tough

Watches that are built tough and worn tough

Often, we wear watches that are built tougher than we are. Wenger and Merkava have now added two more watches to that list.

Wenger epitomizes the functional side of Switch watchmaking. Founded in 1893 in the Jura canton of Western Switzerland, Wenger has shown us over the years that its DNA is made of versatility, durability, and competence. After all, the brand bears the famous “plus” of the Swiss flag as a badge on its timepieces and it must honour what that badge represents.

Wenger is now showing sparks of innovation, while at the same time remaining true to its core values. Inspired by motion, precision and a quest to provide unique style, the brand is taking a notable – yet subtle – shift in its creations. Its new Roadster collection is a perfect example of that shift. 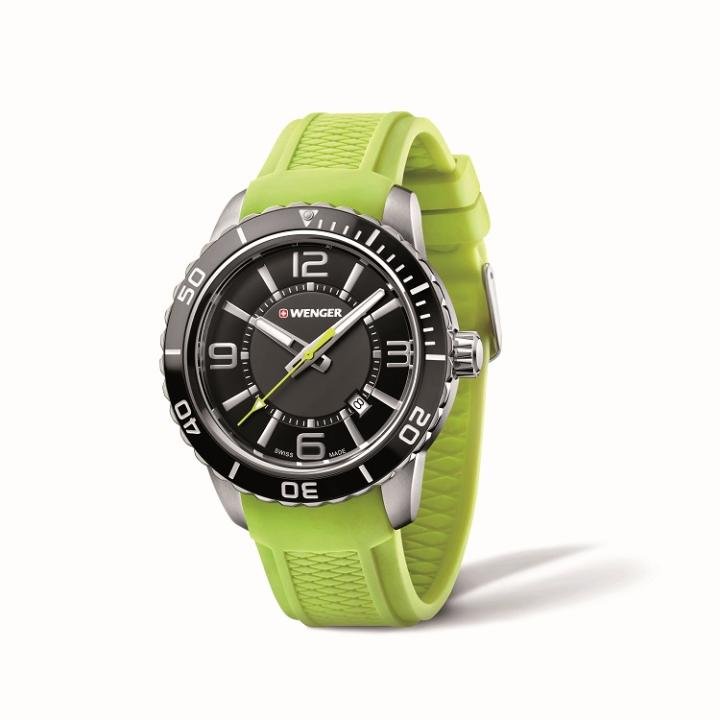 Yes, the watch represents the toughness and versatility for which Wenger is famous. But it also represents a redesigned line of watches which sport vibrant colours and assertive lines. The watch is meant to embody the modern lifestyle on the go: it is both sturdy - with an all steel 45 mm case – and practical, with silicone straps available in yellow, orange, red, and black. And because it is driven by a quartz movement, this dose of Swiss military-inspired styling can be had for a very reasonable 185 Swiss francs.

Another watch billed as “rugged and reliable” is the Israeli-inspired (but Swiss-made) Merkava. The designs of their watches are based on three basic principles of watchmaking: readability, performance and precision. So far, not far off from the core values that Wenger promotes as well. And the parallels don’t end just there.

It’s no secret that Merkava is attempting to emulate its Swiss military-inspired counterparts. Think Victorinox, Swiss Military Hanowa, and of course Wenger. And why not, it’s a design style and philosophy that is proven to work, and as a result it is often emulated.

In this case, it’s not just the look of their watches that draw on the Swiss tradition. Merkava’s Swiss based workshop is also based on the banks of the Aare on the foot of the Jura Mountains, in the neighbourhood of Wenger. Their automatic chronographs also employ the reliable and versatile Valjoux 7750 movement.

In many ways, then, Merkava watches might be considered as the de facto “Israeli Army Watch”, in parallel to the iconic “Swiss Army” brand. Actually, Merkava means “Throne-Chariot” and it also happens to be the main battle tank of the Israeli army. So already we can see that Merkava means business! 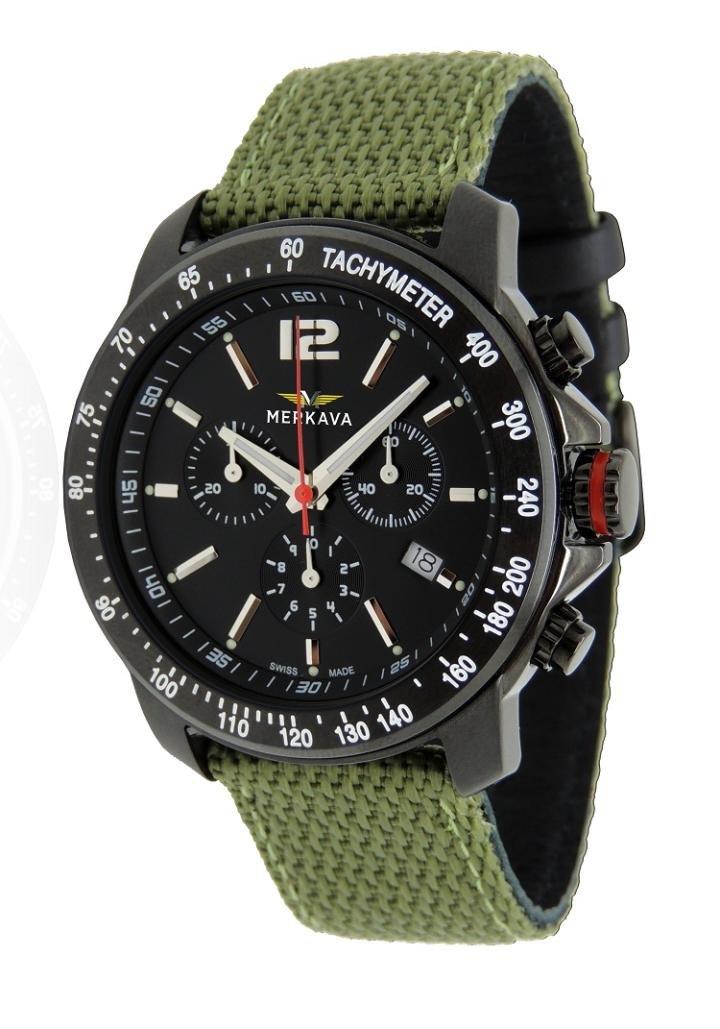 Their collections pay tribute to strategic military vehicles in the history of Israel. This includes detailing on their watches that are drawn directly from instruments in the cockpits of tanks. At the same time, the brand claims that “Our inspiration comes from the inner world of human strength and perseverance.” I suppose it is easier to persevere from inside a tank…

Merkava’s latest watch, which will go to market on July 1st, 2015, is the M1 Recon. It has all the features we come to expect from a military style watch: luminous hands and hour markers, olive green nylon strap, and sport components including a chronograph function with 1/10 second with a tachymeter for measuring speed. The Recon will set you back $350, which is almost double the price of the Wenger Roadster, but it does offer more functionality with the chronograph features. (VJ)