The Apple Watch of your Golden Dreams?

The Apple Watch of your Golden Dreams?

A Geneva-based company specializing in the personalization of luxury goods has just revealed an intricate hand engraved Apple Watch, which is like no other smart watch on the market.

Apple released a gold version of its Apple Watch for those looking to elevate their smartwatches to a proper luxury timepiece. The general release gold variants will set you back anywhere between $10,000 and $17,000, depending on the model. But for those not interested in anything “general” and looking to go one step further, there is Geneva-based company Golden Dreams.

Founded in 2010, the company specializes in luxury personalization services, and their services on offer range from custom exotic leather accessories, to carbon fiber phones, to hand-engravings and precious stone settings. And because of Golden Dreams, anyone with about 15 waiting days and some extra cash to spare can elevate an ordinary object with their luxury personalizations. (A custom Apple Watch, however, will take longer to deliver because of limited supply.) 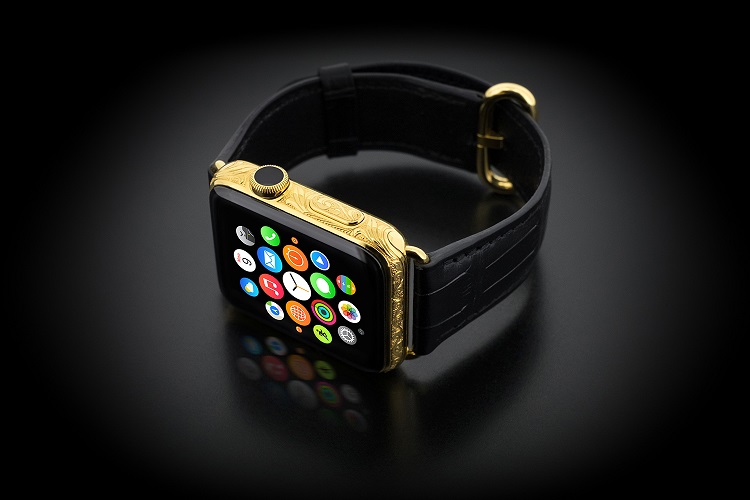 Having already unveiled a bespoke version of the Apple Watch, Golden Dreams has taken the luxury design to the next level once again. This time around it has introduced the hand engraved Apple Watch by Golden Dreams.

The idea behind the project is to fuse the best of two worlds. On the one hand, its Apple’s latest mobile technology. On the other hand is quality Swiss skill and craftsmanship. The union creates a bespoke product which is open to all sorts of customizations, including diamond and precious stone setting or hot stamping the exotic leather bracelet with gold, which are offered in either alligator, python, shark and ostrich. 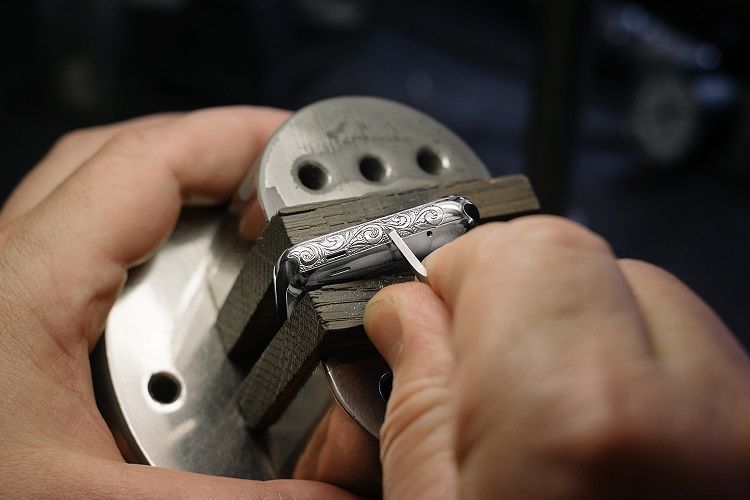 In effect, the company represents a shift in focus, away from “Made in Switzerland” and towards “Embellished in Switzerland”. For those looking to differentiate themselves from other consumers, Golden Dreams provides an elevated solution. Of course, another solution would be not to buy a watch that millions of others will have in the first place. 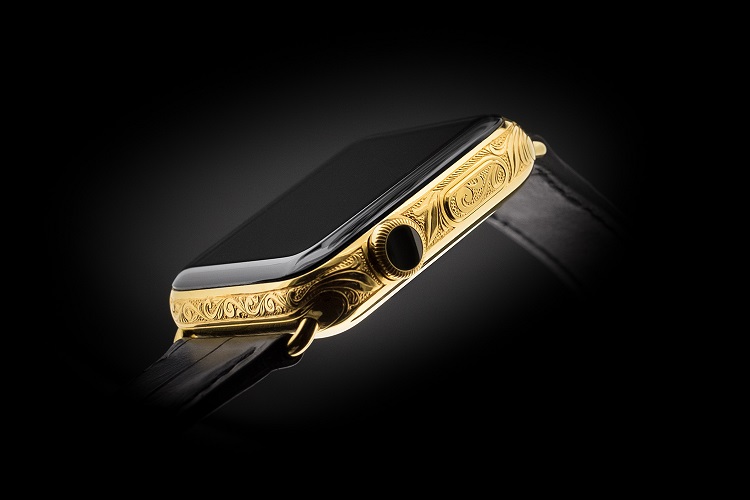 But that might not be the most interesting point. While much has been made about the threat that the Apple Watch will pose to the Swiss Watchmaking industry, here we have a company that has taken the product of Silicon Valley, and made it into a high end luxury product on Swiss soil. (VJ)