L’Epée shows us the modern variations on transparency

L’Epée shows us the modern variations on transparency

L’Epée 1839 is Well-versed in horological complications. But now, the brand has released the La Tour collection of modern table clocks, which are based on the principle simplicity.

Watchmaking is not the simplest of art forms. That is why many brands pride themselves on their movements’ complications. But L’Epée has refocused on a more minimalist and avant-garde philosophy.

Initially the company was set up 1839 to make music boxes and watch components by hand. But it quickly gained the reputation as being the provider of clocks to the influential and powerful. It was the gift of choice by French government officials to their elite guests. It also provided passengers on the Concorde supersonic airplane a flashback to a past of luxury when it was chosen to furnish the cabins of the famous jet with its clocks. 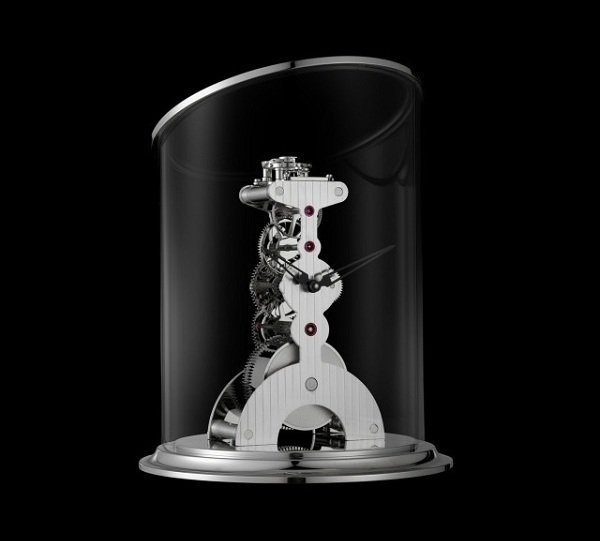 For over 175 years, therefore, L’Epée has been at the forefront of watch and clockmaking. Today, it’s the only specialised manufacture in Switzerland dedicated to making high-end clocks.

But more recently, the company adopted the famous expression “Less is More” as its motto. Inspired by the 20th century’s modernist wave, the brand has focused on the minimalist approach commonly found during the 1920s. This stylistic choice is especially evident in L’Epée’s La Tour collection of minimalist yet modern clocks.

With the La Tour, function dictates form. Its skeleton movement – a Swiss Made Caliber 1853 movement - was created entirely by L’Epée. The movement is made up of 143 parts, 8 of which are wheels that remain clearly visible to the naked eye. 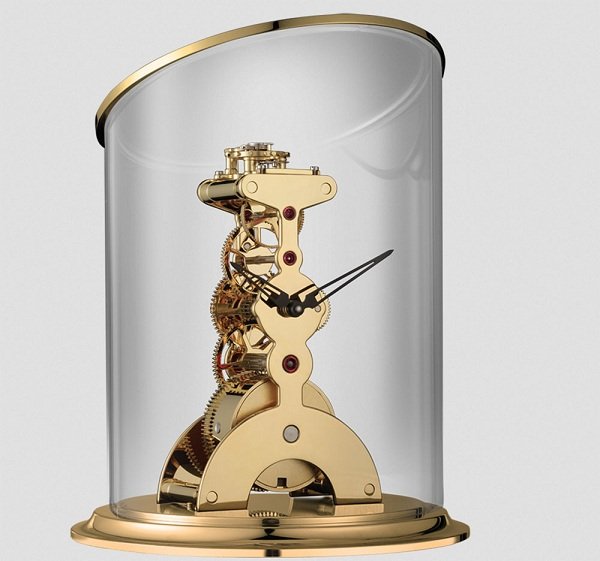 At the centre of the front plate, straight skeleton hands stand out against the predominant curves of the rest of the piece. The contract perfectly symbolizes the collection’s overall ethos of transparency and lightness, which is enhanced by a polished glass dome (it’s not just there to keep the dust out).

A departure from the perfectly mastered, spectacular horological complications for which L’Epée 1839 is known, La Tour clocks balance the aesthetic of simplicity and technical complication. (VJ)