The architecture of time with Xemex

The architecture of time with Xemex

With a strict focus on functional design that is pared down to the barest essentials, Xemex simplifies watches and sets a benchmark for purposeful design.

In 2008, Xemex Watch was awarded one the most prestigious design award worldwide, the “Good Design” Award for Personal Goods of the Chicago Athenaeum Museum of Architecture and Design. The compact model Xemex XE 5000 Day-Date was also awarded third place in the “Golden Balance Wheel” competition organized by Focus and the German watch magazine “Uhrenmagazin”. 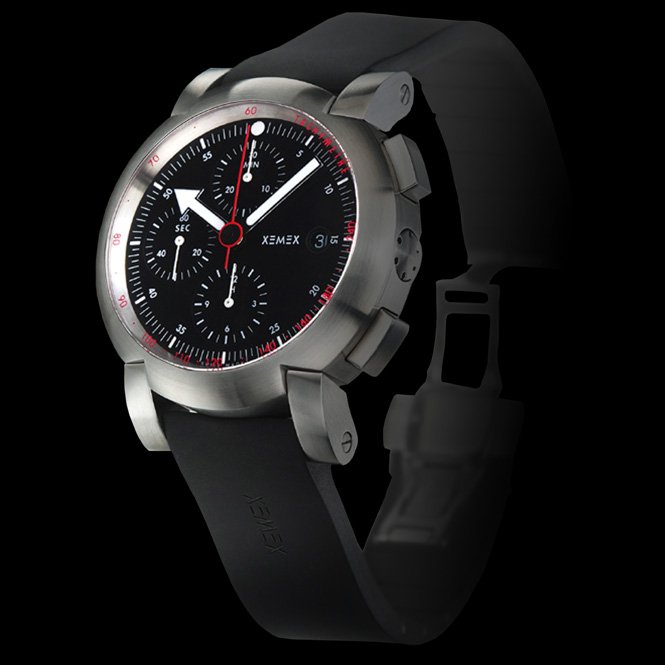 So the design perigee of the Swiss watch brand is becoming clear. So is its design philosophy. For the brand, the underlying purpose of each component of watch design is either to simplify, unify, or clarify a timepiece.

The man behind the concept is Ruedi Külling, who founded the brand in 1996. Having previously worked in sales and design for consumer goods, Külling’s dream was always to design watches. His inspiration was the idea to take the classic Swiss rail station clock and make it available in wristwatch format.

Based on that traditional Swiss philosophy, the brand’s motto is less is more. The foundations of Külling’s design vision focuses on clear forms that are functional but nevertheless stylish. This concept previously made him famous as a graphic designer, and now as a watch designer, too. In fact, some of his designs are actually on display at some of the biggest design museums, including in the Chicago Museum of Architecture Design, the London Design Museum, and the Guggenheim Museum in New York. 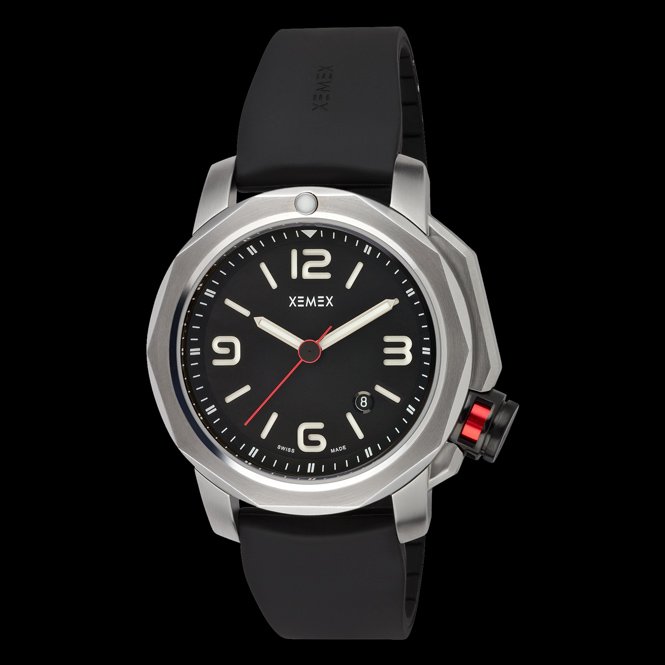 Following the successes of its earlier models, perhaps most familiar of which is the 1996 Offroad No. 1, Xemex is now launching its 7th watch model series, the X Tide. To have seven collections is quite the feat for a company that has been in business for only two decades. And it seems that the brand has not spread itself too thing with the new X Tide. 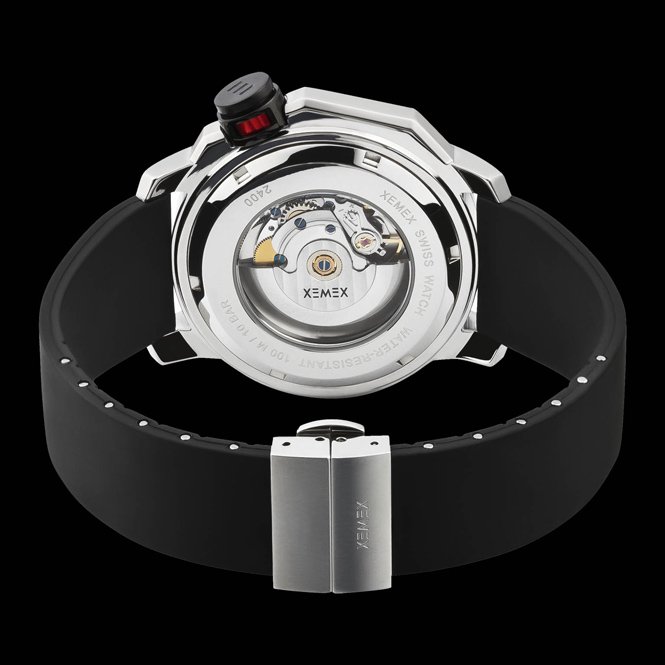 The 47 mm stainless steel watch is driven by an ETA 2824-2 Automatic movement. The sturdy case is also highlighted with an IP black crown with red-metallic inlay. As always with Xemex watches, clear and luminous hands and markers simplify telling time and give the watch an exceptional look. A water resistant rubber strap with stainless steel butterfly clasp make the watch equally rugged and sleek. And all that can be had for about 1000 Swiss francs.

Now on its seventh watch collection, Xemex doesn’t necessarily create trends. Rather it manufactures solid timepieces based on its trademark of straightforward architecture, no frills and no gimmicks. We can call this “conscious design”, and we can do with more of it both within and outside the watch world. (VJ)