Did you know that Swiss watch brand Hautlence got its name by rearranging the letters of its hometown, Neuchâtel?

The use of anagrams is clever, indeed. But it’s also representative of the brand’s philosophy. The contemporary watchmaker is known for pushing the boundaries of traditional watchmaking design and turning things up side down. It accomplishes this in part by drawing inspiration from other industrial fields and introducing them to the watch world through various mechanical innovations. For example, back in 2010 Hautlence introduced us to its Concept d’Exception timepieces. The collection was well received because of its avant-garde displays of time. 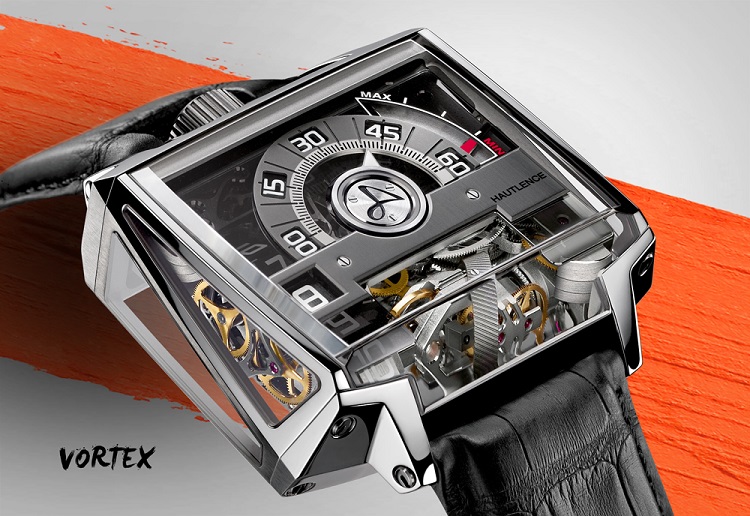 Five years on, and Hautlence is at it again. The Neuchâtel-based watchmaker will soon release its second and much anticipated Concept d’Exception Vortex timepiece.

Brand founder and CEO Guillaume Tetu summarises the launch and describes the new watch as encompassing the key design codes of the brands:

“The idea behind the watch was to reveal our creative approach to watchmaking in a new Concept d’Exception. Ergonomic, contemporary and truly avant-garde, Vortex remains true to Hautlence’s design codes with its multi-level display of time, play on transparency, nonconformist geometry and link between mechanics and aesthetics. By combining all of these elements, we have created a watch that is powerful and majestic.” 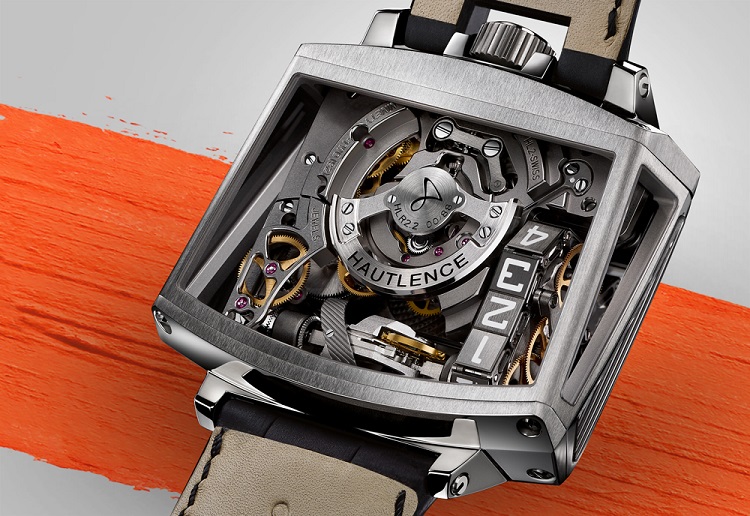 As a brand, Hautlence is quite transparent

The new Vortex model is case in point of deconstructivisim: taking something apart and re-organizing it in a different way to produce something new.

For example, the watch has a redesigned and reinterpreted version of the in-house automatic calibre HR2.0, which powered the first Concept d’Exception models. The new calibre is angled at 90 degrees, resulting in a new and remarkably modern timepiece. 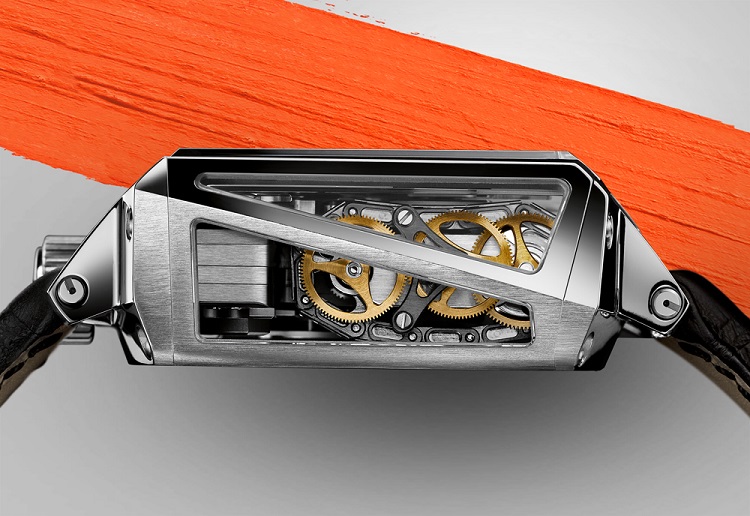 The angled HR2.0 movement from the side

The showpiece accomplishment is the mechanical “vortex” that the movement can produce. The cage of the regulating organ rotates 60 degrees every 60 minutes, which creates a mesmerizing vortex movement that can be witnessed every hour.

To pull off this state-of-the-art design complication, the brand collaborated with prominent Parisian design studio BBDC. Its inspiration is drawn from the world of contemporary architecture, in particular big international cities. As a result, the watch displays original angular lines and a multi-level dial construction that provides incredible depth to the watch.

“Besides giving a designer the feeling of freedom, it is a real proof of trust that helps push the boundaries further while opening up a wide field of creativity. Working on the creation of VORTEX gave us the chance to experiment with technical and stylistic concepts involving every element of a watch, including its movement.”

This second iteration of Hautlence’s Concept d’Exception, in the form of the Vortex, will be available starting this September, in a limited release of only 88 numbered pieces. (VJ)