Swiss sells. That’s the main reason why all Swiss-based watchmakers devote time and money explaining their rich Swiss heritage. Sometimes it even seems to me that the more a brand promotes its deep Swiss roots, the more likely it is that the brand is actually no longer Swiss owned, with its business operating now based in China or elsewhere. As a writer on watches and watchmaking, trust me, eventually it all starts to sound the same.

That’s one reason why I have some respect for Swiss watchmaker Hysek. The Lussy sur Morges manufacture is direct about its heritage. It doesn’t invent a past, but rather it embraces its present. The company, for instance, openly admits that it truly became an integrated manufacture only in 2007. 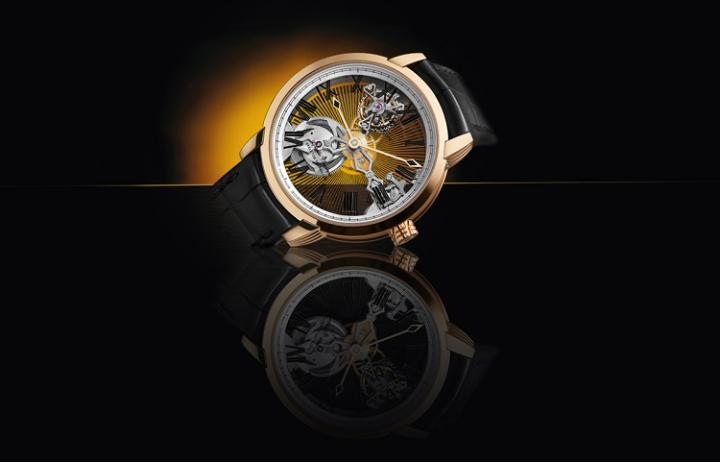 Since then, the brand has been producing its own crowns, cases, calibers and complications (how’s that for alliteration!) independent of any external influence. This allows the brand to be truly free to realize its contemporary Swiss designs.

A source of pride for the brand is the HW14 movement, powering its new IO Squelette Tourbillon. A truly in-house caliber, the 164 parts of the HW14 are truly conceived, designed, developed, assembled and fine-tuned in-house. Being an independent watchmaker, the brand can express its design concepts even in the small details. For instance, the HW14 cogwheels feature sculpted arms that bring to mind insects’ legs. For some, these wheel profiles might be seen as an insignificant detail. But the brand claims that for others, “they embody the genuine identity of a creative, independent manufacture.”

As the name of the watch might suggest, the IO Squelette Tourbillon has gone down to the bare bones. The new timepiece is skeletonized, which reduces the weight by 92%! 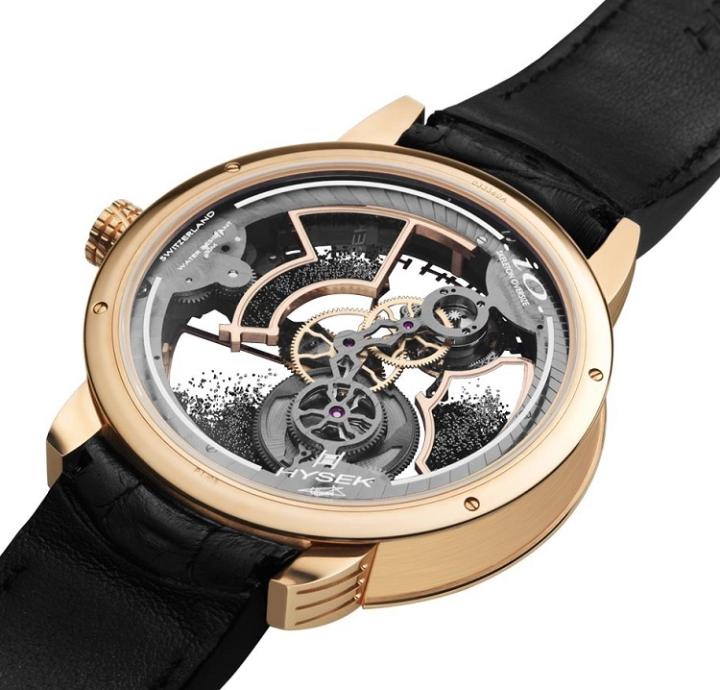 Credit to Hysek for dropping the extra grams from its timepiece. But perhaps more impressive is how they managed to construct the crown wheel as part of the impressive winding mechanism. It connects to the crown at 3 o’clock, measures 39 mm in diameter and is concealed beneath the bezel. A technical feat of engineering, this component of the IO Squelette Tourbillon was machined down to just 3/10ths of a millimetre.

With regard to its cosmetic appeal, the watch exhibits some of the standards of Swiss watchmaking: pearled, angled, openwork bridges, added horns, and alternating satin and mirror finishes.

What I found most fitting, however, was the sunray decoration on the dial. It is symbolic of the transparent nature of the brand, which might not have much of a history but it seems to have a bright future. (VJ)