AkriviA carves out its own piece of Swiss tradition

AkriviA carves out its own piece of Swiss tradition

Rexhep Rexhepi is the man behind the young Geneva-based brand, whose ambitious goal is to re-engineer timekeeping by uniting traditional values and contemporary society.

When you visit the AkriviA website, you are welcomed by a telling quote “All they embody traditional watchmaking values”.

From the outset, we know what kind of brand we are dealing with. The Geneva-based watchmaker is relatively new on the scene, and that quote seems to suggest (to me, at least) that there is little to separate Swiss based watchmakers that promote their traditional watchmaking values.

Indeed, many watchmakers claim to embody the heritage of traditional Swiss watchmaking, while some might even exaggerate it. AkriviA appears to be very open and direct with its approach. The company was only started a few years ago, so it’s hard to argue for “tradition”. But what does traditional actually mean? Is it making watches for many years, irrelevant of a certain quality and philosophy that underpins it? 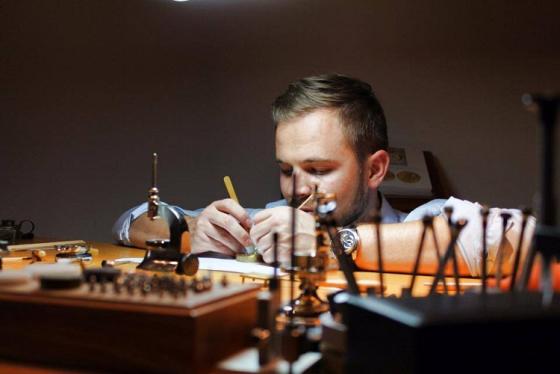 For me, tradition has less to do with how many years something has been happening for, but more to do with how that happens. It implies certain values have been passed on, from generation to generation. And looking at AkriviA, it seems the brand is well versed in the values of the Swiss watchmaking tradition.

The AkriviA workshop, for example, houses several watchmaking machines that date back several decades. But it’s not just the history of the machines that instill the “soul” in each timepiece. It is more so the master watchmakers that work on those machines.

Rexhep Rexhepi is the master watchmaker behind this ambitious brand. It was during his apprenticeship at Patek Philippe at the age of 14 when the seeds of his watchmaking ambitions were planted. He wanted to take the heritage of the Geneva watchmaking traditions and reinterpret them for the 21st century. 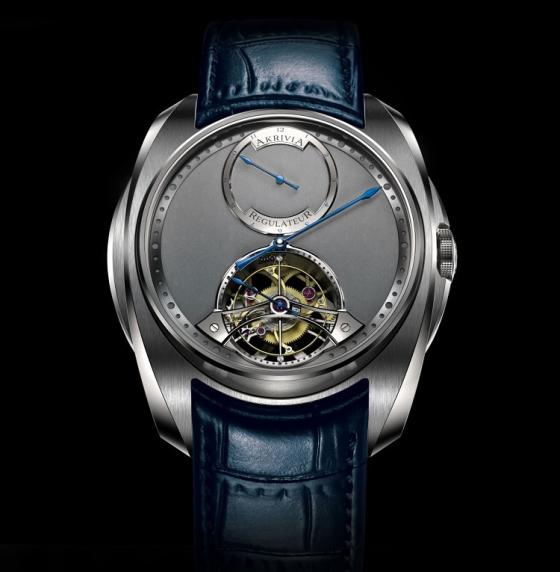 As a result, the AkriviA team transfers their respect for the art of watchmaking and its traditions. This means giving attention to even the smallest detail. As Rexhepi explains:

“The finishes of a watch are comparable to good manners. It is essential to know how to behave in society so as to ensure harmonious cohabitation with other people. The finishing of a timepiece must ennoble and magnify the mechanism in order to achieve an overall balance and the perfectly smooth coexistence of technical sophistication, design and aesthetics.”

To visualize what that kind of brand philosophy means in practical terms, take a look at the new AkriviA Tourbillon Regulator. On the one hand, we can say the watch’s outer design is rather “polite”, as Rexhepi might say. A perfect example of minimalism, it features broad lugs that are chamfered to reflect the bevelling on the calibre. The grey dial also features what the brand calls a “polished-matt” finish that is both vintage and innovative. The effect differs from typical sandblasting; here the crushed stone is mixed with vegetable oil and applied using a new hand- crafted technique, hence the “polished” part of the matt finish. 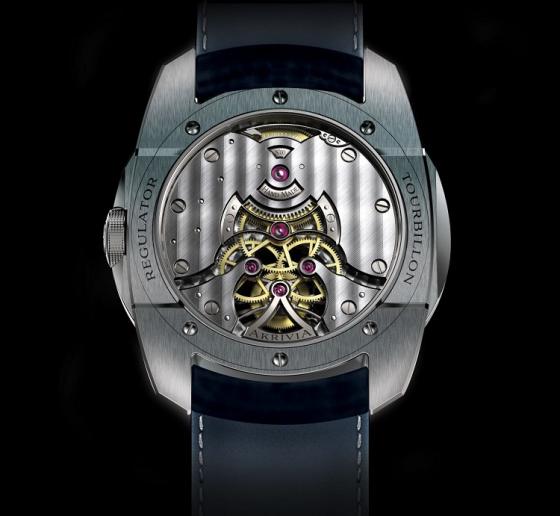 But on the other hand, the Tourbillon Regulator pays respect to the movement. A simple dial opening reveals a bridge featuring eight inward angles, which bear the escapement block. And speaking of the movement, it has 100 hours of reserve coming via a single barrel. This AK04 calibre is designed and engineered in-house by Rexhep Rexhepi and his team.

So in the AkriviA Tourbillon Regulator we see the coexistence of understated technical sophistication and a minimalistic design. These two features demonstrate that the AkriviA brand philosophy is one based on respect. Not just respect for traditions, but also respect for what modern society demands. (VJ)