Raidillon tries to stand out from the crowd

Raidillon tries to stand out from the crowd

The Belgian watchmaker returns to the racetracks of the 1950s and honours the stripes proudly worn by racing cars of the time.

“Swiss powered, race-minded”. That is the motto of Belgian brand Raidillon. And do they ever hold true to the narrative! 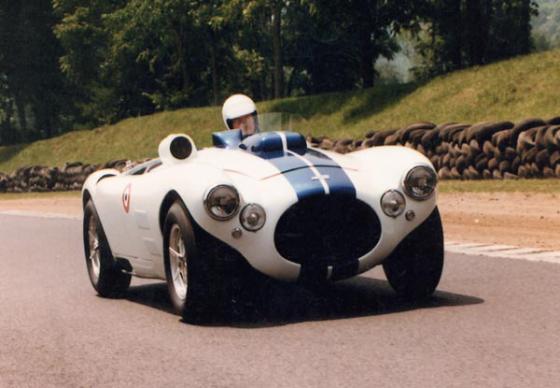 This story begins in 1951 on the racing circuits of the United States. Briggs Cunningham – sometimes simply called “Swift” – was an international driving champion. Briggs and his team had each of the cars that he piloted marked with a white stripe on a blue background. The reason was purely practical; they wanted the cars to be easily identified on the racing circuit.

These markings became known as ‘Le Mans stripes’, named after the famous endurance race. During the 1960s and 1970s, this practice became popular at international races, as different cars adopted the same paint colours as the flags of their respective countries. After the 1970s, this trend gradually faded, but today the famous stripes still symbolise speed and a racing spirit. 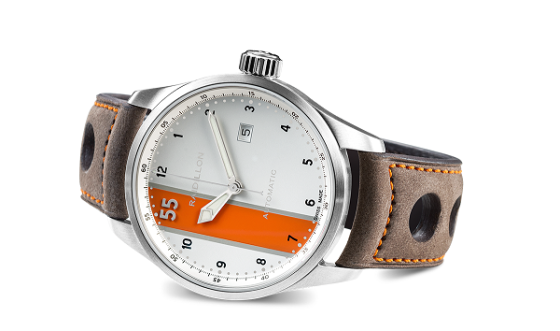 Following the automotive trends, Raidillon has also revived that tradition and incorporated it into two of its automatic models. Their three hands models now also carry three stripes from the racing tradition, offset to the left of the dial. As we expect from Raidillon the ‘55’ emblem can be still found at 11 o’clock – signifying that only 55 timepieces will be manufactured - with a date aperture at 3 o’clock. 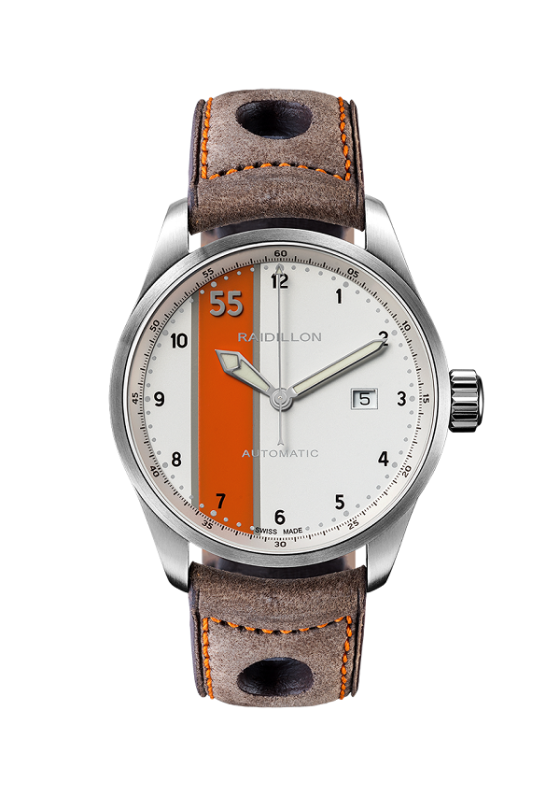 The dials of the watches looks clean and sporty in equal measure. Yet, Raidillon applied that old racing tradition only in spirit and didn’t follow it to the letter. The two models come in only two stripe colour variants, a black – grey option with orange borders, or a Dove-grey – orange option with grey borders.

While those colour combinations don’t belong to any particular countries, they certainly make the watch stand out, much like Briggs’ winning race cars used to on the track. (VJ) 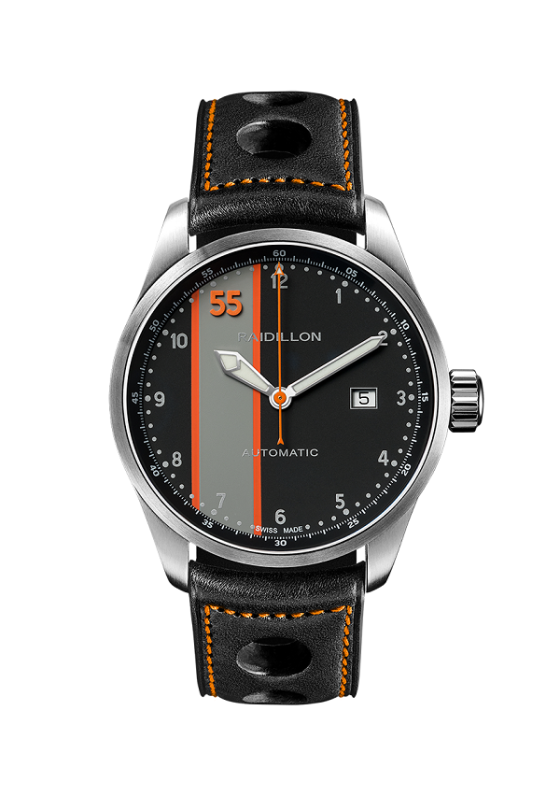