The German brand has expanded its traditional 103 series with the introduction of the new 103 A Sa B. The pilot chronograph, which features a blue electroplated dial, is limited to only 500 pieces.

It’s not a big revelation to hear that Sinn has released a new pilot chronograph. After all, the company was founded by a pilot, and specialized in the manufacturing of cockpit clocks for navigation. But what grabs extra attention is when a brand releases a new watch as a limited edition. The 103 A Sa B will be produced in only 500 pieces, so let’s see what exactly we can expect from it. 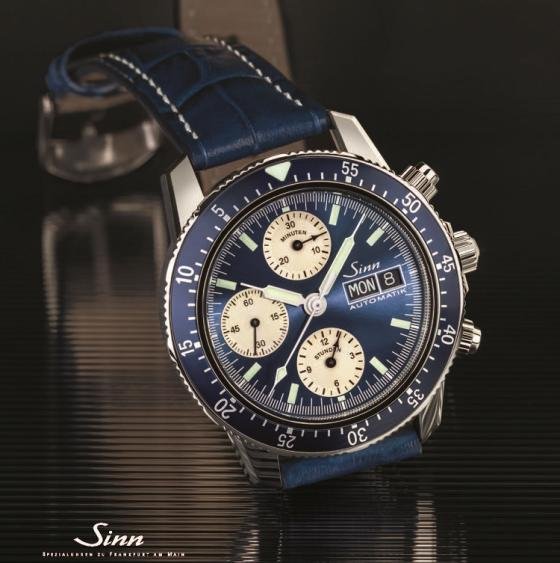 The Frankfurt- based company is known for functionally robust mechanical timepieces, which are a favourite for pilots, divers and the maritime GSG 9 unit. Part of the reason is that Sinn watches include technologies like DIAPAL, Ar-Dehumidifying Technology, HYDRO, TEGIMENT and Magnetic Field Protection. All that terminology means that their watches continually show their durability, quality and precision, both in everyday life and in extreme situations. In practical terms, it means the watch will not fog, it is resistant to both high and low temperatures, as well as to magnetic disturbances. 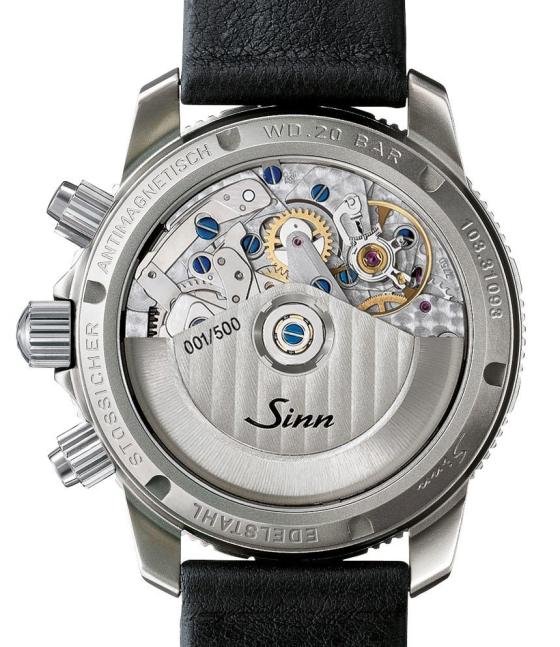 We get all that functionality in the 103 collection, which also happens to include some of the most traditional timepieces produced by Sinn Spezialuhren. In fact, it was this exact series that made a name for the company, becoming popular amongst pilots from the beginning. Because the 103 A Sa B is the latest addition to the popular watch series, it has brought some added value to the collection, too.

The chronograph’s distinguishing characteristic is the blue electroplated dial with sunburst decoration and white counters. It contrasts well with the polished stainless-steel case. Indices and the stopwatch hour, minute and seconds hands are coated with luminous paint, which enables perfect readability – even at night (or in a cockpit!). The captive pilot’s bezel with minute ratcheting also features a luminous triangular main marker. 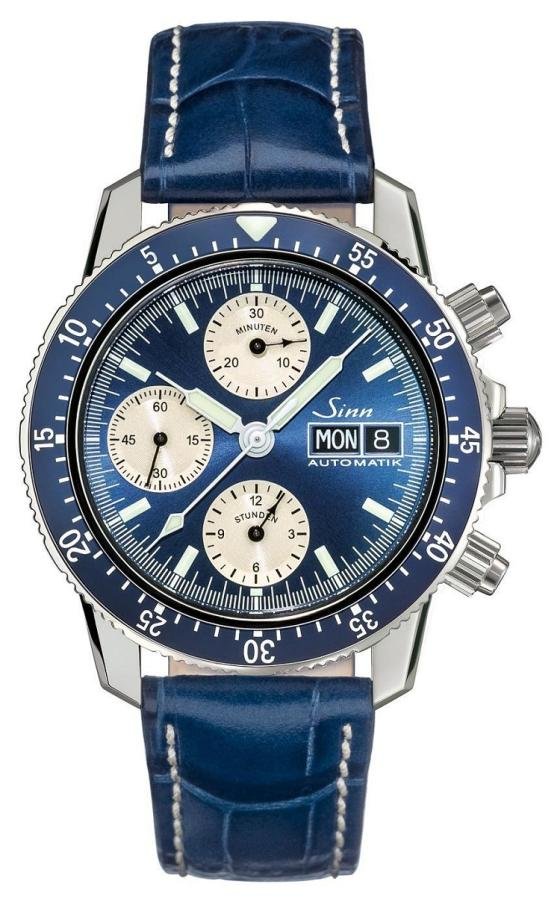 To match the electrifying blue dial, the watch comes with a blue cowhide strap with alligator embossing and white contrasting stitching. An anthracite textile strap is also included as a more sporty option, which comes as part of a set housed in a fine case.

Overall, the 103 A Sa B is everything we come to expect and enjoy from Sinn: robust, functional, and precise. But this model packs an extra punch, thanks to its blue dial and overall crisp face design.