Commissioned timepieces are always something special. That’s not simply because they are so rare – often being produced in only one example - but also because usually they are not limited by the typical restrictions of design or finances.

In this case, we have the Kennin-ji Temple Masters Project. It’s a one-off piece commissioned by an experienced collector who is passionate about high-quality artisanal crafts. Wanting to impart the timepiece with its “soul” through the people involved in the project, the commission produced a multi-national partnership of four masters of their crafts. 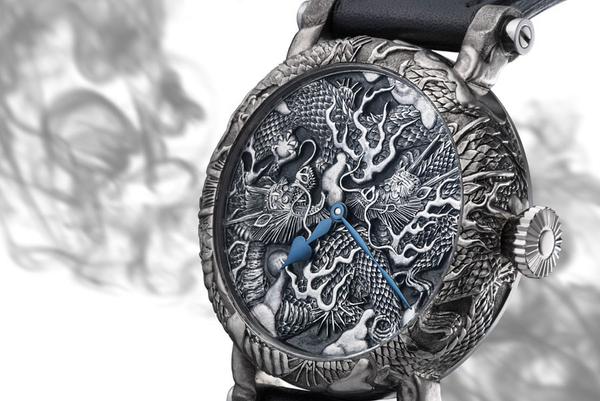 Having one master craftsperson involved in a project might be considered fortunate. Two is company, as the saying goes, while three is a crowd. But to add a forth to the project? Well, that surely must have been an amazing creative outlet and a true exercise of cooperation. As Peter Speake-Marin explains:

“This is the most extraordinary engraving project I’ve ever been involved with, due to the complexity of the subject, the incredible detail of the engravings and the fact that it isn’t just one component that’s engraved, but the designs cover practically the whole watch.” 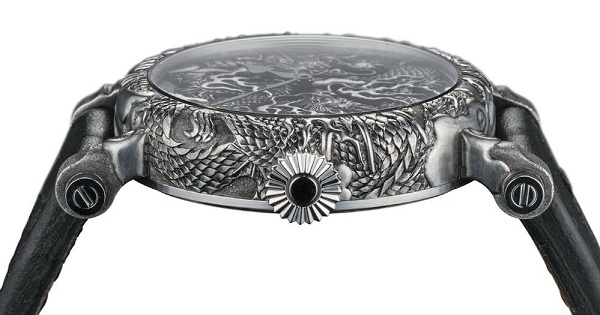 The inspiration behind the project is the Kennin-ji Temple, a historic Buddhist temple in Kyoto, Japan. Founded in 1202, the Temple is known as the oldest Zen temple in Japan. Its Hatto building (Dharma Hall) was recently enhanced by a dramatic painting of two dragons on the ceiling by artist Koizumi Junsaku, covering approximately 175 square metres.

To honour and convey the power of this monument, the Kennin-ji Temple Masters Project features ornately engraved twin dragons on a 42 mm white gold timepiece. 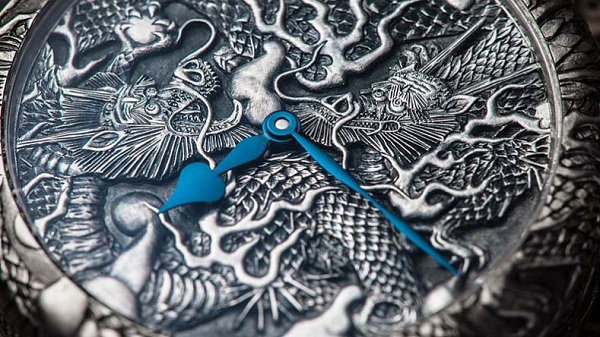 The attention to detail in the engraving is unparalleled. The original stepped bezel was redeveloped to have a rounder profile, allowing the dragons to flow seamlessly from the dial over the bezel and down the sides of the case band. The movement is also engraved, while the leather lining of the presentation case is embossed with a similar dragon motif to the watch.

The artistry of the Kennin-ji Temple Masters Project is peerless in both conception and execution. And the final product really speaks for itself.

TIME.KEEPER On the heels of launching its “Risk is the Reward” campaign, Corum takes the concept of daring innovation to new heights with the Corum LAB 02 timepiece. (...)