The French brand based in Morteau is fighting tooth and nail to defend the “Made in France” label in a universe dominated by Switzerland. What follows is a tête-à-tête between Europa Star CEO Serge Maillard and the brand’s new owner and CEO, Laurent Katz. Where does Pequignet stand today?

It’s in re-launch phase! Pequignet is a historic French watchmaking business with a forty-year history. I and another investor bought the brand two years ago, when it was in administration. It was expensive, but we were able to keep the team in place. In 2014 we produced around 6,000 watches, bringing in revenues of 5 million euros. Today, our most urgent challenge is to rebuild Pequignet’s image.

How do you intend to do that?

First of all, we had to take in hand the servicing of our existing watches, to prevent our clients feeling that they had been abandoned. We want to promote the “Made in France” label. We have two ranges of timepieces: manufacture and non-manufacture. We have increased the reliability of our own Calibre Royal movement. This hi-tech in-house movement is one of our main selling points for our European, Middle-Eastern and Asian clientele. We have also revised our collections, while remaining strongly targeted towards women customers.

What is your price range?

We work in a price range of between 800 and 4,000 euros. For an independent brand such as ours, without a financial ‘engine’ behind us, distribution is a sensitive issue. These days, retailers have their backs to the wall: they will do anything to avoid losing a big brand. It is the last remaining industry with such high profit margins. But the domination of the big groups hurts us. 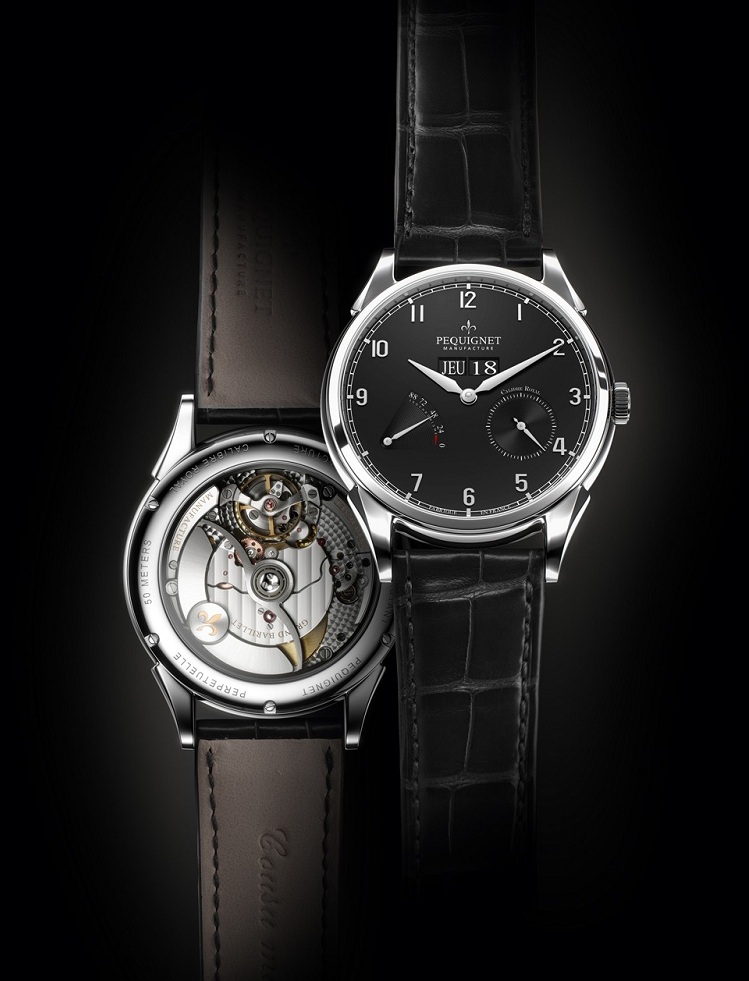 Would you consider switching to “Swiss made”?

I don’t think it would really change anything. Our target clients are primarily connoisseurs who are interested in our history and, specifically, our French heritage. People rarely buy a Pequignet as their first watch. But we are an interesting and original alternative for the second!

How are your collections split between automatic and quartz?

As I mentioned, we sell 70% of our watches to women and 30% to men. All our men’s models are automatic. In the women’s models, in general we are seeing a return to quartz. In pure sales terms, our Trocadero model is our number one bestseller, with the Odeon coming second. For us, it’s vital to keep Pequignet’s DNA.