Switzerland meets Brazil with the Logical One Secret Kakau Höfke


Switzerland meets Brazil with the Logical One Secret Kakau Höfke

What is the connection between the Vallée de Joux of Switzerland, and Rio de Janeiro, Brazil? Besides their obvious picturesque scenery, another thing that connects the two locations is Romain Gauthier. Born in 1975 in Le Sentier, in the heart of fine Swiss watchmaking, it was there that Romain developed his passion for haute horlogerie. It resulted in the launch of the Romain Gauthier brand in 2005 with ‘Prestige HM’. 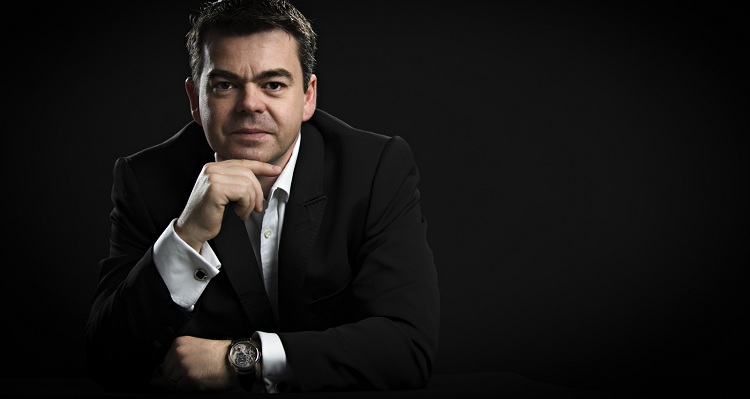 Rio de Janeiro is also a place that Romain Gauthier holds dear, seeing as how he met his Brazilian-born wife Ana there just before establishing his brand. But for Romain, it’s more than just the family connection. According to him, “there is no other place like it in the world.” 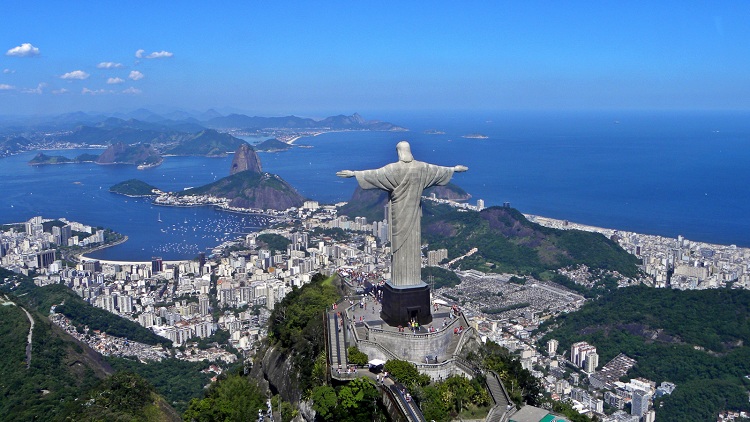 Because the city has given him so much, not least his beloved – Romain Gauthier decided to create a timepiece that pays homage to Rio de Janeiro. It’s called the Logical one Secret Kakau Höfke, a unique one-off timepiece which syntheses art, craftsmanship and haute horlogerie that pays tribute to that most vibrant of cities of the world. 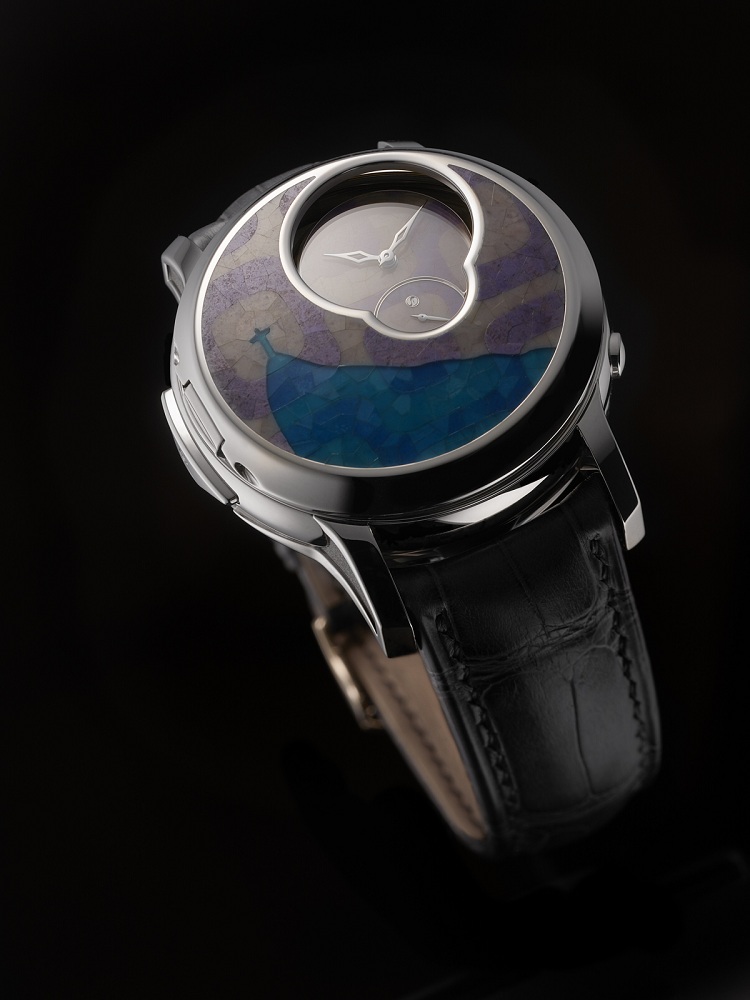 The Logical one Secret Kakau Höfke is an expression of fine art, featuring design elements too numerous to name. Adorning its integrated 18k white gold cover is a modernist depiction of Rio de Janeiro, designed by Kakau Höfke. The Brazilian artist is a long-time friend of the Gauthier family. In fact, she was responsible for designing the Romain Gauthier logo when the brand was founded in 2005. And now, her name is carried on this unique Romain Gauthier timepiece.

Höfke’s portrayal of her native city on the timepiece evokes Corcovado – the iconic mountain on which proudly stands the ‘Christ the Redeemer’ statue. It also features the pattern of the promenade (calçada) bordering Ipanema beach. 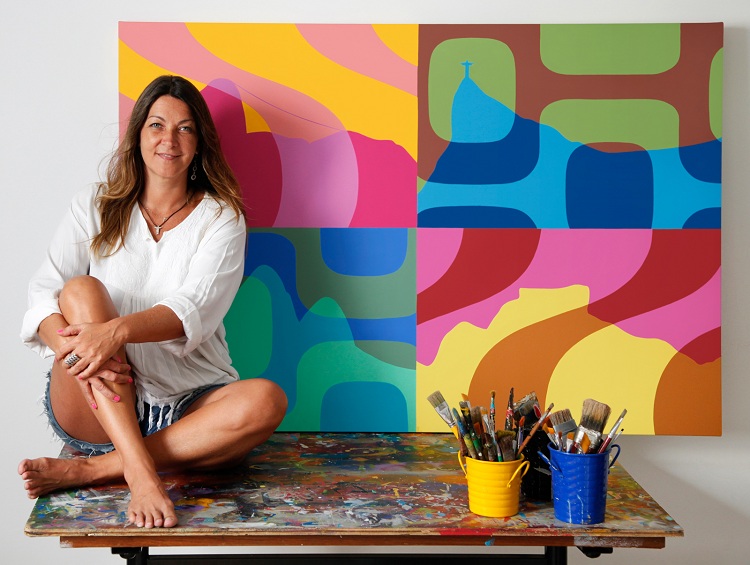 Her design has been beautifully adapted and recreated using an intricate micro-marquetry technique based on traditional stone marquetry. No fewer than 352 unique, mirror-polished, miniature tiles of jade and agate – each one 0.5mm thin and painstakingly hand-finished and hand-applied – make up this exceptional micro-marquetry, which required three months of solid work to create. A display of extraordinary skill to pull off this feat, the effect is truly remarkable for the beholder.

With the artistic craftsmanship of the watch taking centre stage, it’s easy to forget that the Logical one Secret Kakau Höfke is also a mechanical work of art. It houses an innovative, Grand Prix de Genève winning movement, which was conceived, produced, assembled and regulated in-house at Manufacture Romain Gauthier. 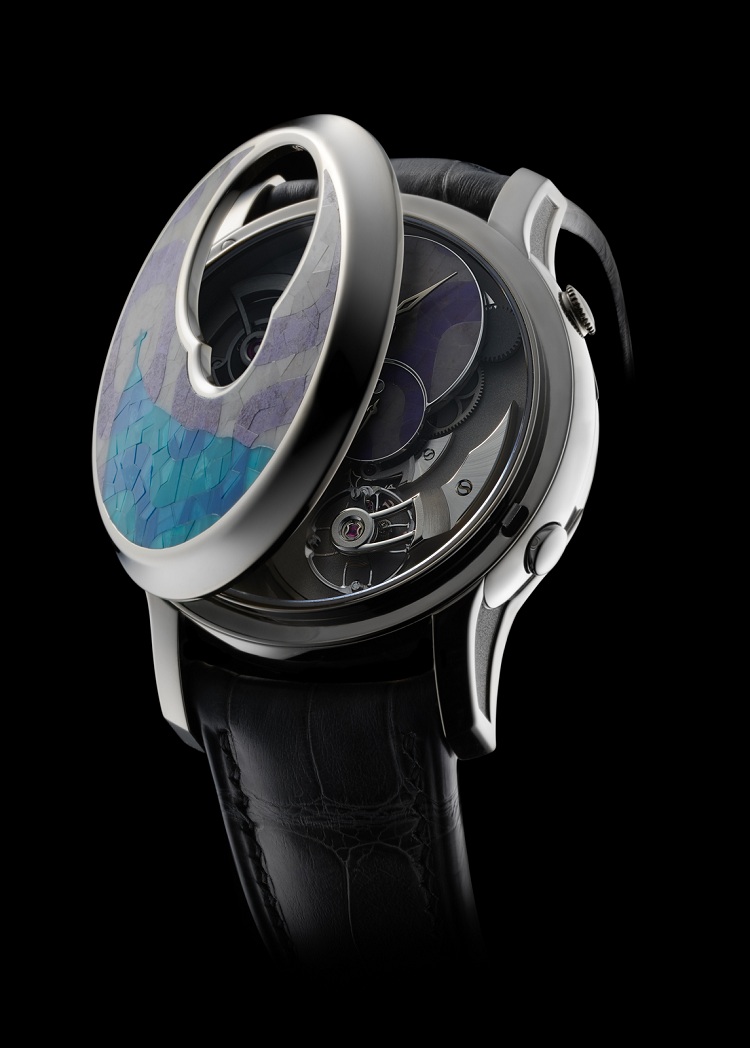 Pressing the pusher at 4 o’clock unlatches the cover, which exposes the palladium-treated movement to the wearer - including the cam and ruby-link chain - though a sapphire crystal. More of the movement can be viewed through the display back, including its bridges and angled plates, and the rounded bevels that have been meticulously created by hand. 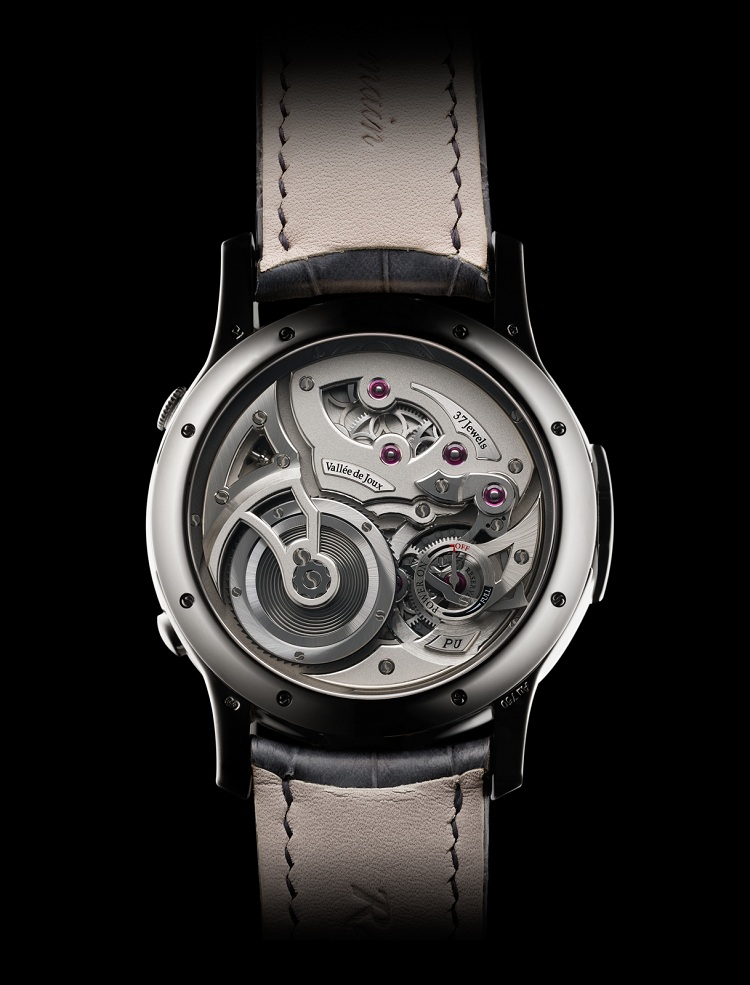 This unique synthesis of mechanical engineering and art is a testament to both crafts. And such an end result can only be the product of a true labour or love. In this case, it’s Romain Gauthier’s love for Rio, but more importantly also for his family.