Christophe Claret shares hope and peace at Only Watch


Christophe Claret shares hope and peace at Only Watch

A longstanding supporter of the Only Watch charity auction, Christophe Claret has produced a special one-off timepiece for the event in Geneva this fall. Called the Espoir & Paix, it features a hologram-like green emerald on the dial and honours Nobel Peace Prize laureates on the back.

Christophe Claret is a “classic” watchmaker in more than one way. Having been mentored by Roger Dubuis after graduating from the Geneva Watchmaking School, Claret set up his own workshop and started producing his own timepieces. Both timeless and elegant, Christophe Claret’s creations certainly have a classic feel about them. 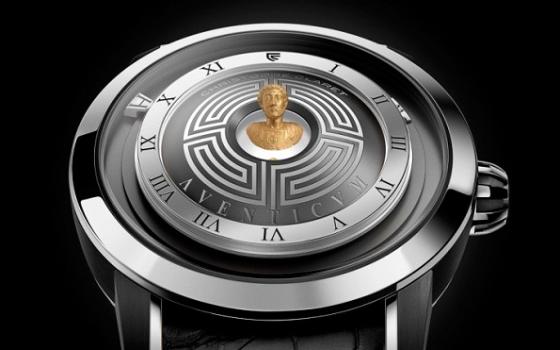 But Claret can also be considered as a classic watchmaker for a more matter-of-fact reason: he often incorporates themes from classic antiquity on his timepieces. Take for example his famous Aventicum watch. It is inspired by a gold bust of Roman emperor Marcus Aurelius, which was unearthed in 1939 at Avenches in Switzerland.

Christophe Claret made a small-scale 3mm reproduction of this bust in gold, which he then placed at the heart of the timepiece. The beauty of the micro-engraved bust can be fully appreciated thanks to mirascope optics, which magnify and project the micro-sculpture as if it was a three-dimensional hologram. 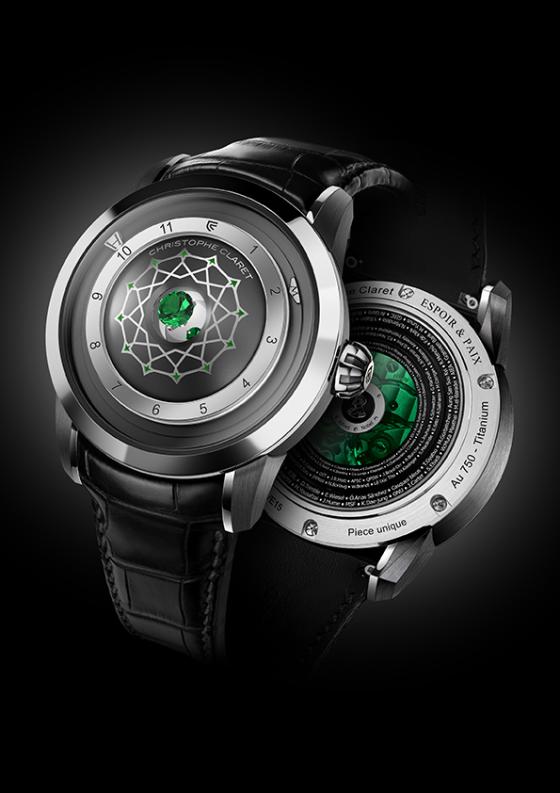 In time for this year’s Only Watch charity auction, the Lyon-born watchmakers has employed the same technique - and drawn on another classic theme – for his latest creation. The one of a kind timepiece to be donated to the auction is called the Espoir & Paix. These two classic motifs of humanity are represented on either side of the watch: Hope (espoir) on the dial and to Peace (paix) on the caseback. 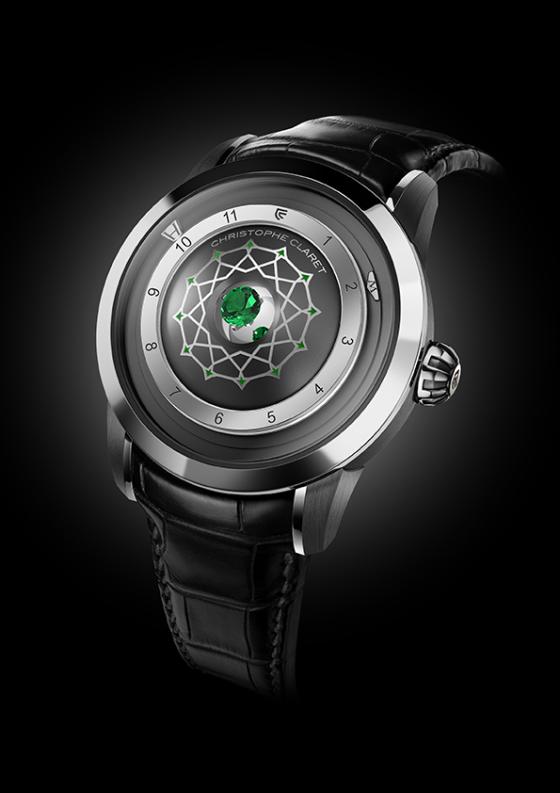 Symbolizing hope, a green emerald is set in the centre of the dial, which is also highlighted by the mirascope technique making it appear nearly twice its size. This optical effect gives the impression that the emerald is literally bursting out of the watch. And while the stone is meant to symbolize hope, it is more like kryptonite for us watch aficionados.

Through the case back we see the oscillating weight, which is graced with a portrait of Alfred Nobel and a green agate rim which reveals the movement. It also bears the name of the 129 laureates who have received the Nobel Peace Prize since its creation. 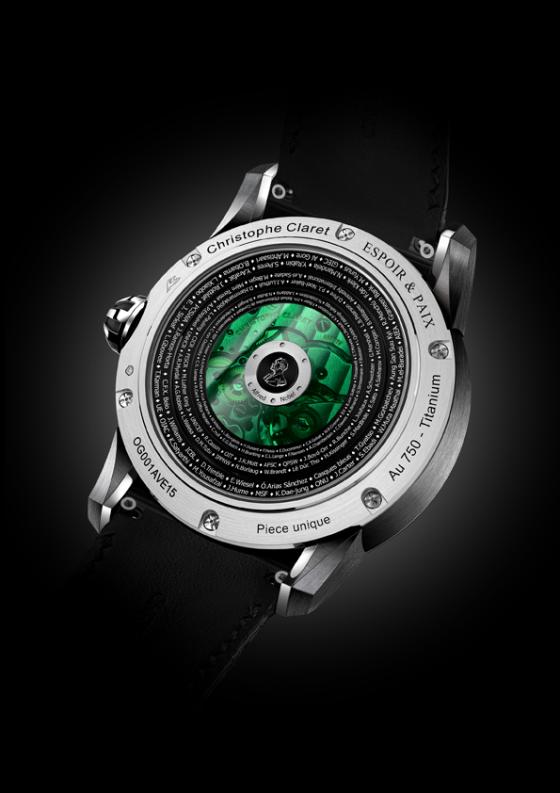 A loyal supporter of the Monaco Association against Muscular Dystrophy (AMM) for almost 15 years, Christophe Claret is donating the Espoir & Paix watch to this year’s acution, which will take place for the first time in Geneva on November 7th. The 2015 iteration will present a collection of 44 exceptional one-off timepieces created by the world’s finest watchmakers. But before this piece is auctioned off, it will tour as part of a traveling exhibition of the Only Watch collection, including visits to Monaco, Hong Kong, Beijing, New York, London, and lastly Geneva.