Romain Jerome has been known to like superheros. Or maybe they just like bats? Or both? Partners in time for the second time, the Swiss brand has joined forces with the Batman franchise to release a special limited edition timepeice.

The first collaboration celebrated the 75th anniversary of DC Comics’ Batman, producing the Batman-DNA timepeice. It was Batman’s personality that initially attracted Manuel Emch, CEO of Romain Jerome Watches, to the project:

“I have always been a fan of Batman, his mysterious character and double identity is an exhaustible source of inspiration. He represents a duality between good and evil in a contemporary world.” 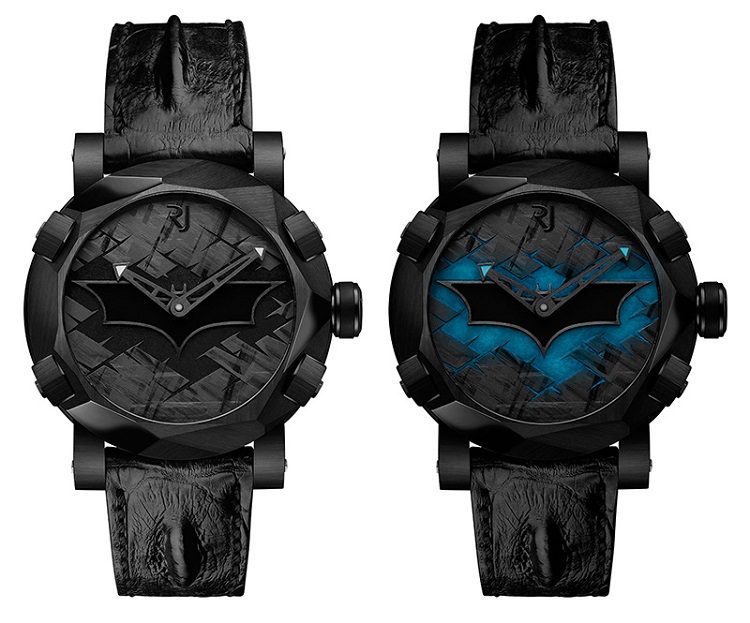 That mystique has now resulted in a second collaboration. Based on the brand’s emblematic Spacecraft, and inspired once more by Gotham City’s super hero, Romain Jerome has added another enigmatic device to its Horological Icon collection, the Spacecraft: Batman.

This edition takes on a different look compared to the first watch, featuring a trapeze shaped case that evokes Batman’s stealthy and edgy Batmobile. It is crafted from titanium, and the facetted cap of the watch has been hand-brushed to create a unique “rough” finish. It also features the iconic Bat-Signal, which is engraved on the facet. 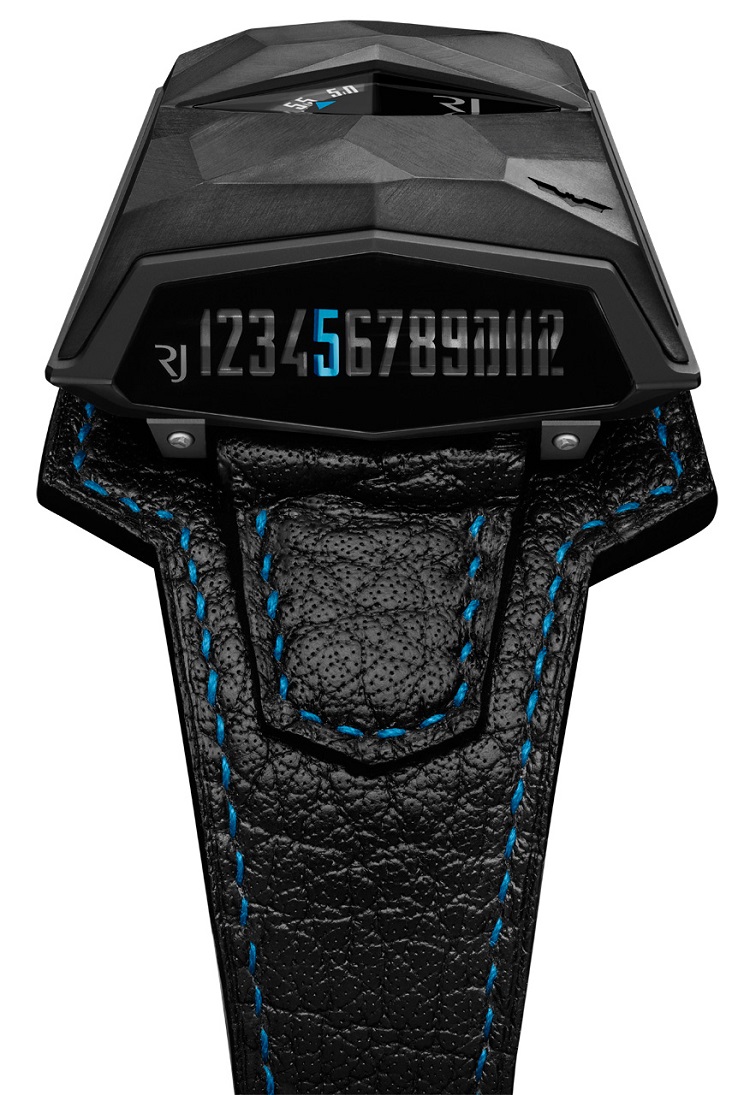 The watch follows the Spacercraft’s form and function, giving time-reading a whole new meaning. The hours are displayed on the side of the case with a bright blue indicator, which are read from left to right. The minute indicator is found on a black rotating disc on the top of the case, read by a striking blue cursor.

And if the Spacecraft: Batman was not special enough, it also features a unique automatic movement. Exclusively developed by Geneva-based manufacturing facility Agenhor, it combines an unprecendented four different complications: lateral, linear, jumping, and retrograde. Also exclusive to this collaboration, the watch comes in a black and blue buffalo leather cuff, which hugs the unique shape of the timepiece. 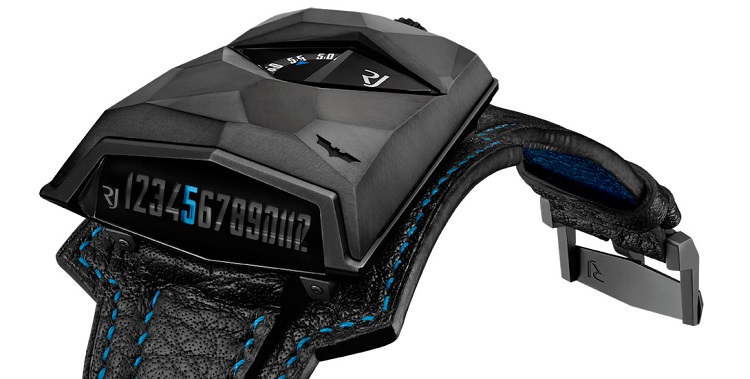 Appealing both to aficionados of fine watchmaking and the Caped Crusader himself, this limitied edition timepiece – produced in only 75 examples – will retail about about CHF 27,000, or USD 33,000. And, as always with Romain Jerome, this timepeice offers watch lovers the chance to explore their fantasies, celebrating a contemporary legend in a futuristic manner.