The family-owned company is again making a strong commitment to its Geneva origins by investing half billion Swiss francs for the construction of a new building. The 110,000 m2 facility will become operational in 2018, housing expanded research and manufacturing activates.

There is no place like home, especially when that home will be worth upward of CHF 500 million! Patek Philippe declared its commitment to Geneva in January this year by announcing that it will expand its operational base with the construction of the new facility, which it will call home as of 2018. Work is already under way, with the foundation stone laying ceremony taking place last week in Plan-les-Ouates – a suburb of Geneva – in the company of around 200 guests. 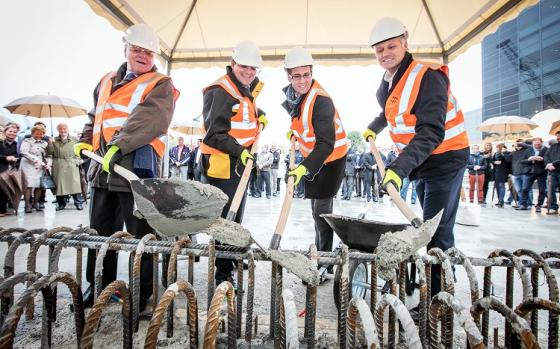 “We are delighted that this project will allow us to further expand and sustainably safeguard the continuity of our business activities; at the same time, it expresses the strong alliance between Patek Philippe and Geneva… It is an important initiative in the long-term interest of our company’s development and future.”

The new project is certainly important for its deepening ties with Geneva. It is also impressive for its material vastness, both in terms of cost and size. But perhaps most important is that it means Patek Philippe is aiming to broaden its technical know-how and maximize its operational capacity in the long term. 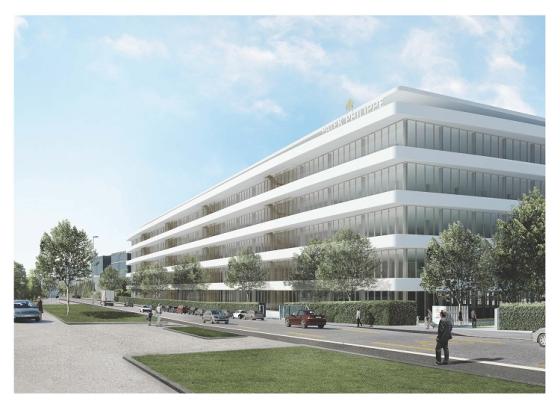 The groundbreaking of the new building is a great indicator of the company’s recent growth. The manufacture consolidated all of its activities in Plan-les-Ouates only in 1996. By 2003 it became necessary to relocate the exterior components department to a neighboring community of Plan-les-Ouates. Soon thereafter, in 2009, the company purchased a plot of land to enlarge its Plan-les-Ouates site, where the new site will lie.

Of the 110,000 m2 floor area, about half will be dedicated to production. The rest of the new space will be used to create an ideal environment for the brand’s multifaceted in-house training programs. This includes the intensification of applied research in horological technologies by establishing new test and homologation laboratories. A new “Rare Handcrafts” department will also be housed at the new building, which will accommodate some 40 internal and external artisans. 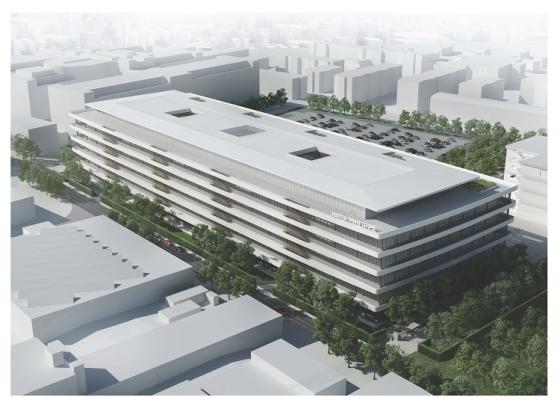 The new base will also allow for Patek Philippe to improve its already excellent after-sales service delivery. Repair activities will be consolidated at the site, and vintage lovers will be happy to learn that a special focus will be placed on the restoration of old timepieces.

Geneva will also serve as the central hub for training assets in watchmaking and repairs, as well as sales and marketing for watchmakers, distributors, and retailers in Switzerland and abroad.

The fact that Patek Philippe purchased the land for its new operational base in 2009 – in the heart of the recession – is telling enough. What is also telling is that the new site will house a much more consolidated and expansive research, manufacturing and service operation, meaning that we can expect even bigger things to come from the company after 2018.