Fit for an emperor: the Emperador cigar chest


Fit for an emperor: the Emperador cigar chest

Imperiali Genève has unveiled the Emperador cigar chest, a limited edition piece valued at 1 million Swiss francs. A marriage of cutting-edge technology, Swiss watchmaking and savoir-faire, it comes stocked with 24 of the finest cigars in the world.

What started as the quest to create the perfect cigar, ended with the creation of “the most prestigious cigar chest in the world” according to Imperiali Genève. About three years ago, friends and partners David Pasciuto and Stephane Nazzal, conceived the ultimate cigar, inspired by a conversation with another cigar lover. Deciding that a normal cigar holder would not do justice to their creation, they set out to make the appropriate chest. 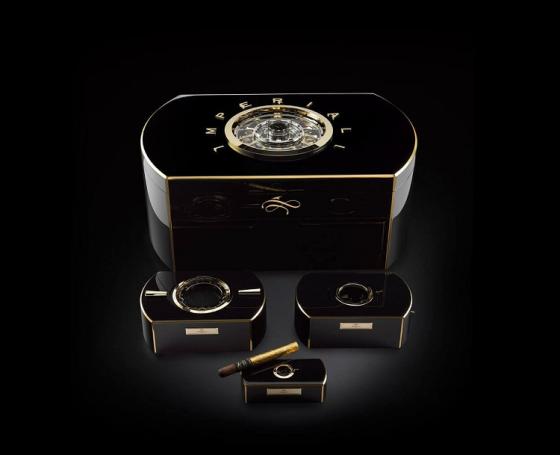 Just released by Imperiali Genève – the young company aspiring to “transcend the bounds of reason” - their ambition has resulted in the exclusive Emperador cigar chest. How exclusive, you might wonder? Well, only 12 of the cigar chests will be made each year. And if that was not exclusive enough, each one will cost one million Swiss francs. An emperor’s price, indeed.

There is a reason why the Emperador cigar chest will only be available to a privileged few. For starters, it is made of 2,675 high-quality components, which are the product of the combined skills of experts from 27 different trades. It also incorporates state-of-the-art technology which has granted it several international patents. 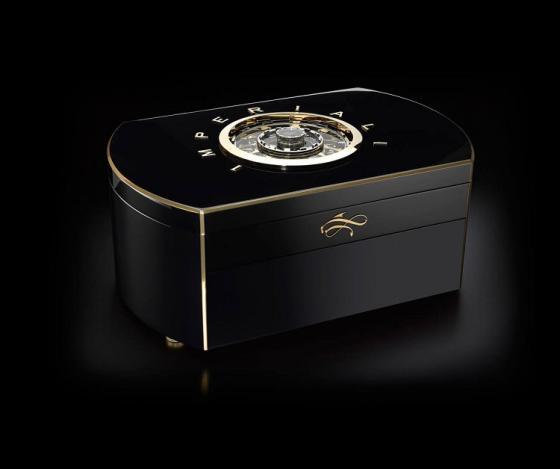 Measuring 70 cm long, 45 cm wide and 30 cm high, the extraordinary chest is crowned by a tourbillon timepiece, which itself is made up of 323 parts and a ‘Clous de Paris’ guilloché dial. With its mechanics behind the scenes, only three mechanical indicators are visible to the user. These display the relative humidity and temperature inside the chest, the power reserve and the number of cigars remaining.

In fact, Imperiali Genève has developed the world’s first self-regulating humidity system. It guarantees a constant humidity level of 70% and a temperature of 16 to 18 degrees Celsius, which of course can also be easily adjusted by the user. Regardless of external environmental conditions, this feature ensures the cigar can be properly savoured. 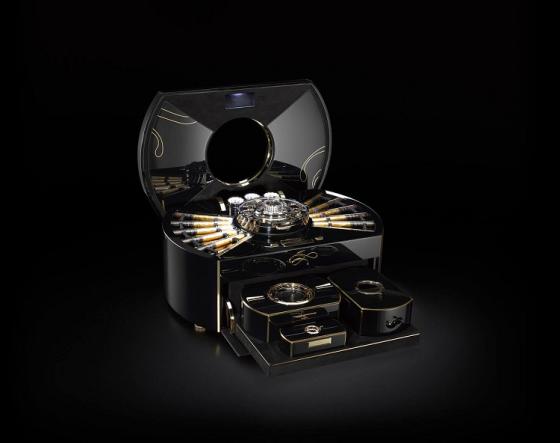 The chest also comes fully stocked with 24 exceptional Grand Cru cigars, aged to perfection over 48 months. They are wrapped in four gold leaves and arranged in individual glass tubes around the sophisticated timepiece. The cigars are a product of meticulously selected rich, complex and balanced tobaccos, sourced from the fertile plantations of the Jamastran Valley (south Honduras) and the Jalapa Valley (north Nicaragua). 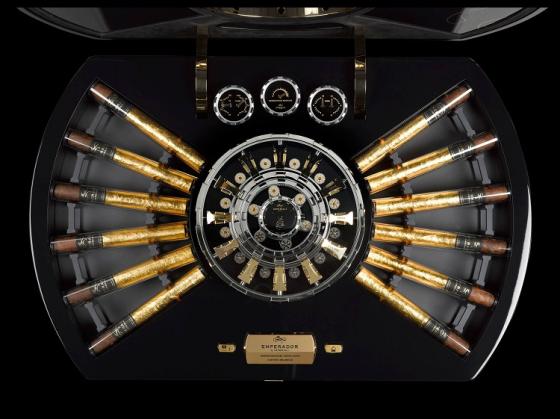 The Emperador also hides three accessories that elevate the experience. A high tech cigar cutter enables a cigar to be either mechanically cut or perforated. The table lighter and its three nozzles offer a perfect flame, and the mechanical ashtray opens automatically whenever a cigar is brought near it. 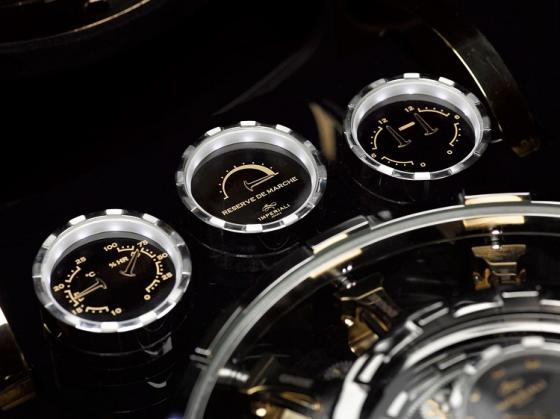 And in case someone tries to enter this treasure chest, the cigars are protected by a personal secret code, which is activated by entering a pass code using golden touch buttons. While that will ensure that the cigars inside will be safe and sound, the question remains what will protect the million dollar chest from being stolen itself!