François Czapek, one of the great figures of nineteenth-century watchmaking, has reemerged from history. Czapek & Cie is now back, and the Quai des Bergues collection pays tribute to the famed watchmaker’s artistry.

Remember Czapek? I wouldn’t be surprised if you were hard-pressed to recall the historic brand. But you will most probably remember the name moving forward.

François Czapek was a Polish watchmaker, who was an associate of Antoine Norbert de Patek, also a fellow Pole. The latter name you might be more familiar with; Antoine Norbert de Patek was the creator of famed brand Patek Philippe. Both men lived in Switzerland, and in the 19th century Czapek’s name was also associated with the most prestigious circles. His prized timepieces were rare and coveted, in part because he supplied the nobility, including Napoleon III, Emperor of France, who named Czapek as his Imperial Court Watchmaker. 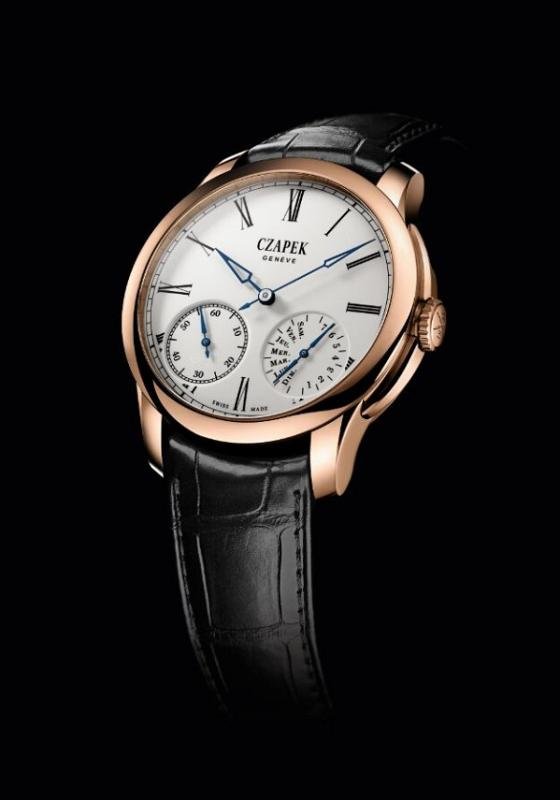 To this day, Czapek watches are much sought after by collectors for their quality and design. Czapek understood the science of chronometry, but also knew how to give his watches a very special aesthetic style. This can be seen in his historical timepieces, which featured classy elongated Roman numerals, slim hands, and, above all, the unusual positioning of two subdials, one at 4:30, the other at 7:30.

Unfortunately his name has been forgotten by the mainstream, apart from the rare vintage collectors. And now, the famed Czapek label has been revived. The first collection is named Quai des Bergues, in memory of the spot where François Czapek had his workshop. It is the first family of six anticipated models that will perpetuate the Czapek style and name in the haute horlogerie segment. 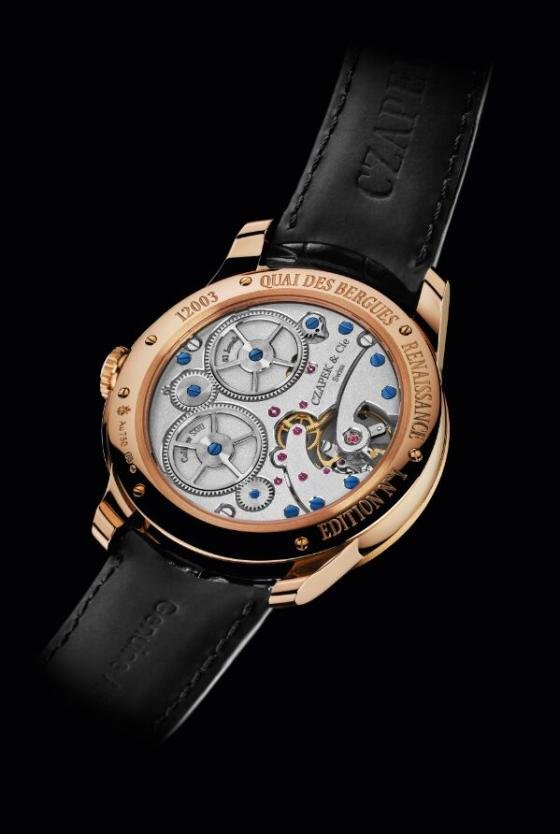 The new Czapek SXH1 calibre is the work of Chronode, the Le Locle-based company of Jean-François Mojon. The 29 jewel movement is finely decorated and remains aesthetically true to the 1850 original. Running at a frequency of 3 Hertz, it boasts an impressive power reserve of 168 hours, which translates to seven days.

The case is manufactured by LAB in La Chaux-de-Fonds, and comes in either the more classic rose gold or white gold, titanium, or “XO” steel, a material that is ultra-resistant to corrosion and has never been used in watchmaking before. The watch also features the two typically Czapek subdials: one that marks the small seconds, at 7:30, and the other at 4:30 marking the power reserve and the calendar days. 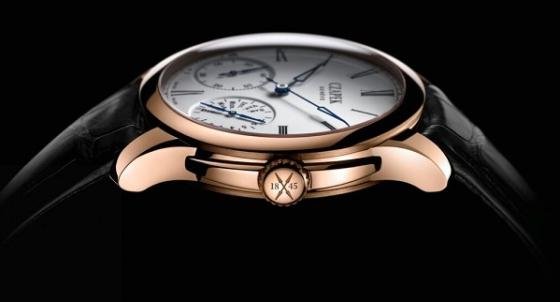 We have three Swiss entrepreneurs to thank for reintroducing this brand to us, who were responsible for organizing the Czapek comeback. Digging through historical records and tracking down Czapek timekeepers that had been sold at auctions, they were inspired. A few year on, and they registered Czapek & Cie as a limited company, taking the name of the company created by François Czapek & Cie on May 1, 1845.

To finance the start of the venture, they found private investors and sold off the Czapek Design Study Chronograph, a watch that bears the iconic C73 caliber. The objective now is to raise 1 Million Swiss Francs through crowd funding, meaning that any watch lover or savvy business person can become an investor in Czapek & Cie and contribute to the revival of this historic brand.