The hot-blooded chronograph pays tribute to the Navy Seals


The hot-blooded chronograph pays tribute to the Navy Seals

High spirited watchmaker Graham gets in the spirit of giving back. Two limited edition Chronofighter Oversize Navy SEAL Foundation watches were auctioned off, rising $140,000 for the American-based organization.

“Hot-blooded watches from a spirited life.” If you ask Graham founder Eric Loth what watchmaking at his company is all about, that’s what he would tell you. Loth’s convictions run deep, and for him, every watch is a challenge that he takes on seriously.

Swiss made but British inspired, Graham traces its origins all the way back to London clockmaker George Graham, who is considered as the father of modern of the chronograph. The idea behind the brand is to take the basis of George Graham’s achievements and concepts and translate them to create unique and contemporary timepieces. 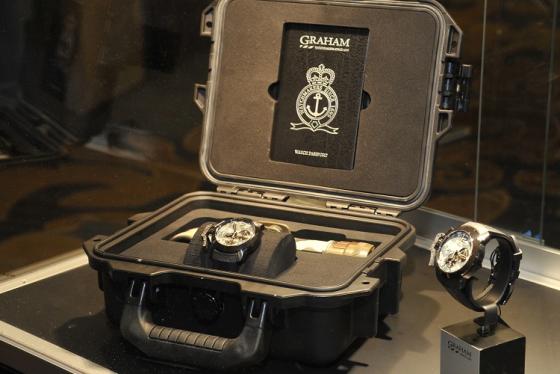 And Eric Loth is the visionary that carries the burden of that heritage and translates it to modern watches today. A master of many trades, Loth has followed the path forged by George Graham in the 17th century; the brand’s founder holds no less than 30 international patents in material technology and watch developments.

And based on the heritage of the brand, we can’t expect just any kind of chronograph to be produced by Graham. Their Chronofighter Oversize is case in point. It features a 47 mm steel and PVD case, powered by a caliber G1747 automatic movement beating at 4Hz, and producing 48 hours power reserve. You know you are dealing with a serious Chronofighter by the black carbon fiber trigger over the crown, and the grey digital camouflaged dial. 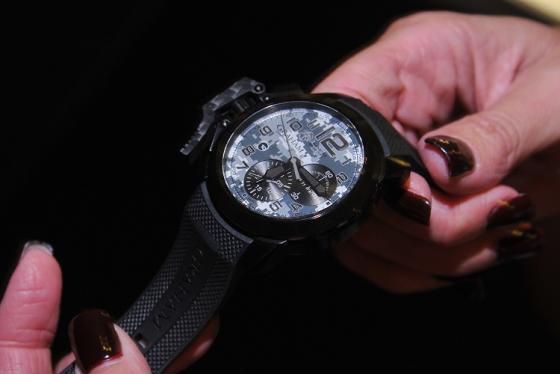 Back to those hot-blooded convictions. You might be hard pressed to find something more convicted and more hot-blooded than the American “red white and blue”. So it’s no surprise that Graham has partnered with the US Navy Seal Foundation, which provides ongoing support for the families of the Naval Special Warfare community.

The Foundation commemorated the heroic efforts of soldiers and honored veteran actor and director Clint Eastwood for his long standing support of Navy SEALs, including his recent work with the film American Sniper. 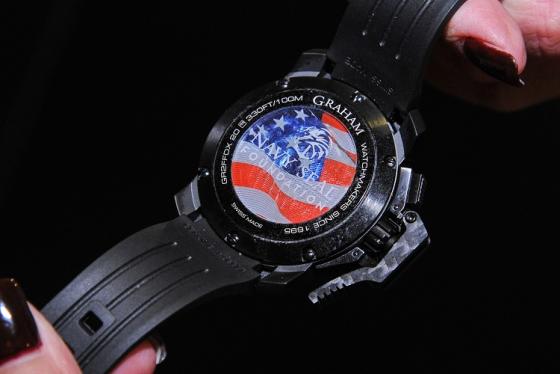 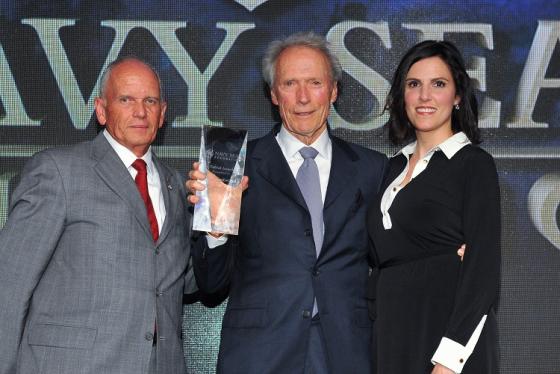 In total, the two watches raised a staggering $140,000, which will support the work of the Foundation. Brand founder Eric Loth, expressed his happiness:

“We are absolutely delighted that our watches were able to make such a contribution and therefore be of great assistance to the Navy Seal Foundation, and their mission to provide immediate and ongoing support and assistance to the Naval Special Warfare Community and its families”.

No questions about the brand’s spirit there.