Bomberg, a bolt of colour


Bomberg, a bolt of colour

The BOLT-68 collection by Bomberg is where Swiss movements meet outstanding colour and design. The newest addition is an automatic chronograph model, which also features a chain and medallion to turn the wristwatch into a “disruptive” pocket watch.

Bomberg’s BOLT-68 collection is quite new, only coming onto the scene in 2014. But it didn’t take long for the brand’s second product line to make an impact. Now, two versions of the BOLT-68 are available: the 45 mm Bolt-68 Chronograph quartz models, and the 47 mm BOLT-68 automatic models, powered by a Concepto caliber 99001 automatic movements. 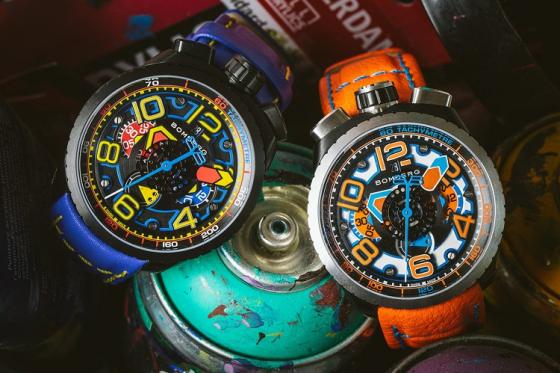 The collection’s name tells the story of the company DNA. “68” refers to one of the most significant years of the 20th Century, a time period of psychedelic colours which seem to have found their match on Bomberg’s colourful timepieces. The “bolt” part of the name is pretty evident too, whether you understand it as energy in the form of lightning, or as strength in the form of a fastening bolt. 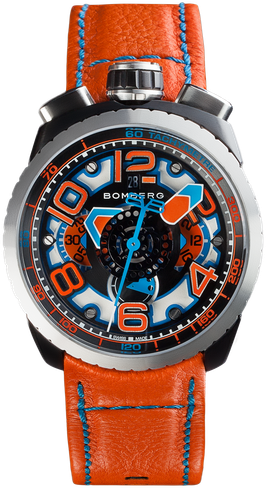 The new BOLT-68 Automatic Chronograph adds another punch to its already powerful design, relying on the bold paintings of young Swiss artist Thomas Mustaki, who provided the background pictures that are now part of these exclusive timepieces. Available in stainless steel or black PVD finishing, the unconventional dial and bulky hands make these timepieces perfect for anyone who wants to pop out of the crowd. The visual appearance of the collection is extraordinarily colorful, sometimes not knowing where to look, but at the same time not being able to look away.

As usual with all BOLT-68 products, the automatic models also come with Bomberg’s patented transformative ability, which allows the wearer to turn the wristwatch into an exclusive pocket watch. Using an ingenious bayonet system with a trigger guard, the time-keeping module can be detached from its base and attached to a metal chain to be transformed into a pocket watch. The chain itself is bulky and makes a statement itself, quite the departure from the fine chains of the pocket watches of the gentlemen of yesteryear. 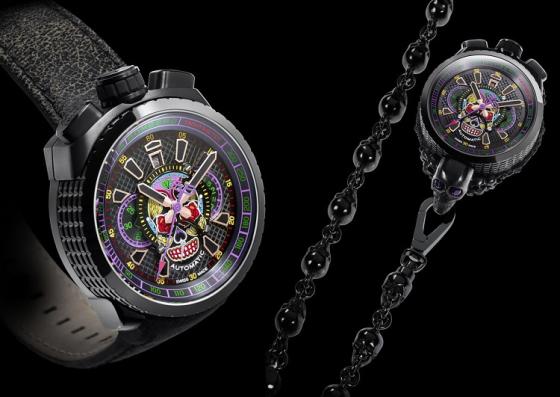 With its unusually creative dial and high quality leather strap, the BOLT-68 Automatic Chronograph is available in four references, allowing consumers a wide range to express their style. The top of the line model is the BOLT-68 Skull, which is produced in a limited edition of 250 pieces, featuring a black metallic chain whose links represent a series of skull and crossbones. There is a reason why the brand refers to it as a “disruptive” pocket watch after all. 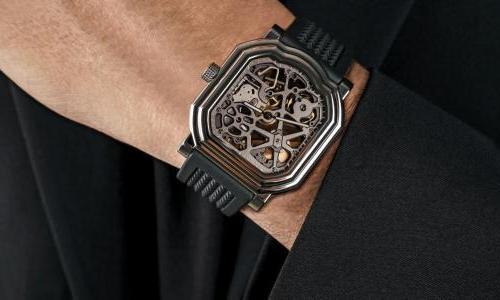 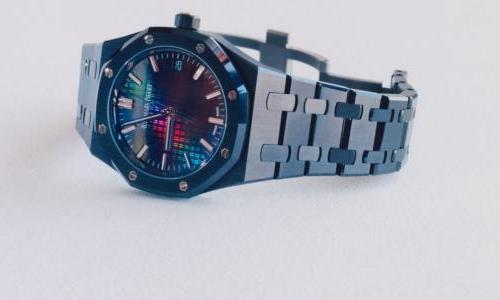 Audemars Piguet presents a new limited edition 34 mm Royal Oak Selfwinding in black ceramic. This timepiece is the fruit of the latest collaboration (...) 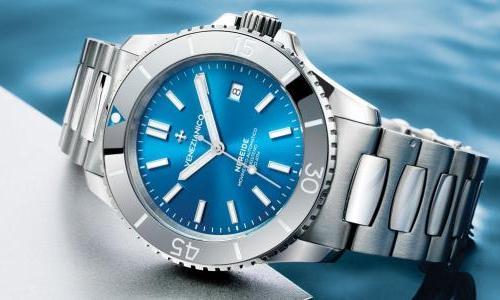 “Venetian spirit”, Swiss movement and a bezel made of tungsten, the hardest of all metals, combined in a sporty design with a 42mm (...) 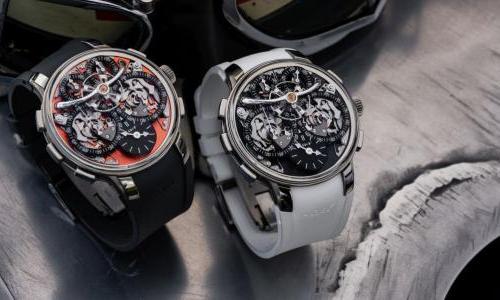