The REC P-51, a solid watch with a solid cause


The REC P-51, a solid watch with a solid cause

Since its launch in 2014, REC has been salvaging classics and transforming them into watches. Their latest collection, the P-51, is powered by an automatic mechanical engine and made from recycled Mustangs.

You might remember REC Watches from their previous work; the brand took the classic Austin Mini and recycled it – by hand (!) – to produce some very special timepieces. Back at it again, the Danish brand has now started a new project, which brings back to life another motoring classic, the Ford Mustang, the quintessential American muscle car.

Frist, credit goes to REC for really knowing how to relate to and engage with its fans. The brand doesn’t just rely on crowd-funding to kick off its projects, but it also crowd-sources ideas. What better way to know what your customers want than simply by asking them, right? So the choice to make watches from salvaged old Mustangs was decided based on a poll they had on their website, and the Mustang won the race. 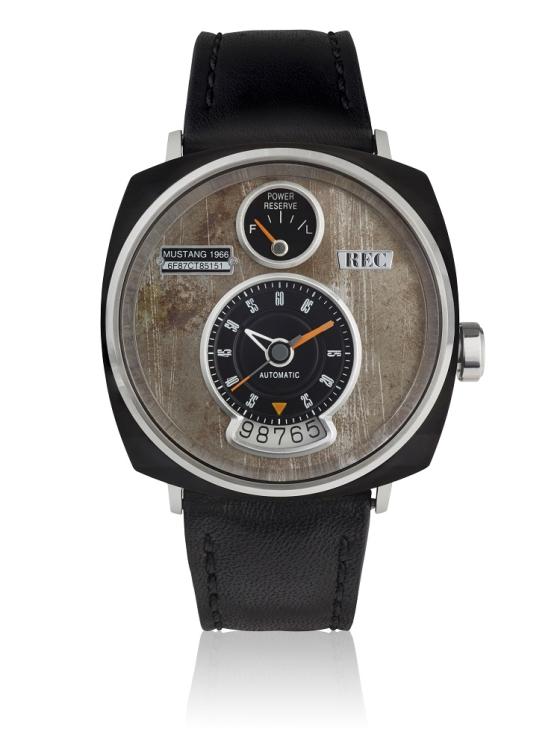 The next question was the name for the new collection. The P-51 name is a subtle reference to another Mustang, the US Air Force P-51 Mustang fighter plane. Ford’s Lead Designer and Executive Stylist during the 1960’s, John Najjar Ferzely, was an avid aviation enthusiast. He compared the diminutive but sleek profile of Ford’s new concept sports car with the famous WWII fighter plane. And the resulting car was as dominant on the road as the airplane was dominant in the skies.

The watches are not only inspired by the design of the classic Mustang, but they also incorporate metal salvaged from the old cars. This is another point in the “plus” column for the young company, reclaiming old materials and repurposing them in their watches. It shows that they are a conscientious brand that is very in tune with important social values. And another benefit of using material form old cars is that is ensures that every single watch will be visually unique. 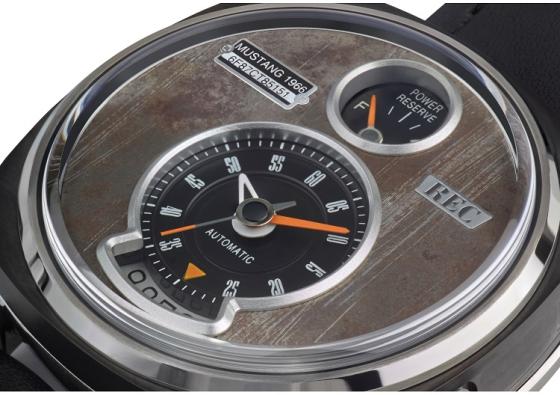 It also helps to make a unique connection with their watch owners, because each watch comes with its own ’Story Card’. It looks like a credit card, which is scannable thanks to a built-in NFC-chip and QR code. When activated, it links you directly to a video that explains the exact story of the specific Mustang that became your watch.

And to pay respect to those old cars – which are no longer worthy of the road – the previous owner of the car gets a free watch made with materials from his or her own car, ensuring that it lives on for many years. 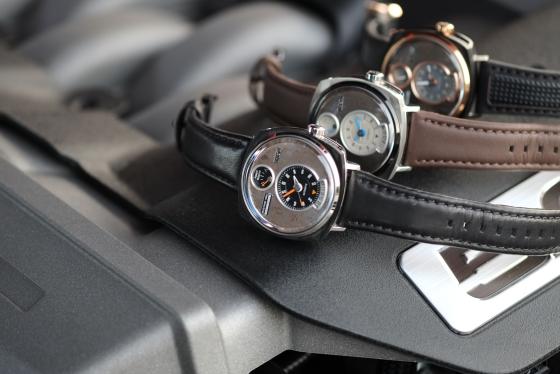 The new P-51 collection comes in three models, and each differs in colour scheme and materials used. The watches come with straps that are almost as unique as the watches themselves, coming in either rugged kevlar, green leather khaki, or in cowboy-style denim, yet another American classic.

To ensure reliability and accuracy, they chose to match the watch with a Japanese Miyota caliber 9130 automatic movement. Putting a finely tuned Japanese engine in an American chassis might be considered sacrilege by the purest American muscle car enthusiasts. But this gives you the best of both words, a reliable engine on the inside, and classic Americana on the outside, with a twist of Danish design influence – thanks to friends and brand co-founders Christian and Jonathan from Copenhagen – of course. 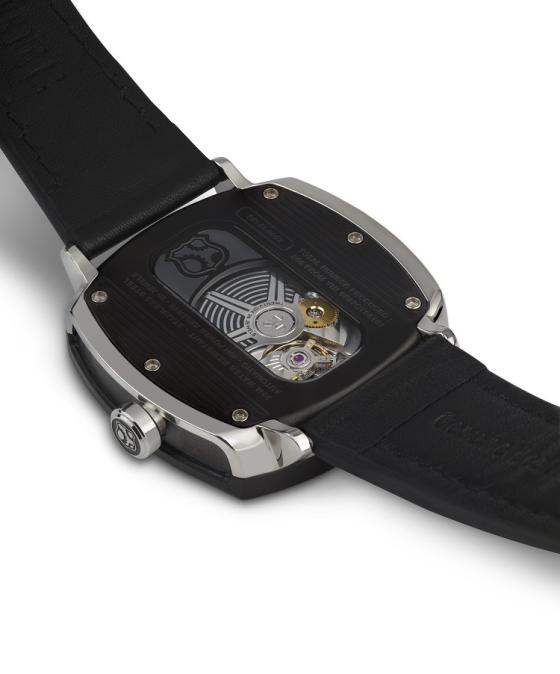 This watch has been over a year in development, and the company is very close to reaching its funding goal on Kickstarter. Production is slated to begin in January 2016, meaning that the P-51 can be on your wrist starting from March 2016. And whether you are a car enthusiast, support a good social cause, or just appreciate solid Danish design acumen, you can’t go wrong with the REC P-51.