Ludwig Oechslin pre-empts the aging process of a timepiece, releasing a unique new moon phase watch that comes with a nice blue patina right out of the box.

Today’s watch industry seems to be all about complications and technology. But the watches of ochs und junior go against the grain, by producing radical simplifications of complex timepieces. The result? Intelligent watches for people who don’t always take life too seriously. 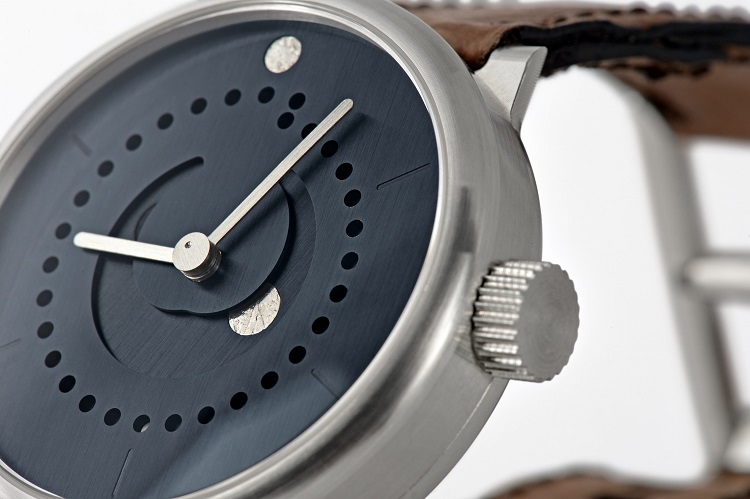 Take, for example, the brand’s new moon phase blue patina wristwatch. Usually a sign of age and exposure to the elements after years of use, Ludwig Oechslin has flipped the script, by starting with the patina and making it the focal point of the new watch. This pure metal execution of his popular moon phase watch also comes in a variety of other dials.

The man behind the brand, Oechslin is also the thinker responsible for some of the most highly regarded watches of the past 30 years. And his out-of-the-box thinking also shows in this watch. The hues of the dial are not the result of added color, for instance, but from a controlled chemical process for oxidizing brass, which ochs und junior developed specifically for its watches. Oechslin has used this patination technique since the brand’s first prototypes were developed in 2006. 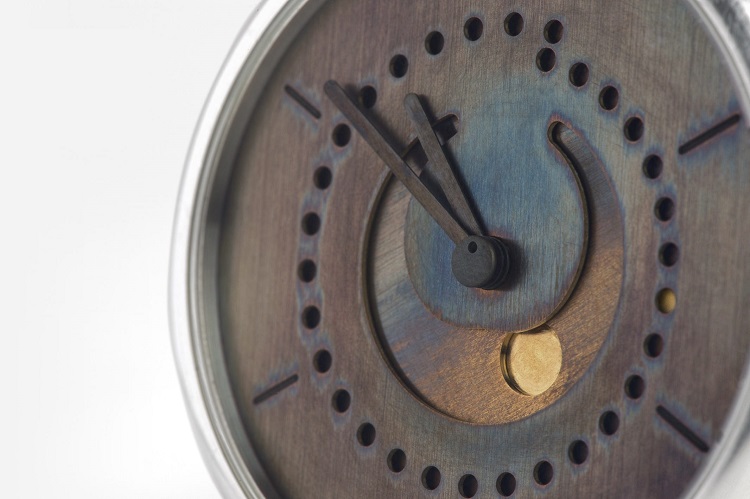 For added contrast, a brilliant reflection of light is achieved from every viewing angle, thanks to the platinum-made full moon, sun at 12 o’clock, date dot, as well as hour and minute hands. Adding nuance is the “the dark side of the moon” which is hammered from dark patinated sterling silver.

The 39mm case – including the crown and buckle - are machined out of solid blocks of sterling silver. The softer silver was selected with a specific intent by Oechslin; it patinates well through wear and records the marks of life from its owner. Again, a watch that doesn’t take like to seriously, that won’t fuss over a scratch or two to the case. 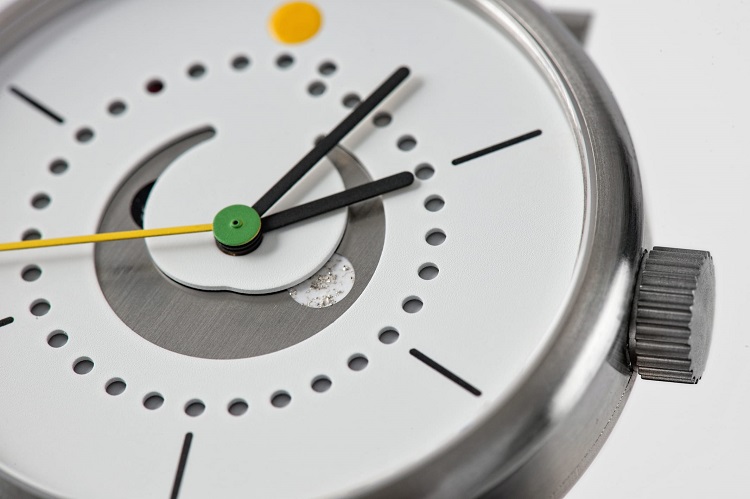 The Moon phase blue patina by ochs und junior can be had directly from the brand’s workshop in Lucerne, Switzerland, where each watch is hand-patinated, hand-assembled, and hand-regulated by watchmaker Sandra Flück. You also have the option of picking one up online, where an interactive customizer tool will ensure you get exactly what you want. 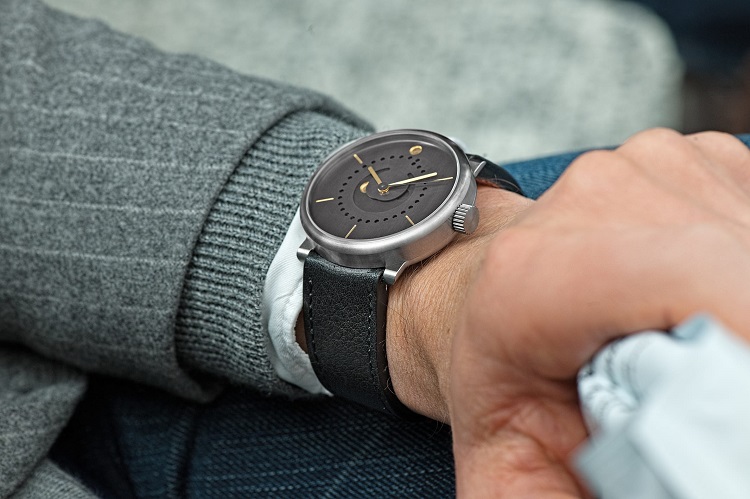 The brand plans to manufacture only 5 examples of this particular model in 2016, with another 45 moon phase watches with different dial designs rounding off the production run. That kind of exclusivity, coupled with its uniquely simplified design, has this watch coming in at a price point of about CHF 12’100. So while the watch itself isn’t so serious, the price tag certainly is.