Russia gets complicated (with the Computus Easter Clock)


Russia gets complicated (with the Computus Easter Clock)

Konstantin Chaykin Manufacture - Russia’s leader in unique timepieces – has developed the most complicated clock ever created in the country, the religiously-themed Computus Easter Clock.

Konstantin Chaykin is the man responsible for the new Computus Easter Clock - and indeed for the company itself- which seems to be the most complicated clock ever created in Russia. Chaykin is the only Russian member of the International Academy of Independent Watchmakers, and has over 60 patented inventions and watch complications to his name. For this clock alone he also developed 3 new patents.

To give you a better idea of just how complicated the Computus Easter Clock really is, the proprietary movement is made up of 1,275 parts, and the clock is the result of over 10,000 hours of hand labour. As a result, the mechanical heart of the Computus Clock manages 16 time-telling functions apart from indicating Eastern Orthodox Easter, including: moon phases, power reserve, time equalizer, a star map, days of the week, date, month and year by the Gregorian calendar, including leap years. 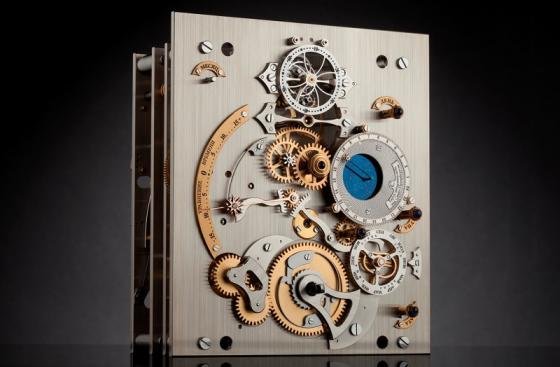 The inspiration for creating this impressive timepiece might also be obvious: religion. Religions of all forms have been a passion of his for years, particularly the different calendars and symbolism. And you can find clocks and watches he has invented with Christian, Hebrew and Muslim symbols and calendars. With this clock, Chaykin has managed to connect religious meanings with telling time:

“I do not tie my creations with faith itself. I create timepieces related to religion because I am fascinated by the history of time-telling. There is a surprising amount of information about how mankind learned about time in all holy books. And creating timepieces to reflect this knowledge requires monumental research and work.”

Timekeeping has been connected to religion from the start. The first mechanical clocks, for example, were located on towers so that people would know when services would be held. Following that rich tradition, Chaykin’s latest masterpiece is tied to the Russian Orthodox Calendar. The clock’s complex movement impressively identifies the moving date of Eastern Orthodox Easter, an impressive feat in itself because of the numerous rules and limitations, to name a few: lunar cycles, solar cycles, the indict, the epact, the solar correction and more! 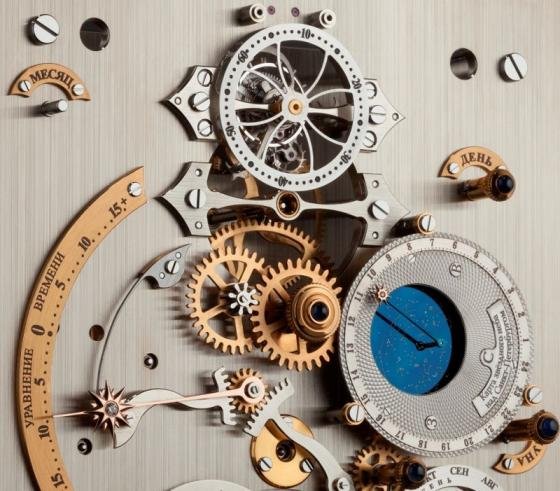 The appearance of the Computus Clock is equally complicated and beautiful. The case is designed to look like the St. Isaac Cathedral in St. Petersburg, both inside and out. The dome of St. Isaac’s is a landmark in regal city – which also happens to be Konstantin’s home town - and it is among the largest in the world. The Computus clock is surmounted by a similar dome, gilded in the guilloche technique and covered with gold enamel. The impressive colonnade of St. Isaac’s is also replicated in the Computus Clock, which features 24 columns that act as hour indicators for the function ‘Times of Russia’ – a system for identifying the time in all of Russia’s time zones.

You wouldn’t think that one of the most complicated things coming out of Russia these days is actually a clock. But here we have the Computus Easter Clock, a true feat of Russian watch engineering.