Inspired by the spirit of travel and built to celebrate exploration in the Caribbean, Ernst Benz has launched the 18th Degree ChronoSport, a special edition series of timepieces featuring a 17th century map of the Americas during the golden age of piracy on the dial.

There is hardly a better way to spend the cold winter months than dreaming about the Caribbean. Or better yet, actually travelling there. And for those that can’t manage the journey, there are always the timepieces of the 18th Degree series by Ernst Benz. 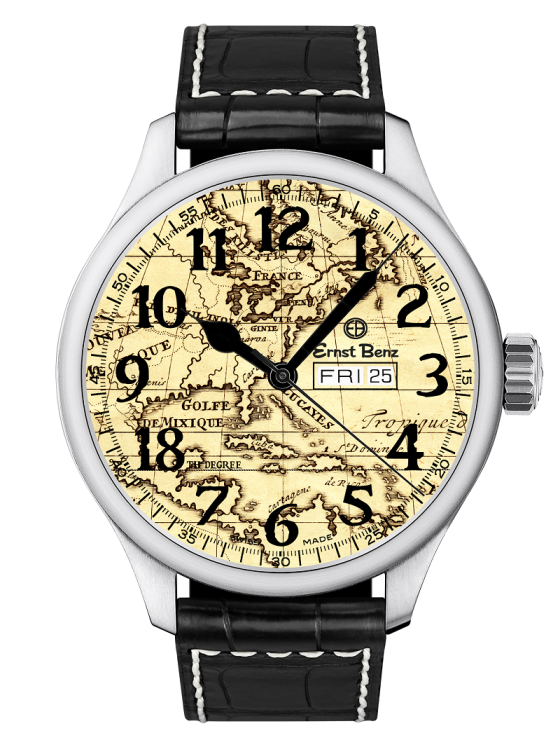 The unique ChronoSport model is available in either a 47mm or 44mm case, and comes in two distinct dial variants. One is a striking black dial version, which expresses the dark and cryptic nature of the pirates of the seas, and is matched with a matte black DLC case.

It is also available in a brushed stainless steel case which sports a more vintage feeling dial with a parchment map design. Both versions come equipped with a reliable ETA caliber 2836-2, which ticks at a relatively high rate of 28,800 vph and has the benefit of a 38 hour power reserve.

The watch features a vintage 17th century map design on the dial, which displays the 18th degree latitude line north of the equator, which is known as the 18th Parallel North Circle. This line connects some of the most important locations during the seafaring days, from the Eastern Caribbean to Africa, India, and the Philippines. 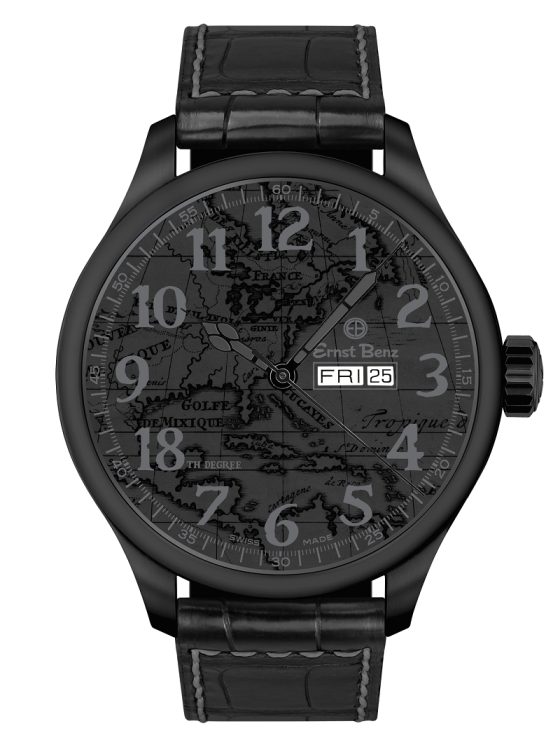 With its dial design, the new series tells the tale about the discovery of the Western world and the Caribbean Islands, and also the evolution of watchmaking. Back when the sea was ruled by brave explorers and plundering pirates, navigating the waters was achieved with the use of a simple compass and map. But the development of timekeeping led to ship chronometers and modern nautical instruments, which helped to navigate their journeys.

While this watch is not exactly a nautical instrument, it is certainly a timepiece that might be enjoyed by modern travelers who like the history and sense of adventure of the seafaring days. Priced at somewhere around $USD 3,500 – 4,000 (based on the model), it’s just a question of whether you would rather travel to the Caribbean a few times, or to wear it on your wrist for many years to come.