ZRC’s original Grands Fonds model was a diving watch par excellence. An innovative timepiece, it was mostly known as the watch of the French Navy. Thankfully, the re-edition of the classic is just as good, meaning that it hasn’t changed all that much.

In the early 1960s, ZRC (short Zuccolo Rochet & Cie) was developing its now iconic Grands Fonds 300 wristwatch. The brand - with historical roots in France and Switzerland – had a simple enough objective: to produce an affordable and efficient diving watch. Little did they know that they would end up producing a truly revolutionary wristwatch. 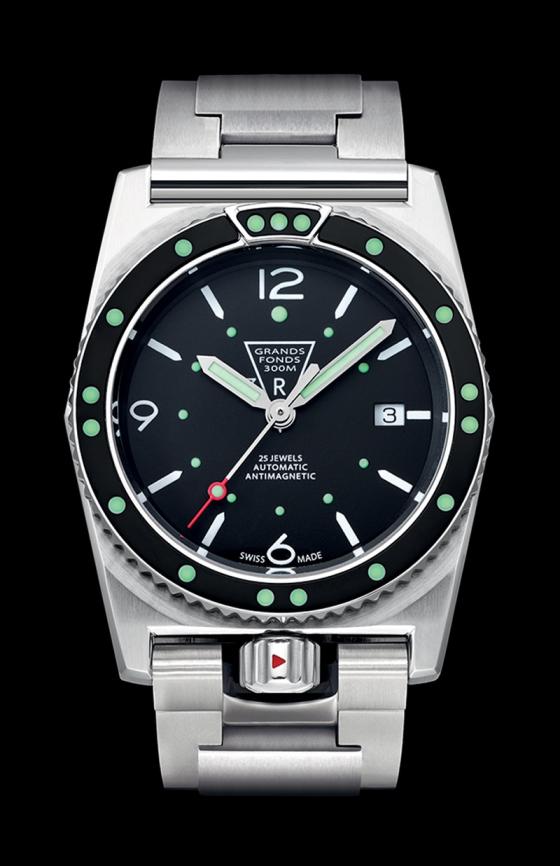 Working closely with a French diving team based out of picturesque Annecy, France, they soon came up with the first reference model. But after a test run by the French Navy, the professional divers had one or two things to say. For one, they explained to ZRC’s designers that the crown located at the typical 3 o’clock position posed a problem: as it was too vulnerable during underwater manipulations. 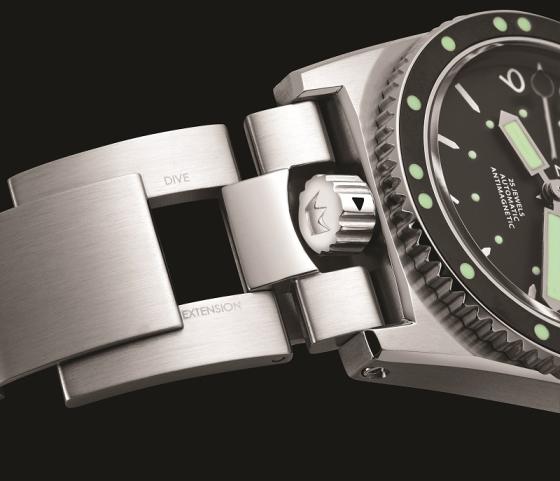 So the designers adjusted. They developed the famous crown at 6 o’clock position, connected to the case using an exclusive system consisting of a machined canon. It meant that the Grands Fonds would be made from a single-piece case, the first and only of its kind. Not only that, but the case was also machined from steel reinforced with magnesium, making the watch completely non-magnetic. Of course, the mine clearance divers of the French Navy really appreciated that feature. 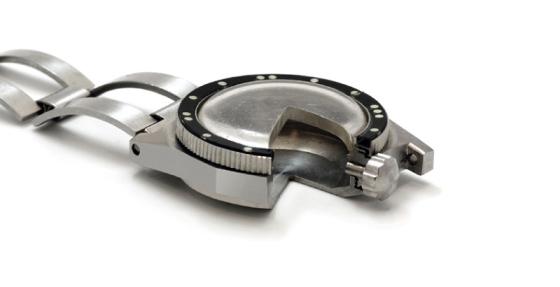 But the innovations didn’t stop there. The Grands Fonds sported a bracelet strap with two extendable links, allowing the watch to be worn over a diving suit without requiring further adjustments. And there was also the expected ultra-luminescent Magnum hands, which ensured perfect legibility when diving. Suffice it to say the watch became an instant classic, not least among the French Navy, which became synonymous with the watch.

Following the massive success of the Grands Fonds 300, ZRC decided to re-release a new, Swiss-made version, of the revolutionary watch. Any re-release for a classic can be tricky business, trying to keep the spirit of the original while at the same time making it relevant to the present day.

In this case, ZRC split the difference, and the Grands Fonds 300 was released in two versions. The first was a 100% faithful re-edition of the model produced in the 1960s, made to the standards of the mine clearance divers of the French Navy. The second was an updated and sportier model, featuring a case diameter of 40.5 mm (instead of the original 36mm), which is more in line with current trends. Powered by an ETA movement this time around, the new edition also features a unidirectional notched bezel, reverse direction winding mechanism and a diver’s strap. 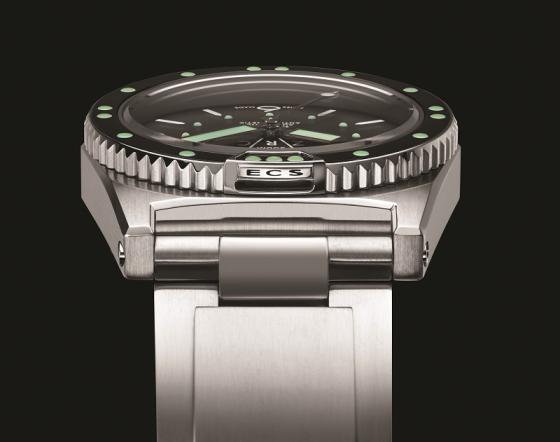 Of course, all of the classic elements which made the original a hit were retained: the dual-adjustable strap, domed sapphire crystal, and of course the famous crown at 6 o’clock and bezel with luminous inserts. If it ain’t broke, don’t fix it, as the saying goes. Sometimes it’s the most obvious things that leave the greatest impression.