For the first time in its history, Hautlence received the call up to participate at this year’s SIHH, as part of the newly created Carré des Horlogers. The brand took the opportunity to present 6 new models at the event, but it was ex-footballer Eric Cantona and his collaboration with the brand from Neuchatel that captured most headlines. 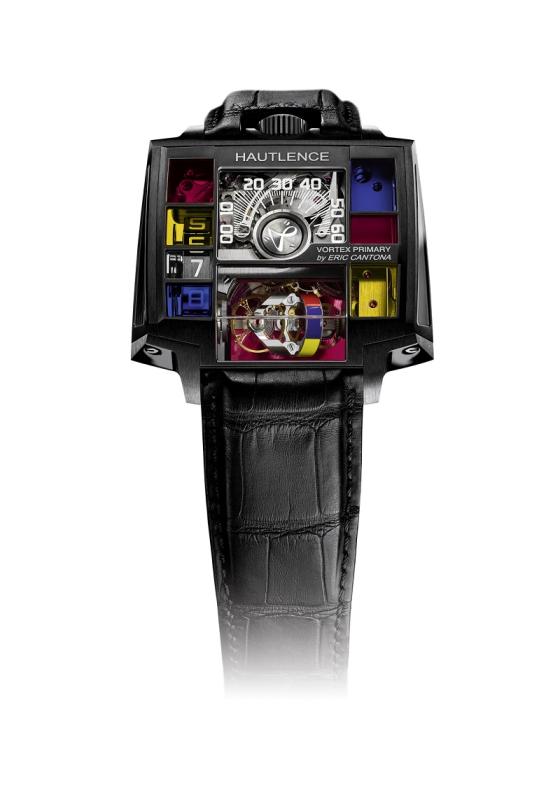 In fact, Hautlence leaned heavily on its partnership with the mercurial athlete, besides inviting him to present the second chapter of his collaboration with the brand, the new Vortex Primary wristwatch. They also presented a movie of Eric Cantona’s immersion into the watchmaking world, and used Cantona’s private collection of art to decorate their SIHH booth, including with pieces from famed street artist Banksy. 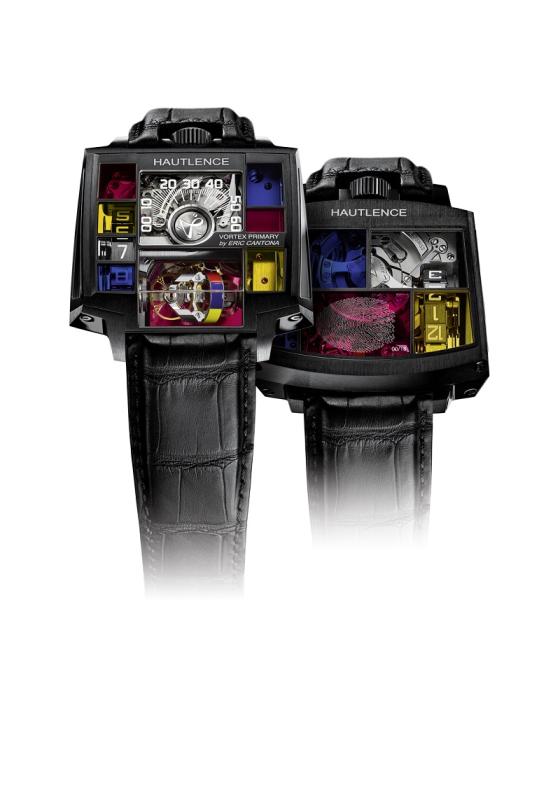 The Vortex Primary does indeed look like a well-executed piece of technical art. Inspired by post-modern architecture and deconstructivism, the three-dimensional case of the Vortex Primary is embellished with coloured glass that maximizes the view of the complex movement from all sides. The mosaic-inspired design of the Vortex Primary was actually Cantona’s idea, according to the brand’s co-founder and outgoing chief, Guillaume Tetu:

“Eric asked if we could work with three-dimensional glass panels, which would allow a partial view of the mechanism powering the watch. The idea was to craft the timepiece sculpturally, in the same way one would design a three-dimensional mechanical piece of art.”

Sharing his thoughts on the Vortex Primary, Cantona was philosophical, discussing his passion for art and the notion of time itself:

“Through the Vortex Primary, I wanted to take a deeper look at the symbolism of passing time. The coloured glass panels make us question our own relationship with time, with light flowing through the case to highlight the movement in an almost mystical way.” 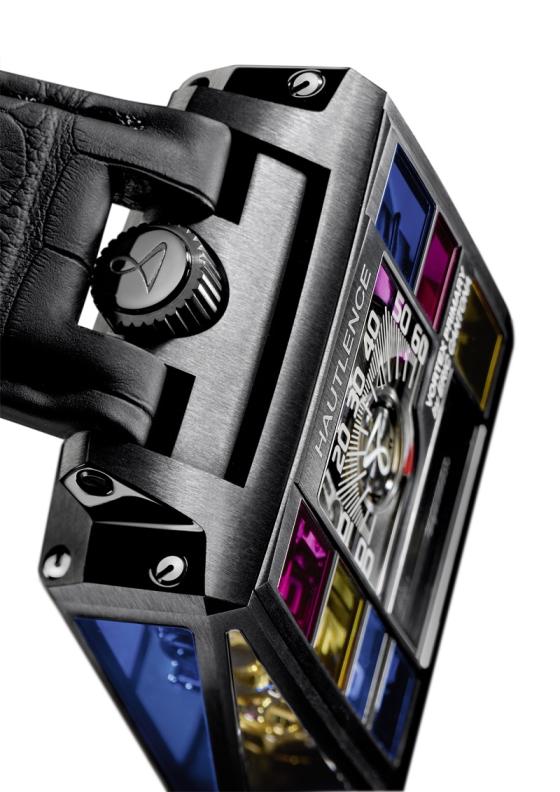 And idea is one thing, execution is another entirely. The starting point for the engineers at Hautlence was the Vortex timepiece, which was released in 2015. As the successor watch, the Vortex Primary features the same spectacular mechanism – which is actually angled at 90 degrees - but it flaunts a new look thanks to the primary coloured glass structure of the watch. The result is a sculptural case that mimics a three-dimensional mosaic made from a total of 19 different coloured glass panels.

Its state-of-the-art case is made of black PVD-coated grade 5 titanium, weighing a surprisingly low 48 grams given what we get with this watch. But despite the impressive case, our attention is firmly on the fact that this watch appears to not have a dial. Retrograde minutes are placed directly on the sapphire crystal of the case, with the half-trailing hours indicated through Hautlence’s signature jumping hour chain system. 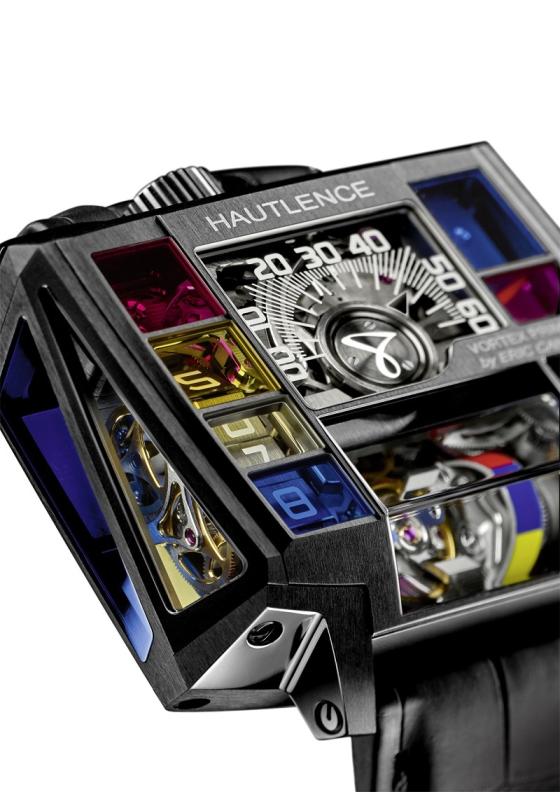 The new Vortex Primary is available in six different, interchangeable straps, including a choice of black Louisiana alligator leather or five different coloured rubber straps, each fitted with a folding clasp in grade 2 titanium. That’s good variety, considering that the watch is only limited to18 exclusive pieces.

Overall, the watch provides a pleasantly surprising insight into Cantona’s powerful artistic eye, and of course into Hautlence already established creative vision. And we can also expect more colour and bold designs coming from the brand in the near future, as newly minted CEO Sandro Reginelli has hardly had any time to stamp his vibrant personality on the brand.