Christopher Ward’s flagship Trident line of divers’ watches has just received a facelift. New life has been breathed into the popular collection thanks to the creative eye of young Swiss designer Adrian Buchmann, who has taken the collection to a new level.

The result is the C60 Trident Chronograph Pro 600, a reinterpreted version of the classic which nevertheless shares much in common with its predecessor.

On first sight, you are instantly engaged by two design elements: the contrasting blue and yellow colour scheme and the offset sub-second dial. 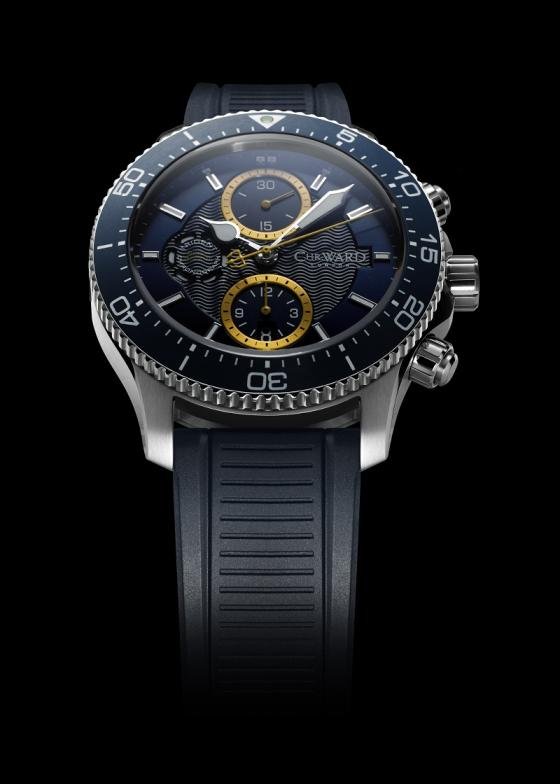 The intricate detail definitely pops thanks to the boldness of the deep navy and metallic yellow combination, adding an atmospheric backdrop to the drama of the vivid yellow sub-dials.

The designer has also chosen to place the 60 seconds sub-dial at the 9-o’clock position, a design inspired by a diver’s breathing regulator. The dial functions through a rotating disc behind a cut-out display, injecting life into this deep-sea machine. While the professional diver can enjoy the added readability of the dial outlay, the causal user can also appreciate the dynamic display. 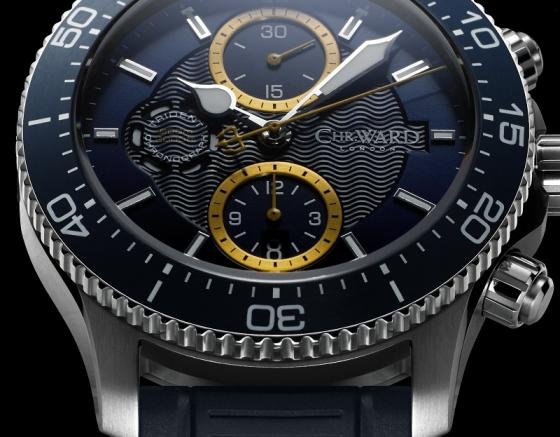 Technically speaking, the watch doesn’t disappoint. The new watch adds a uni-directional ceramic bezel which enhances the Trident line through the addition of a full minute-track. The more robustly defined font numerals also provide outstanding readability, especially in the dark, via the high-grade SuperLuminova filling.

The ergonomic stainless steel 43mm case – which also comes in a titanium option, another first in the collection - incorporates an automatic helium release valve on the side. You can count on it to perform up to depths of 600 metres below the surface, protecting the automatic ETA Valjoux 7750 within. 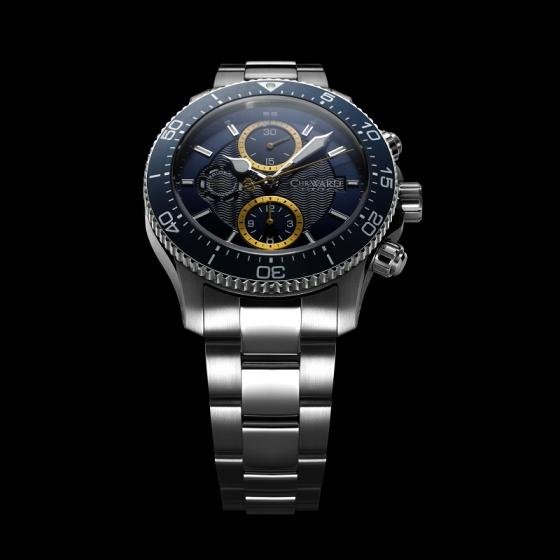 For Adrian Buchmann, chief designer at Christopher Ward, redesigning the Trident was part technical exercise and part having fun with the brand’s well proven collection:

“The Trident is a truly iconic range. The brief was to create a professional diving ‘tool’ built on the Trident’s technical excellence but also push the boundaries even further. It needed to look über cool too. I’m biased, but I think we’ve done just that!”

The new C60 Trident Chronograph Pro 600 represents the unfolding of the brand as a whole, not just the Trident collecton. Christopher Ward has grown as a company over the years, situating itself at the forefront of British watchmaking. And after essentially updating its entire collection last year, reworking its bestselling model – and in my opinion making it even more attractive - is proof that the brand will never rest on its laurels.