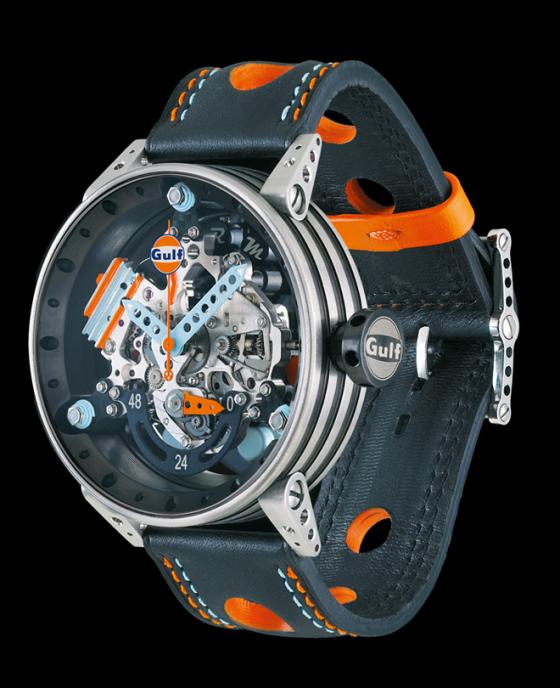 In 2006, BRM presented its first “disruptive” R-50 in titanium. With its movement directly inspired by a motorcycle engine, mounted on carbon arms, the R-50 rapidly became BRM’s iconic model. Since then, it has permanently evolved and is presented today in titanium, makrolon®, titanium and gold or gold.