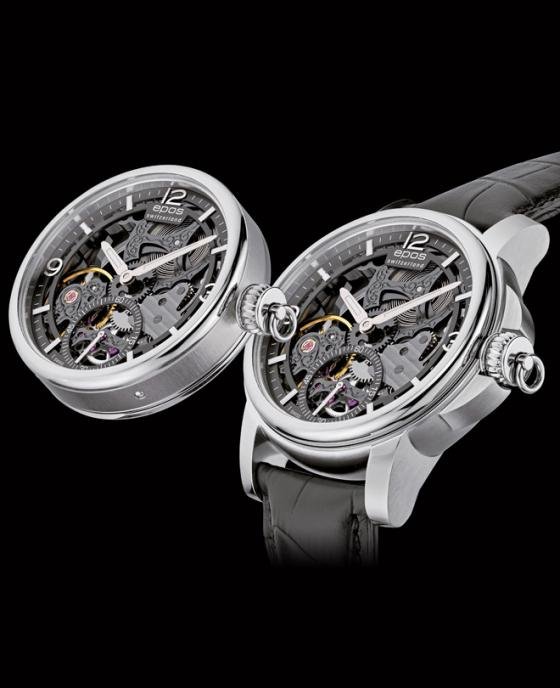 Transparency and versatility guided Epos in the creation of the 3429 Skeleton. This wristwatch transforms effortlessly into a pocket watch, simply by releasing the case attachment system on one of the vertical sides. A foldaway stand means it can also be admired as a desk clock. The Unitas 6498 calibre is thus reunited with its original function, which is to equip pocket watches. Epos has embellished this movement with engraving, while skeletonisation creates magnificent transparency. Such meticulous finishing is highlighted by the simplest of dials, comprising a minute track, small seconds and hour-markers, and proposed in a choice of colours that includes ruthenium grey and bright green. This transformable timepiece is produced as a 2,015-piece limited series.