Working within limits: the latest limited edition by Ernst Benz and Anthony Liggins


Working within limits: the latest limited edition by Ernst Benz and Anthony Liggins

You might be familiar with Anthony Liggins already. The abstract expressionist artist is highly renowned on the contemporary art scene, with his work presented at the Smithsonian and even at US Embassies around the world.

When it came time for Liggins to put his name on a watch, he selected the relatively small Swiss watchmaker Ernest Benz. Named after its founder, the company was known originally for its highly legible 47mm signature watches based on reinterpreted mid-century aviation timekeepers. 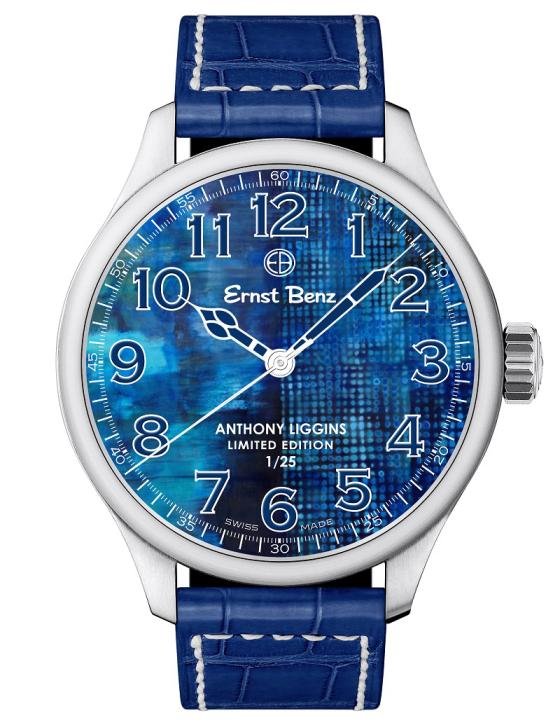 Since then, Ernst Benz has broadened its offering to include a full range of sizes across four separate series: Traditional, Contemporary, Instrument and Officer. But the company still remains modest in size and truly independent. That makes it a perfect partner for an artist looking to express himself without the limitations often imposed by the big brands. 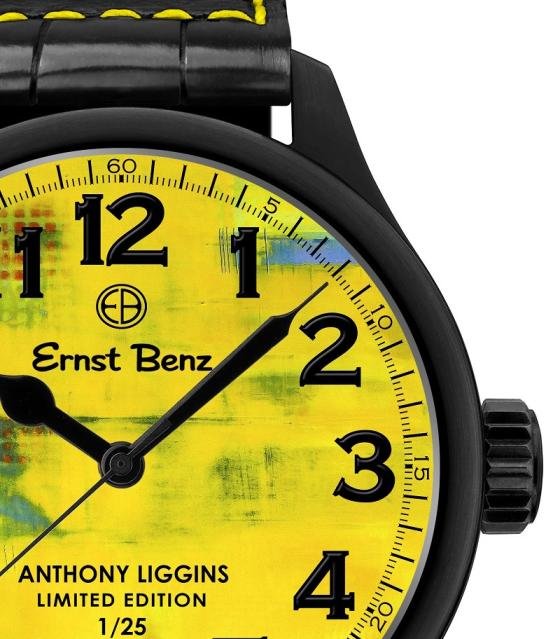 The “Art and Time” collaboration between the two started when Ernst Benz master watchmaker Leonid Khankin met Anthony Liggins at the Miami Art Basel fair. Khankin was struck by an extraordinary painting that Liggins had completed, which inspired him to produce a limited edition series of timepieces featuring Anthony’s paintings.

As you might expect, the canvas on which this partnership is expressed is on the dial of the brand’s signature 47mm sized ChronoSport model. The limited edition release by the collaboration includes 25 pieces of three different dial versions, each showing a signature Liggins painting in blue, red/brown or yellow. 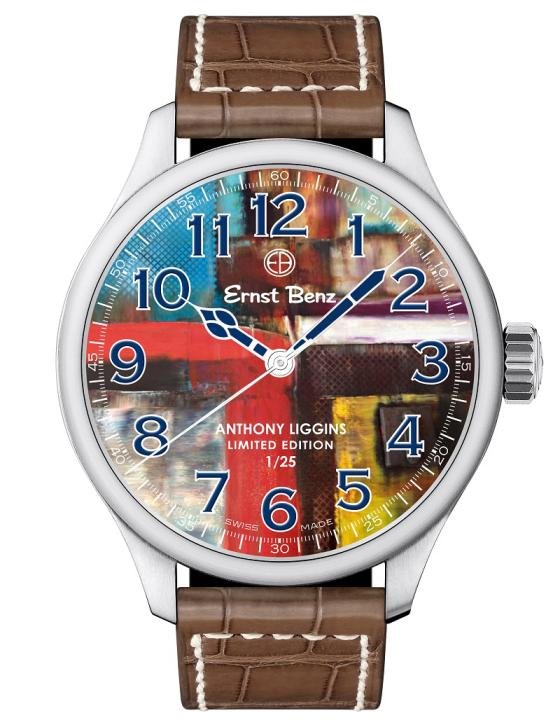 This doesn’t appear to be a partnership in name alone. Liggins doesn’t just lend his name to be placed on the watch dial; he is also involved in all stages of the design process. That means having a say on things like the dials, hands and indeces.

And that arrangement seems to be working quite well. They’ve already collaborated on previous watch collections, and it seems like they have all intentions to keep doing it. Part of the reason should be given to Khankin himself, who juggles between working as Ernst Benz’s managing director, master watchmaker, and salesman. 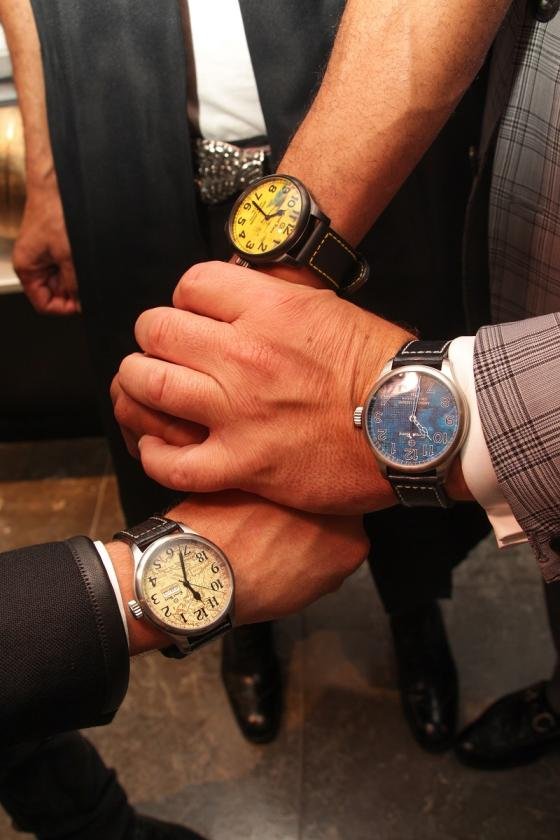 With that kind of business hustle, combined with some unique and notable partnerships, Ernst Benz is set for a serious market expansion. The only thing that might limit that – which is probably true for many small brands – is the time and capital needed for future innovation.