Romain Jerome is definitely one to stand out from a crowd. We’ve enjoyed their creative, bold, and futuristic dial designs over the years, which are certainly flashier than most. With the reworked Moon Orbiter GMT, we don’t get too much flash. But we definitely get a lot of substance. 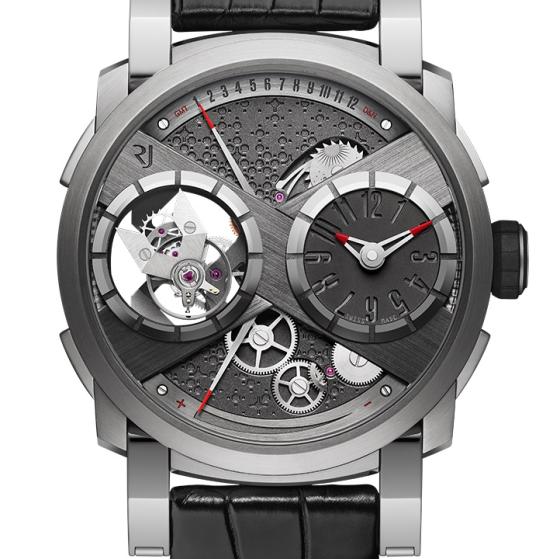 The brand has once again teamed up with La Joux-Perret to produce the new model, featuring a made-to-measure automatic movement which has been entirely redesigned. On first glance, it’s clear that design is based on the DNA of its predecessor, and the watch’s robust stainless steel case is a showcase of architectural watch design.

But the new watch is also a break from the previous model, which sported a rectangular case. The eyes are drawn to the centre on this model, where the dial is arranged around the brand’s iconic traverses. 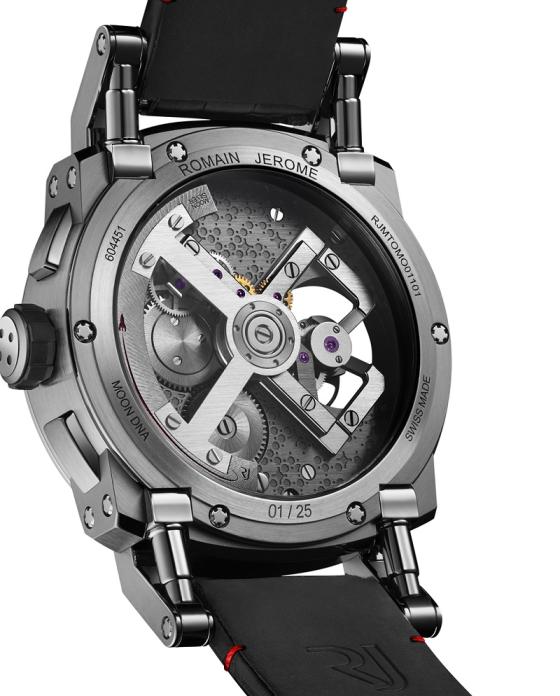 Going around the dial we have the flying tourbillon at 9 o’clock, balanced by the time dial at 3 o’clock. The tourbillon is particularly notable thanks to the bold bridges’ highly contemporary design. A new addition is the complication at 12 o’clock developed exclusively for this watch: a fully-integrated, jumping hour retrograde GMT feature.

Overall, the reworked Moon Orbiter design is more contemporary and more stylish in my opinion. Adding a further trendy touch are the redesigned hands that feature a red tip, a subtle nod to the “red Moon”. The black alligator strap enhances the look by reproducing that subtle detail with its red stitching. 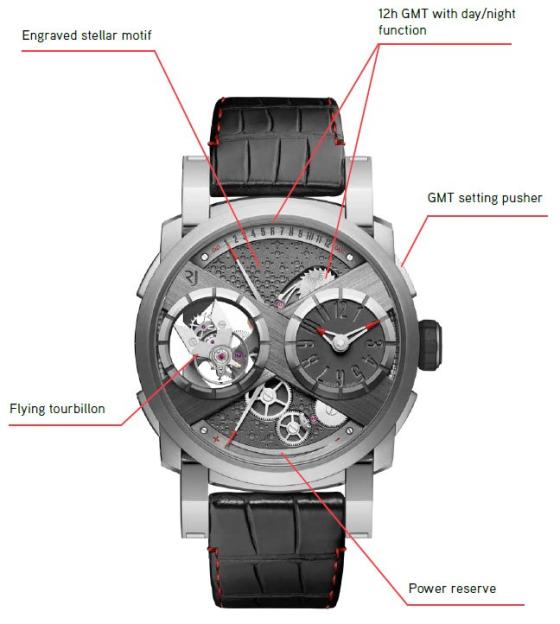 Despite all its new design features, maybe the most interesting thing about this watch is that it contains fragments from Apollo 11 within the case. And the inertia-blocks that balance the oscillating weight are made from an alloy – what they call “Moon SilverRJ ” - containing actual moon dust.

As it turns out, moon dust is hard to come by, and the new Moon Orbiter GMT by Romain Jerome will be produced in a highly limited edition of 25 pieces, with a six-figure price to match.