Making the rounds in the world of haute joaillerie, Kerbedanz has released a new mechanical ladies’ timepiece, the lavish and symbolic Tree of Life.

“Making sense of beauty,” that’s the motto of Swiss brand Kerbedanz. To help add meaning to their beautiful creations, the brand uses some of the most colourful and poetic language in the business when communicating with the press and their customer base.

They also rely heavily on natural symbolism and universalism in the concepts behind their watches. Other examples include depictions of Celtic and astrological symbols. 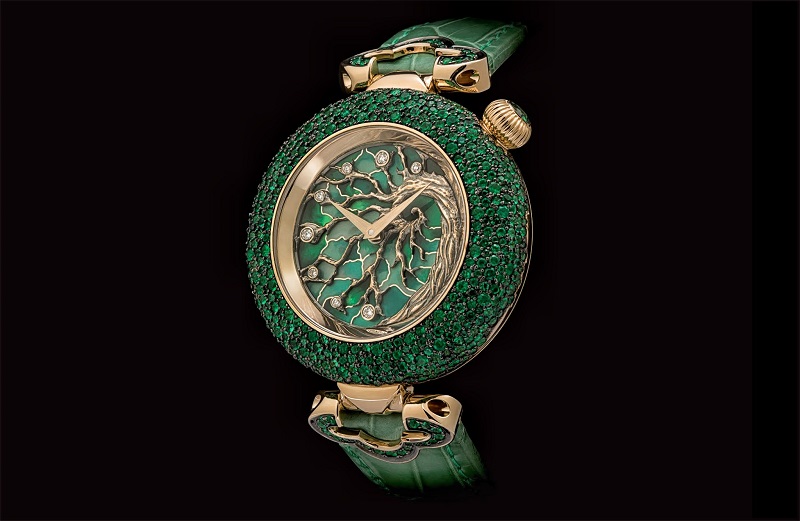 This time around they have chosen The Tree of Life, symbolizing physical and spiritual growth, releasing a unique piece going by the same name.

The impressive timepiece features a total of 540 carefully selected and cut emeralds, which have been sprinkled in a snow setting around the bezel. The watch is a jewellery accomplishment in itself, as it continues the family dynasty of engravers, enamellers and miniature sculptors, which have kept the watch well rooted in ancient jewellery traditions. 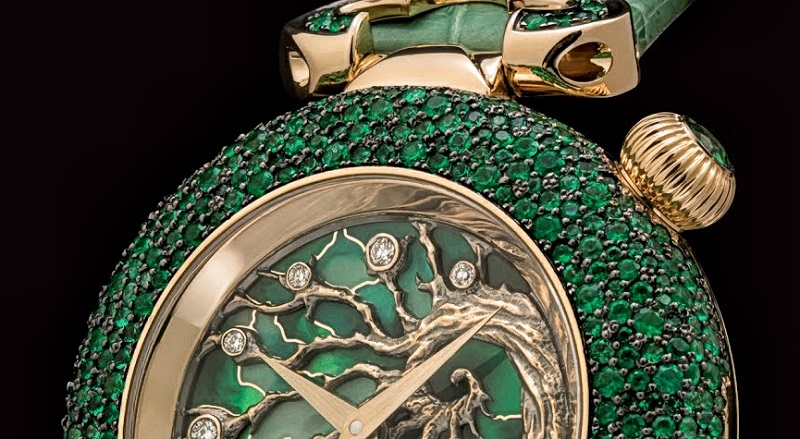 The 18-karat yellow gold and dial within depict a flowering tree planted in a mossy undergrowth. With its branches that reach towards the sky, the design pretends to the spirit of the Garden of Eden. At the tip of each branch relief we have set diamonds, which are supposed to evoke the forbidden fruit.

Overall, The Tree of Life is meant to represent the connection between divine immortality and the human condition – talk about symbolism! But how does it do in telling the time? 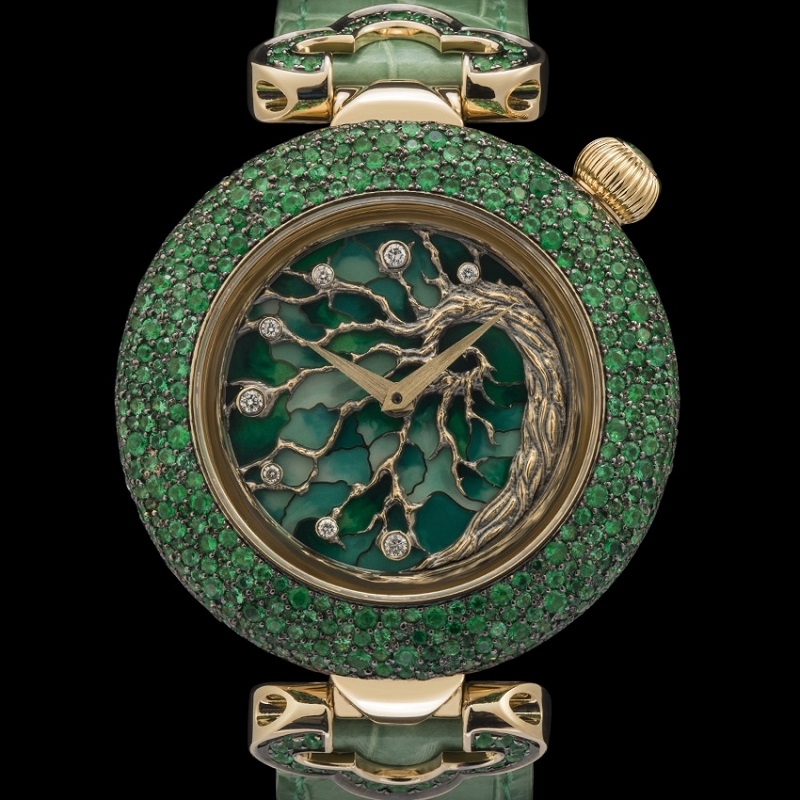 Mechanically speaking, the watch is, in fact, much more serious than meets the eye. It boasts a fine Swiss mechanical automatic movement, the KRB-03 calibre, which has been manufactured and decorated by Kerbedanz and Technotime. The 35 jewel movement delivers up to 120 hours power reserve without problem, meaning the wearer will be able to contemplate the symbolic meaning of the watch – and perhaps even life itself – over the span of about 6 days.

According to the Neuchâtel-based, “this is a watch that explores the frontiers of female inaccessibility.” And they’re absolutely right; the watch is being produced only in 41 pieces. I suppose that makes sense; they say the Garden of Eden wasn’t just for anyone either.