The independent Swiss watchmaker revs up its Champion collection with the addition of a limited edition sports chronograph inspired by the renowned Targa Florio auto race.

Eberhard & Co. has continued its strong bond with auto racing and vintage cars with the release of its new Champion V Targa Florio wristwatch. The renowned Targa Florio was established in 1906 and became known as the “world’s oldest and most famous” automobile race. It also became an icon of Italy, taking drivers on a tour of the beautiful mountains of Sicily.

Having left its mark on the history of motor sports, the independent watchmaker is celebrating the 100th edition of the Targa Florio this May by introducing the new, limited edition sports chronograph. 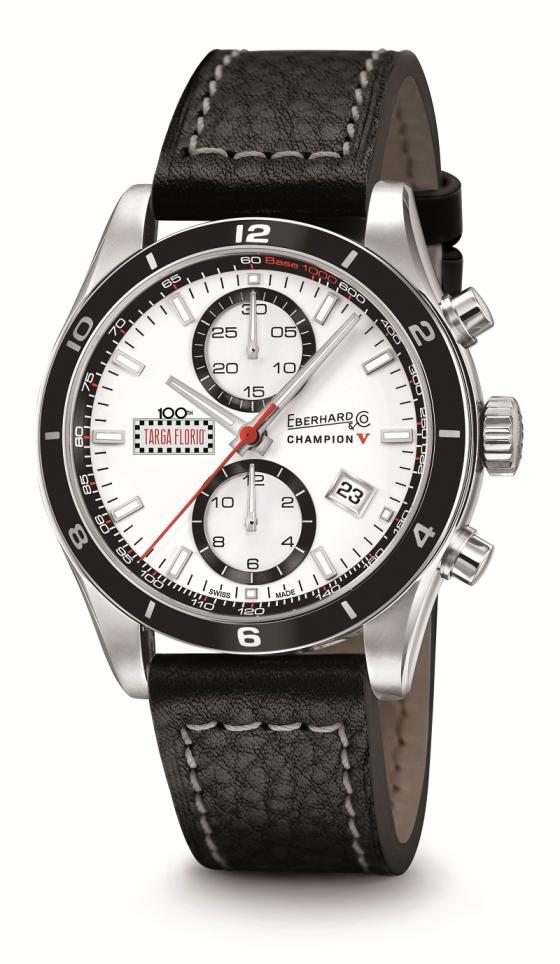 The watch is based on the brand’s popular Champion V, which was first introduced in 2012. But the heritage of the Champion line goes back about 20 years, which lends its retro clean and sober look to the latest Champion V model as well.

While the watch is clearly a sports chronograph, it is equally elegant and sophisticated. The automatic watch sports two counters, one for the minutes and one for the hours. They provide a nice balance on the dial, which is customized with the logo of the 100th edition of the race. The colour choice of black and white, alluding the checkered finish flag, also alludes to motor races. 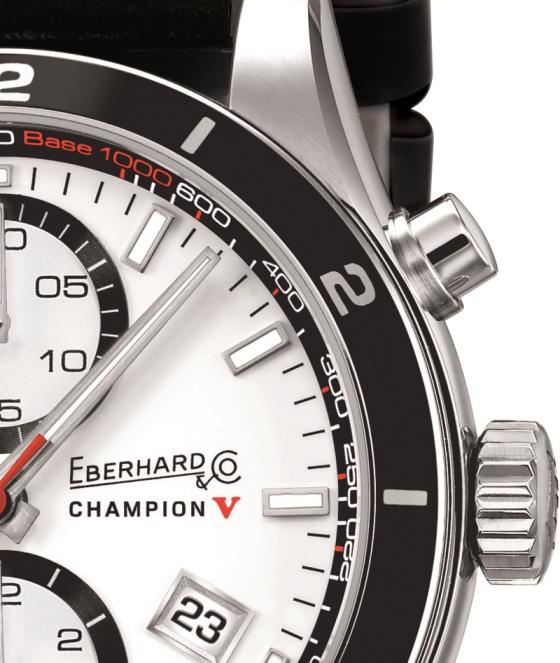 Eberhard & Co. has been around since 1887, producing high-quality timepieces as one of the major players on the “old-timers’ scene” of the watch industry. Partnering with one of oldest races in the world and releasing a tweaked edition of the Champion V makes some sense. And the end result is a clean and sporty watch that I would gladly wear myself.

But in terms of novelties, we’re more looking forward to the release of a completely new watch later in 2016, which Barbara Monti, the company CEO, suggested would “contain a page of our history” according to our exclusive CEO survey.