The manufacture’s new Blue Empire collection speaks to a rich brand history that’s dedicated to the sophisticated women of today.

When a brand’s founder is the direct descendant of Napoleon, it’s not much of a surprise when one of his collections also carries an imperial ambition in its name.

The brand in question is DeWitt, and its latest creation is called the Blue Empire, a collection of jewellery watches dedicated specifically to women. The range consists of four different versions of simple yet sophisticated timepieces, available in both automatic and quartz movements. 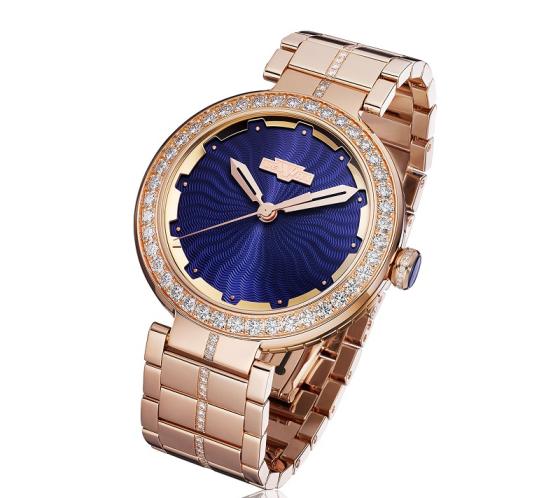 Now that we know where the ’Empire’ part of the name comes from, it’s also quite clear that the ’Blue’ is based on the vibrant midnight blue dial, which has been finished with a guilloché sunray pattern.

The collection carries traditional design elements that the brand is already well recognized for. In this watch I particularly liked the open-worked double edge sword hour and minute hands.

The DeWitt imperial columns – another distinctive feature for the brand - have also been revisited in this model, accentuating the dial with 12 indexes that indicate the hours.

The slender 36 mm diameter watch is available in either 18-carat rose gold or 18-carat gold and steel models. And if the diamonds around the dial of the base model aren’t enough, the wristband of the rose gold model is set with another thin line of round diamonds. 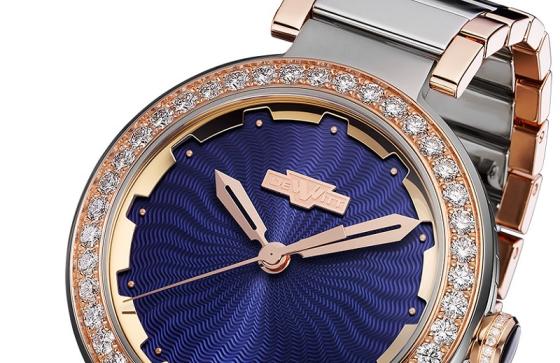 Combined we have 150 round diamonds that illuminate the gold version of the watch. The combination of polished gold, diamonds and blue embellishments give it that added touch of refinement, not making the diamonds overbearing by any means.

In true imperial style, DeWitt proves once again that diamonds are a girl’s best friend with the new Blue Empire collection.