The watchmaker and the Barry Foundation have joined forces to save the lovable Saint Bernard and celebrate their contribution to Swiss alpine identity. 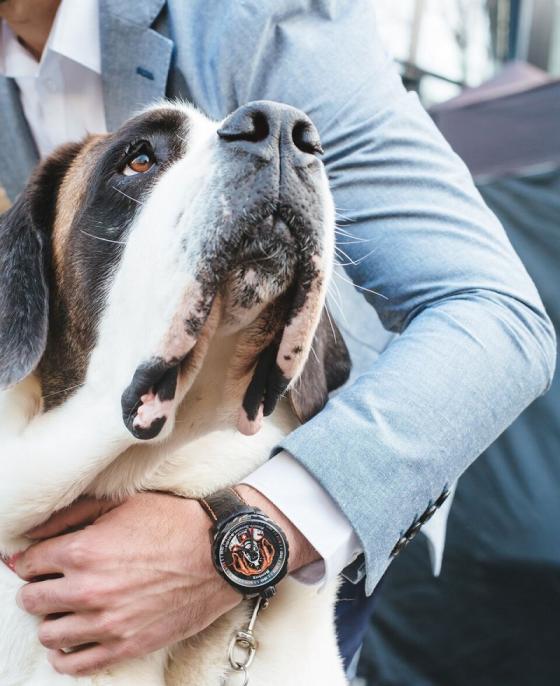 Switzerland is known for a lot of good things: chocolate, cheese, fine watchmaking. Another icon of the Swiss alps is the noble Saint Bernard dog, which Bomberg has placed front and centre on its latest release, the Bolt-68 Automatic Barry.

The big mastiff canines – the biggest of which are almost 1 meter in height and weigh 85kg - have done some of their best work in the Great Saint Bernard Pass, which connects the north and south of Switzerland. At the peak of the passage, monks have been known to rescue travelers caught in storms and avalanches at 2,500m above sea level. They have been accompanied in their efforts by the iconic Saint Bernard dog, with its famous barrel of schnapps carried on the collar. 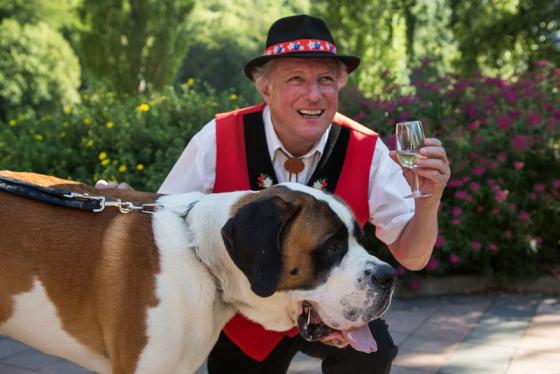 For centuries, Saint Bernands have helped rescue some 2,000 people in the imposing Swiss alps. Today they don’t help in mountain rescue operations, but the sociable and gentle animals help children and the elderly going through difficult times or struggling with behavioral disorders.

The Barry Foundation – a charity named in honour of Barry, a legendary avalanche dog who saved the lives of 40 people between 1800 and 1814 - continues breeding the Swiss national dog. Around 20 pedigree puppies are born at their kennels every year, one of which is always named Barry to honour the heroic predecessor. 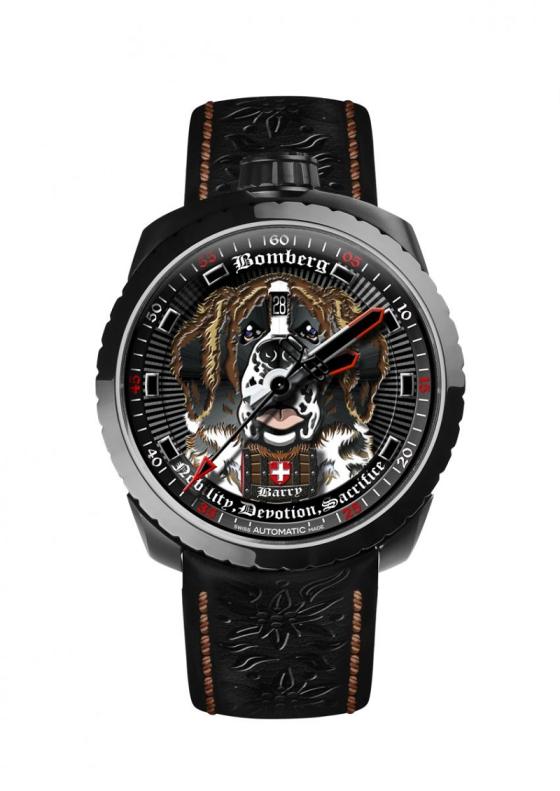 The Bomberg Bolt-68 Automatic Barry naturally pays tribute to these dogs and their contribution to Swiss alpine identity. The large head of a Saint Bernard dog is front and center of this black PVD treated watch. There are even traditional Swiss edelweiss flowers adorning the brown leather strap to complete the alpine image.

Just like with all Bolt-68 watches, an ingenious bayonet system with a trigger guard allows the timepiece to be detached from its base and attached to a metal chain, transforming into a masculine pocket watch. 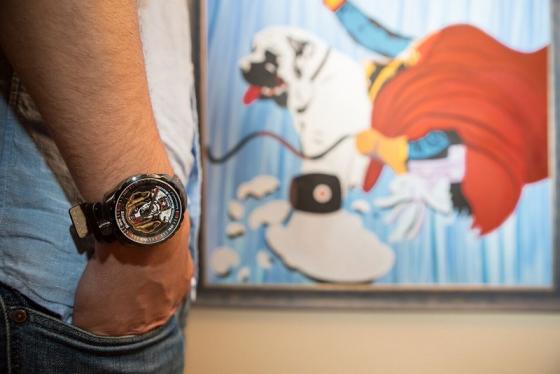 The Saint Bernard could always be counted on, even in the toughest conditions of the Swiss alps. Bomberg is suggesting that its watches can do the same with this latest model. The Bolt-68 Automatic Barry probably won’t save your life, but it will definitely get you noticed, whether you’re in the alps or not.